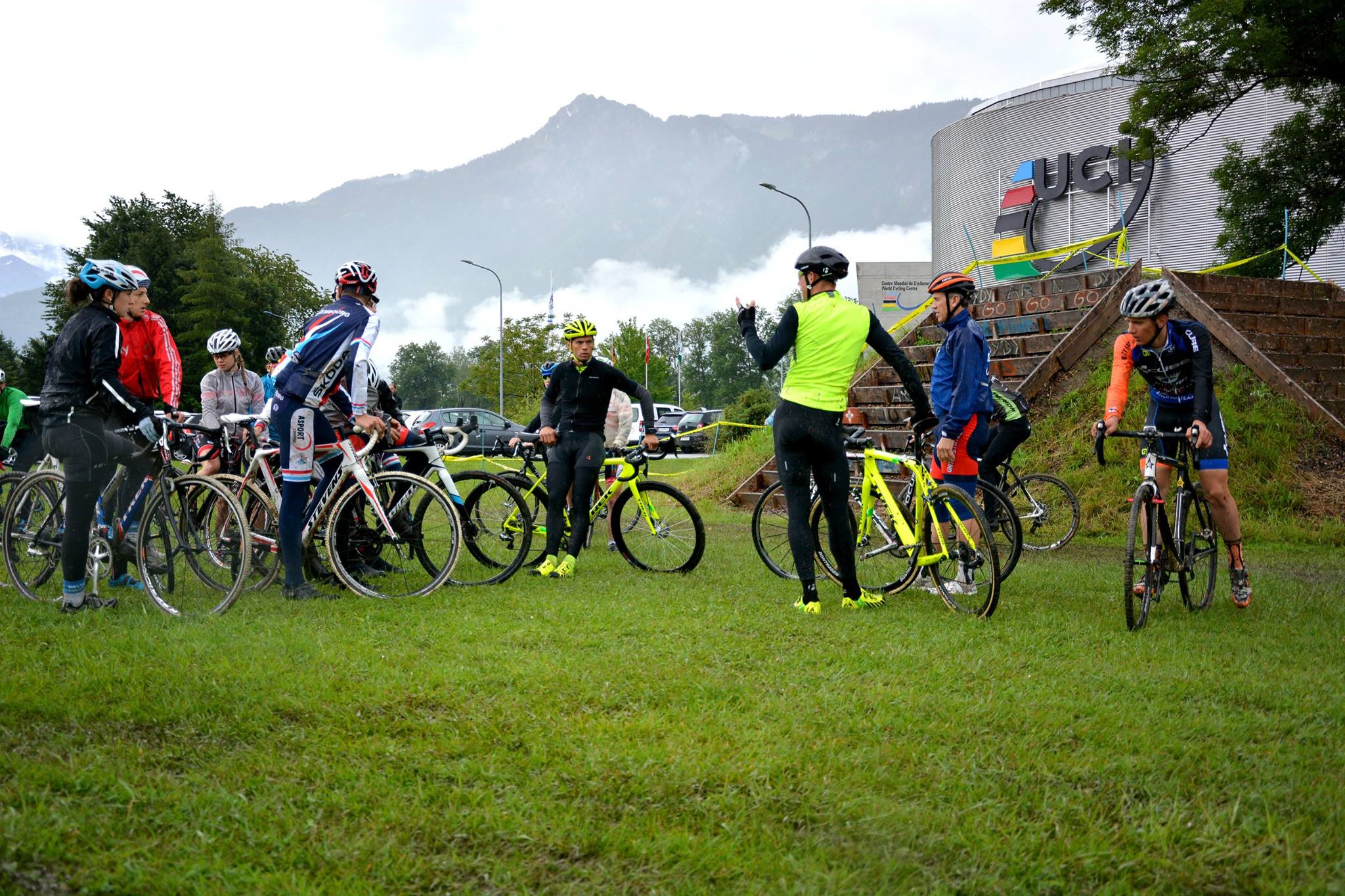 They come from thirteen different countries and speak seven different languages, but they all have one major point in common: a great desire to improve their cyclocross skills.

And who better to learn from than two of Belgium’s leading figures in the discipline Sven Nys and Sven Vanthourenhout. “The two Svens” need little introduction: recently retired Sven Nys is a three-time UCI World Champion and winner during his career of almost everything going, while Sven Vanthourenhout also has several UCI World Championship medals to his name including two bronze medals at Elite level.

The cyclocross development camp is taking place at the UCI World Cycling Centre (WCC) in Aigle, Switzerland, this week for the fifth consecutive year.

Since its inception in 2011, the annual five-day camp has welcomed promising young athletes from the world over, many of whom have gone on to clock up international successes. USA National Cyclocross Head Coach Geoff Proctor has headed up every edition of the camp, and this year enlisted the expertise of fellow UCI Cyclocross Commission member Sven Nys and Sven Vanthourenhout. Both jumped at the chance to help the upcoming generation of the discipline’s riders.

“It is really good that international riders can come here to Aigle to learn more,” says Nys.

“We can teach them a lot and show them the small things which can make all the difference.”

He adds: “They are all incredibly motivated and if I see them next season at a race and they can tell me that they have improved, then I’m happy.”

For Vanthourenout, the camp is a return to the venue of his UCI World Cup victory in the grounds of the UCI WCC in 2005. He is only too pleased to take the young riders over the same terrain:

“These riders’ biggest weakness is that they come from countries that do not specialize in cyclocross. We can help them with technical parts of the sport that they need to work on. They can progress an incredible amount in just a few days.”