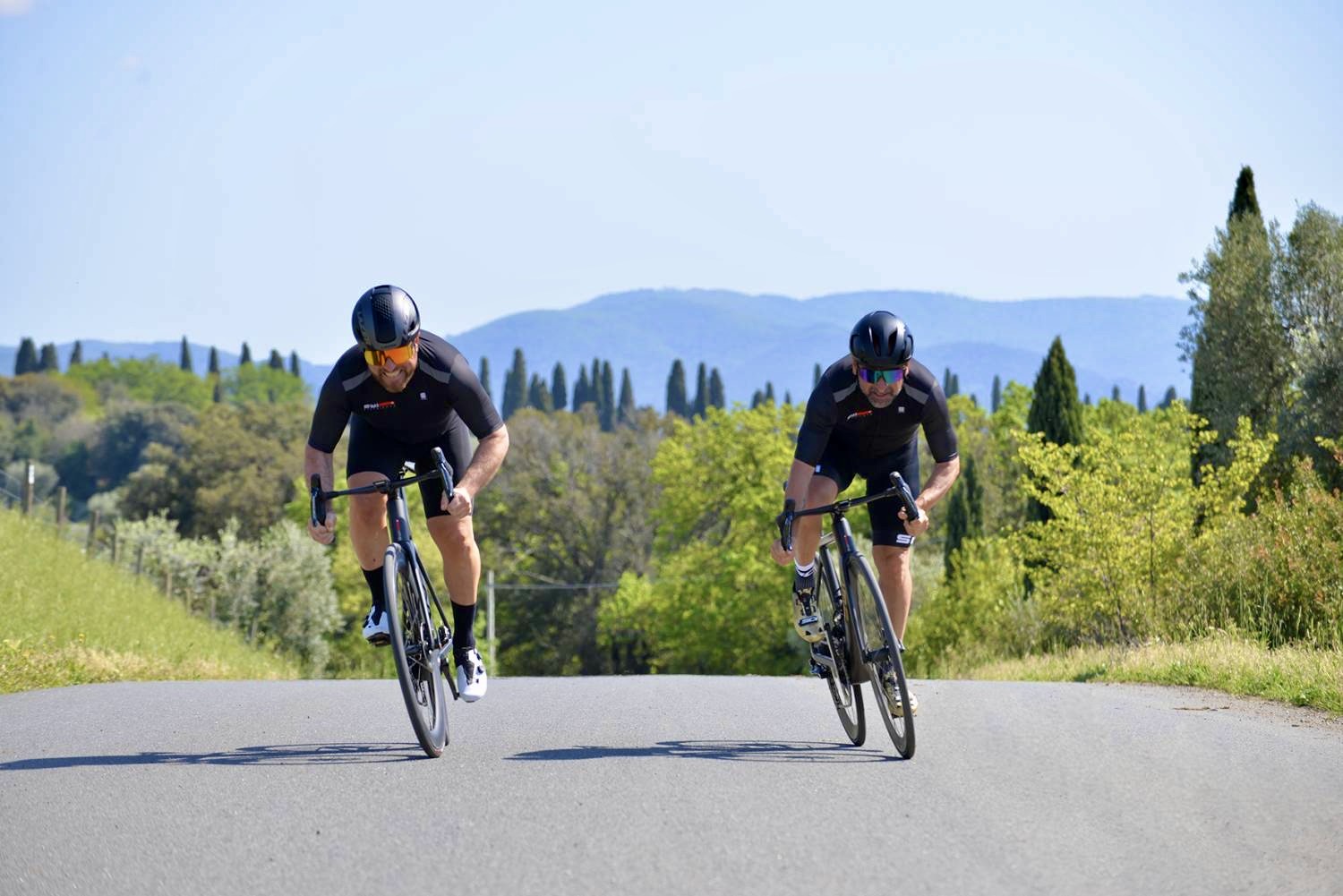 The newly formed Swiss brand, SWI Cycling, is making its debut into the high end road bike segment with the unveiling of the Thrama, a bespoke carbon frameset that boasts handmade craftsmanship in Italy that’s backed by well-known ex-pros Paolo Bettini and Luca Paolini.

“We enlisted the help of former professional rider Luca Paolini for product development and road testing. Luca was then joined in the role of brand ambassador by two-time World Champion, and Olympic Champion, Paolo Bettini, who has always been attentive to technological and material development applied to what really counts: the feedback and experience that only the road can give”, explains SWI Cycling.

“When SWI proposed to me this collaboration, I accepted immediately putting myself at the disposal of the project. As soon as I tried “Thrama” I realized that I was dealing with a product of the highest level, both in terms of performance and comfort. It has an elegant and at the same time attractive design, but what is breathtaking is the responsiveness of the frame and the precision of riding is really out of the ordinary. The secret of this bike goes beyond what you see; it is hidden in its soul, in its most intrinsic technical features,” says Paolini.

“Thanks to the great work on details and the technology at our disposal, we were able to arrive at a frame weighing between 650 and 760 grams depending on size, that is, among the lightest in the world”- Paolo Bettini continues. “This ensures that the weight of the complete bike always remains around 6.8 kg, the minimum allowed by the UCI in terms of weight. The Thrama is set up for disc brakes and electronic shifting only and equipped with top-of-the-line Shimano Dura-Ace R9270, SRAM RED eTap AXS and Campagnolo Super Record EPS groupsets, all 12-speed,” adds Bettini.

The Thrama features a uni-directional carbon fiber construction throughout, while an outer layer of 3K carbon is arranged in a herringbone pattern that gives the frame a unique and unmistakable aesthetic. In addition, SWI has a patented technology called UFS TECHNOLOGY, which allows the frame to be built from a single mold, making it one of the very few truly monocoque designs on the market, while other features that highlight the Thrama include full, internal cable routing, flat mount disc brakes, a round seatpost with a wedge-style clamp, a PressFit bottom bracket, 12mm thru-axles and 1.5″ headset.

As for wheels, the choice is top-of-the-line as well, with pricey hoops offered from Lightweight, DT Swiss, Shimano Dura Ace and Campagnolo.

The Thrama is offered to the public through direct sales only, along with individual or group test rides, allowing customers to try a bike in person and interact with SWI’s technical staff for the creation of their own personalized bike.

The Thrama is available in 7 standard sizes ranging from 48-60cm, while custom geometry is also an option.

“Our approach is based on feedback from customers after the dedicated Test Ride, which allows us to build together with him the bike of his dreams,” explains Luca Paolini.

“Thanks to THIN PLY TECHNOLOGY – a technology used in cutting-edge industries such as Swiss watchmaking, applied by SWI for the first time in cycling – we are able to process carbon starting from very thin layers that can be added, rotated or removed to create a stiffer or more comfortable frame based on the different needs of the customer. This way each customer can have a bike that is unique, just like him,” he adds.

You best be prepared to plop down plenty of money as the Thrama frameset alone fetches a whopping 7900 CHF, which includes a Vision Metron seatpost and the brand’s 5D ACR integrated handlebar and stem.

For complete builds, a bike equipped with the aforementioned groupsets and wheels start at a staggering 15,000 CHF.