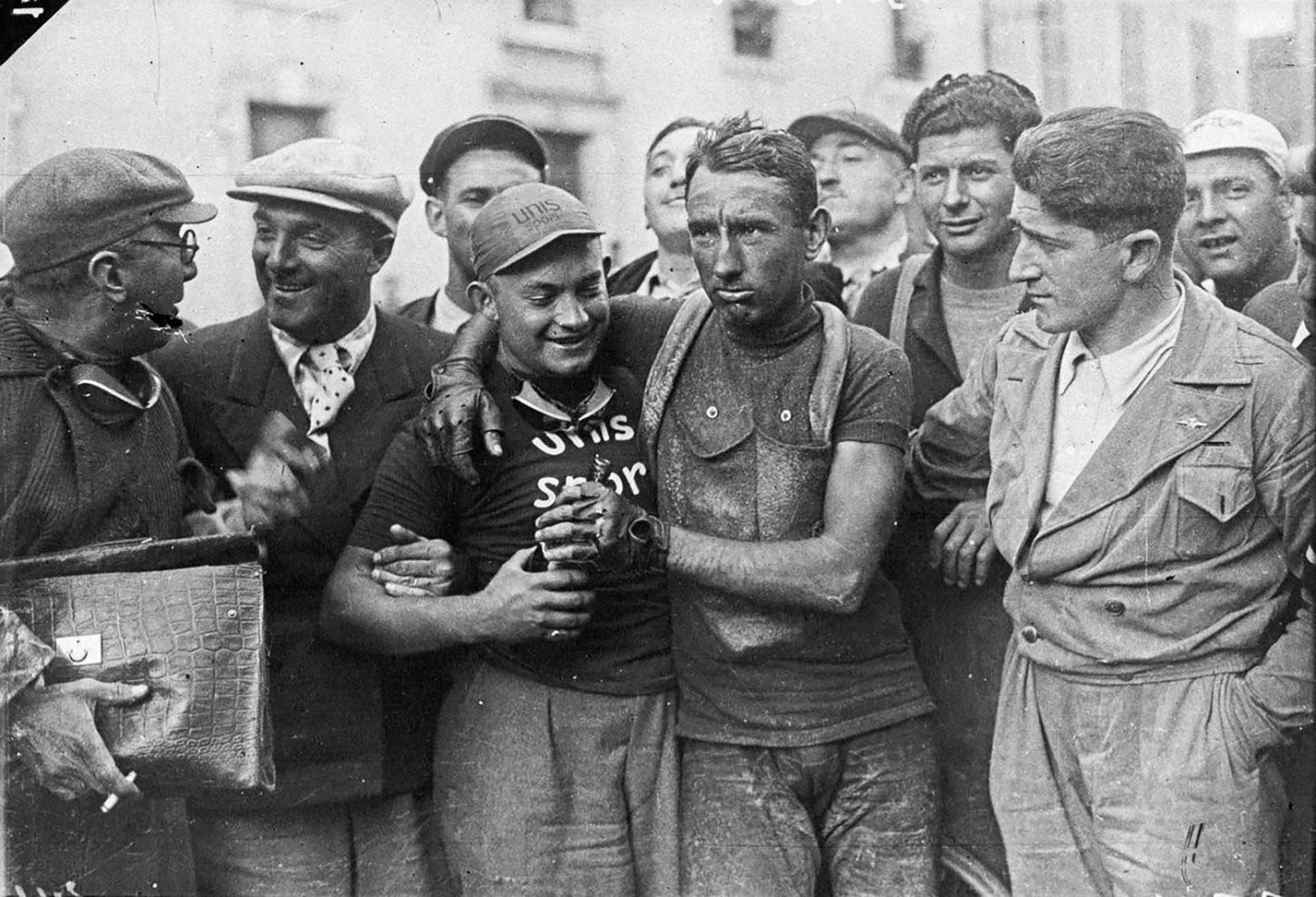 The Belgian rider is best remembered for winning the 1936 Tour de France ahead of Antonin Magne of France and Felicien Vervaecke of Belgium, followed by another victory in the French Grand Tour in 1939, this time triumphing over Rene Vietto of France and Lucien Vlaemynck of Belgium.

He also won the Mountains Jersey in that year’s Tour as well.

In addition, Maes he won the 1933 Paris-Roubaix Classic in front of Julien Vervaecke of Belgium and Leon Le Calvez of France.

Born the youngest of ten children, Maes rode his first race in 1928, when he was immediately recognized as a rising young talent.

Maes later embarked upon a professional racing career in 1932, and within a short time managed to win two races.

However, the following season catapulted Maes to celebrity status amongst the Belgian people, after winning the 1933 Critérium International de Cyclocross, which was considered the unofficial cyclocross world championship of the day, followed by his first major victory after claiming the prestigious Paris–Roubaix Classic.

From there, Maes turned his focus entirely on the Tour de France, making his debut in 1934 that included winning a stage and finishing in the top-ten in the overall classification as an independent rider.

Maes started the 1935 Tour de France again as an independent rider. But, when Joseph Moerenhout, who rode for the Belgian national team, was forced to abandon the race, the rules at the time allowed him to take his place on the national squad.

Maes went on to win a mountain stage in the Pyrenées, and finished an impressive fourth place in the overall classification.

The following season, Maes started the Tour de France as a member of the Belgian national team, quickly moving into the overall race lead after Maurice Archambaud lost time during the seventh stage. After that, Antonin Magne became Maes’ closet opponent, with both riders testing each other’s might during the ninth stage.

Magne rode away on the Allos, the last climb of the day, and gained three minutes on Maes. However, Magne later fell as a result of a spectator interfering (trying to push him on the climb), which allowed Maes to regain some ground on his French rival.

During the 16th stage, Maes escaped early on, with only Yvan Marie and Felicien Vervaecke able to respond to his aggressions.

Marie was the first rider to lose contact, while mechanical problems plagued Vervaecke during the climb of the Tourmalet, allowing Maes to ride clear and gain a staggering 15 minutes on Magne.

From at that point on, Maes rode unchallenged, and went on to easily win the Tour.

Maes was again the leader of the Belgian team for the 1937 Tour de France.

It wasn’t long before Maes took over the race lead from Gino Bartali, who was weakened by a fall during the ninth stage.

After Bartali was forced to abandon the race, it was clear that the battle for the overall victory would be between Maes and Frenchman Roger Lapébie.

Sensing that Lapébie’s chances of winning were at risk due to Maes’ superior skills as a time trialist, race organizers (who happened to be French) decided to reduce the number of team time trials.

As rivalries intensified, the Belgian team also accused Lapébie of being pulled by a car during one of the Alpine climbs, while legend has it, Maes was approached by a person during a rest-day before the race hit the Pyrenées, offering him 100,000 Belgian Francs if he would let Lapébie win the race, which he refused.

During stage fifteen in the Pyrenées, Maes opened up a large margin over Lapébie. But, an ill-fated puncture allowed Lapébie to make up lost time.

Julián Berrendero went on to win the stage, while Lapébie won the sprint for the second place.

As a result, Lapébie was awarded 45-seconds in bonus points, but race organizers subsequently gave him a 90-second time penalty for receiving a “tow” from a vehicle, which lead to Maes gaining an advantage of more than three minutes.

Still, the Belgian team complained that the penalty was not enough, but when the French team threatened to abandon the race if the penalty was increased, race officials ignored the protest.

Meanwhile, an undeterred Lapébie sensed weakness in the Belgian team, and planned an attack for the next stage.

Indeed, Lapébie finished well ahead of Maes in stage 16, cutting the Belgian’s lead to only 25 seconds. Things continued to spiral downwards for Maes, after he was given a 15-second time penalty by race officials for accepting help from Gustaaf Deloor and Adolf Braeckeveldt with a puncture, who were not members of the Belgian team.

The race got worse for Maes when race officials closed a train crossing just after Lapébie had passed, leaving Maes stranded on the opposite side of the rails. As a result, a disgusted Maes, along with the entire Belgian team quit the race.

In Belgium, supporters rallied against the Tour de France organizers, which resulted in 20,000 protest letters being sent to them in less than 24 hours and more than 100,000 Belgian Francs being raised for the team in less than 10 days.

Maes was again the team leader heading into the 1938 Tour de France. But, poor form prevented Maes from living up to expectations, forcing him to pass the team’s leadership role to Felicien Vervaecke.

Alas, Maes finished a disappointing 14th place in the Tour, but was able to find some solace in his two second place finishes in the La Flèche Wallonne and Tour of Flanders Classics earlier in the season.

Maes resumed leadership of the Belgian team for the start of the 1939 Tour de France, and with the Italian team not starting, he and his Belgian squad became the race favorites.

A superior performance by Maes in the Alps, as well as the time trial events, led to him triumphing over French rival René Vietto by a massive 30 plus minutes, earning him both the mountains classification and overall title.

However, 1940 saw Maes’ chances at winning a third Tour de France interrupted by the Second World War, which led to the cancellation of most professional races around Europe.

In order to earn a living, Maes worked as a bartender in the interim.

Maes finally returned to racing in 1947, finishing a paltry fifth place in that year’s Giro d’Italia.

As the defending Tour de France champion, he was allowed to be wear the maillot jaune (yellow jersey) at the start of that year’s French Grand Tour, but he resigned at the last minute.

From 1949 to 1957, Maes was the director of the Belgian national team for the Tour de France.

After that, he opened pub in Gistel, named Au Tourmalet.

In 2011, a museum in Gistel was opened in his honor, alongside Belgian Classics Champion Johan Museeuw.