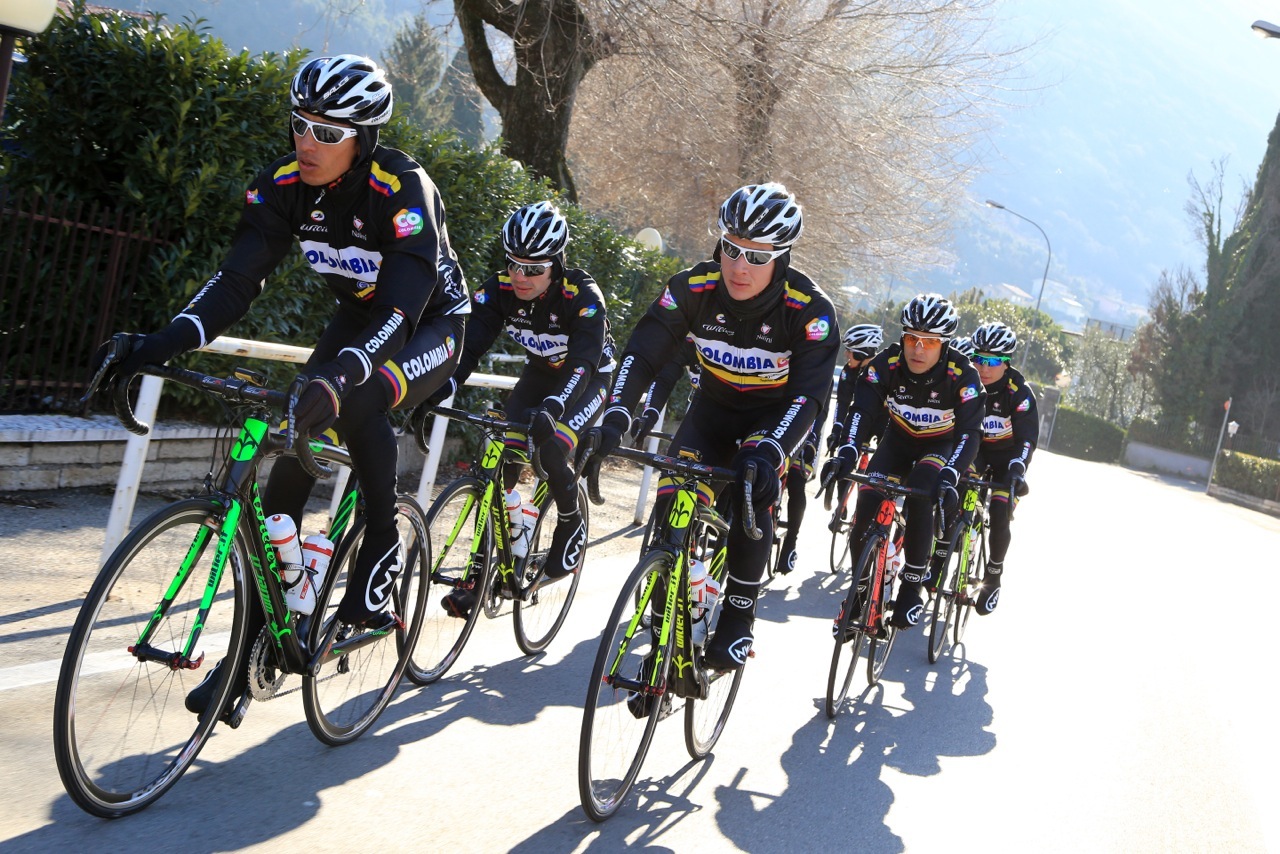 Sadly, a lack of funding has forced team Colombia-Coldeportes to shutter its operations for 2016.

Last week’s speculation that the Colombian team was in dire financial straits, ultimately came to bear this week, as the team’s management announced today, that the Colombian Sports Ministry failed to contribute the necessary funds to keep the team solvent.

“It is obviously very sad to bring an end to a spell that was begun with enthusiasm and high hopes. And above all after several seasons in which the team was able to earn the esteem of the global cycling landscape,” said team manager Claudio Corti in a statement.

“Unfortunately, the final decision from Coldeportes was communicated to us in the past few days, meaning we couldn’t continue proceedings with the UCI, nor give another opportunity to all the team – riders, sports directors, staff and sponsors – that have worked with us over the past year.”

The team has raced since 2012 as a Professional Continental outfit, the only one from South America to be competing in cycling’s second tier. It has ridden a broadly European programme, allowing riders like Darwin Atapuma and Esteban Chaves – fifth overall at the Vuelta a Espana this year – to come through the ranks.

The team recorded 11 victories over the course of its four-year existence. It rode three Grand Tours – twice invited to the Giro d’Italia and once to the Vuelta – as well as top-level one-day races like Il Lombardia, Milano-San Remo, and Liege-Bastogne-Liege. However, it never made the Tour de France.

“I regret not managing to take this Colombian squad to the Tour de France, because I believe that the time had come to achieve that goal,” said Corti.

“The Colombia-Coldeportes team was created to be something more than a mere cycling project. The value of this team’s presence cannot be measured simply by sporting results, but rather by the impact that it has had upon the image of Colombia on the sporting landscape and, moreover, upon the promotion of its identity, culture, and tourism.

“To all those who participated in and contributed to this project over the years, I offer my most sincere gratitude. So, too, do the President of Colombia, Juan Manuel Santos, and the Director of Coldeportes, Andrés Botero, both of whom believed wholeheartedly in this project and without whom the return of a Colombian team to the highest echelons of cycling would never have been possible.”

In recent years, Team Colombia was successful in receiving wildcard innovations to the Vuelta a Espana, Giro d’Italia, Milan-San Remo and Liege-Bastogne-Liege, as well as a hand in developing young talent such as Esteban Chaves (Orica-GreenEdge) and Jarlinson Pantano (IAM Cycling), who went to join WorldTour teams.