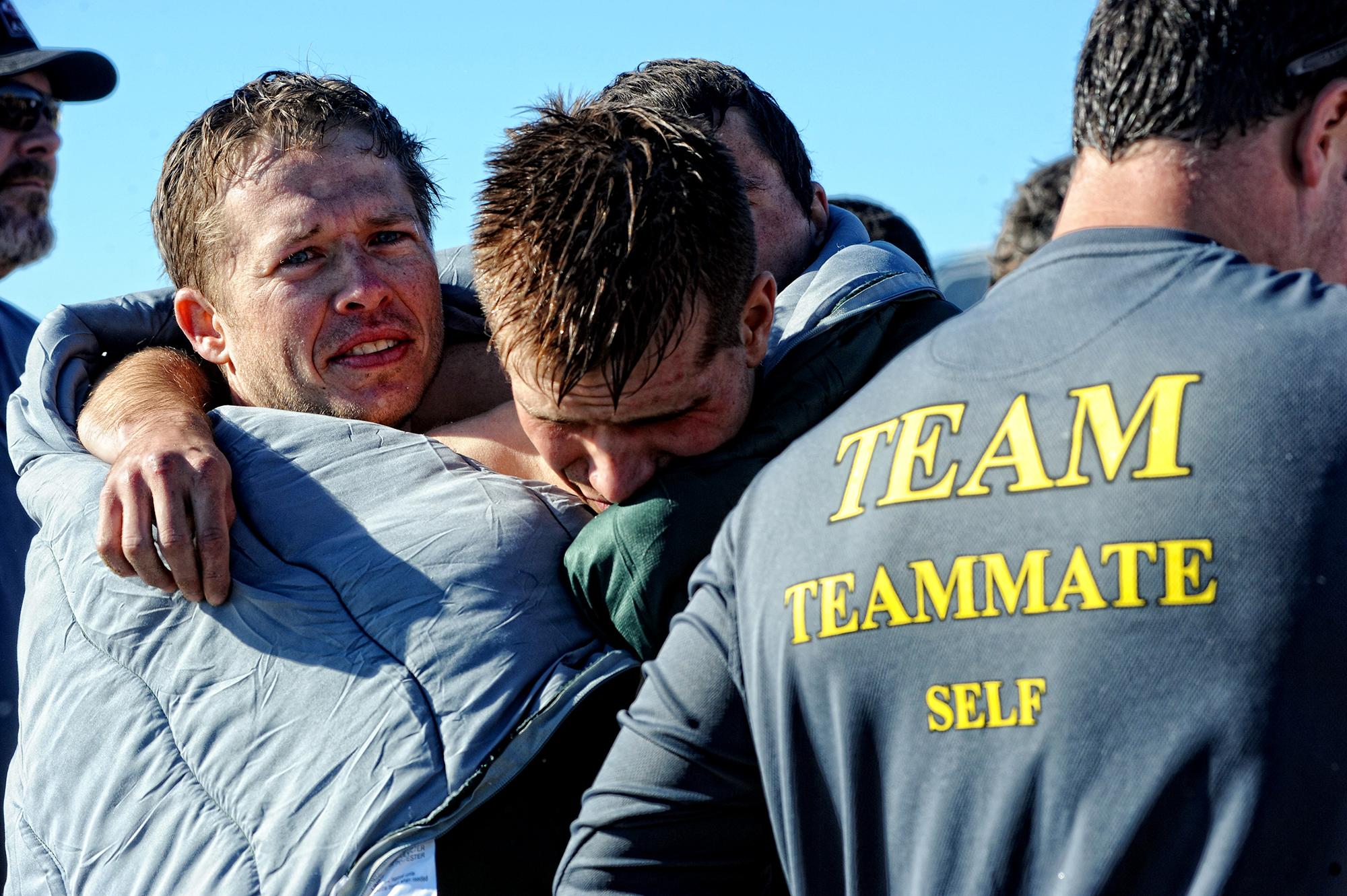 However, much to their surprise, the riders were roused at 4AM on the first day, to take part in a rigorous team-building exercises led by former US Navy Seals and special operators.

“I really believe we are going to see the results of this camp over next season,” Team Novo Nordisk Vice President of Athletics Vassili Davidenko said.

“This type of camp serves as a great method for a young team like ours. We have a limited pool of riders and want to develop them to the next level, therefore we needed to look at alternate strategies to help push them, and that’s what this camp did.”

Over a 36 hour period, the riders were  pushed to their absolute physical and psychological limits in exercises designed to be taxing but empowering.

As a rising cycling star in the former Soviet republic of Georgia, Davidenko attended military-style training camps, but he says those camps were different from the modern-day version Team Novo Nordisk did.

“There are many safety requirements in place today that just didn’t exist in the Soviet Union. If you made any mistakes in those old camps,” he says, “it could be costly.”

“These days, it’s less about actual survival, and much more about bonding”.

“Some of the riders were skeptical of the camp at first,” Davidenko says. “But our team is young, and they all want to succeed and get to the top. They want to be in the races and do well. These exercises can only help them do that.”

“The leaders were at the same levels as the young riders,” Davidenko tells Business Insider, “and they all worked together to bond and get the job done. When they go race their bikes, there is a strategy in place, and sometimes it works, sometimes it doesn’t. Sometimes a young rider might get dropped early after doing his job, and then he’s out of the game.

“But in this case, they’ve all been staying together from beginning to end, with no one left behind. It’s a great exercise for a young team, and we’re going to see results in the first half of the season.”

“In cycling you can’t rush. You have to go step by step. If you start rushing, you may burn out your team. We analyze every single race, and we ask, ‘Why do we need to go to this race? What races do we need to do before these races to prepare? What about recovery?’ We have a great team — directors, mechanics, masseuses, riders. We want to proceed slowly, but also make sure progress is there,” Davidenko further elaborated.

One of the team’s major sporting objectives is to one day race in the Tour de France — without question cycling’s grandest event.

“I was expecting that, at least in some cases, we’d need to push our guys a little bit,” Davidenko admits. “But I was surprised how well they worked together. That made me feel very good. It made me feel we have pride in the team, and the right riders in place.”

“A grand tour [a three-week stage race] is always on our minds, and a goal, but first we want to make sure we are ready for that level,” Davidenko adds.

He says he is very optimistic that, if the team continues its progress, it could possibly even get a wild-card entry into a grand tour, possibly the Vuelta a Espana or the Giro d’Italia, in 2017 or 2018.

This week, the team announced it had received its first UCI WorldTour stage-race invite, to the Tour de Pologne (Tour of Poland).

But the big goal is the Tour de France, which the team hopes to get to by 2021, the 100th anniversary of the discovery of insulin.