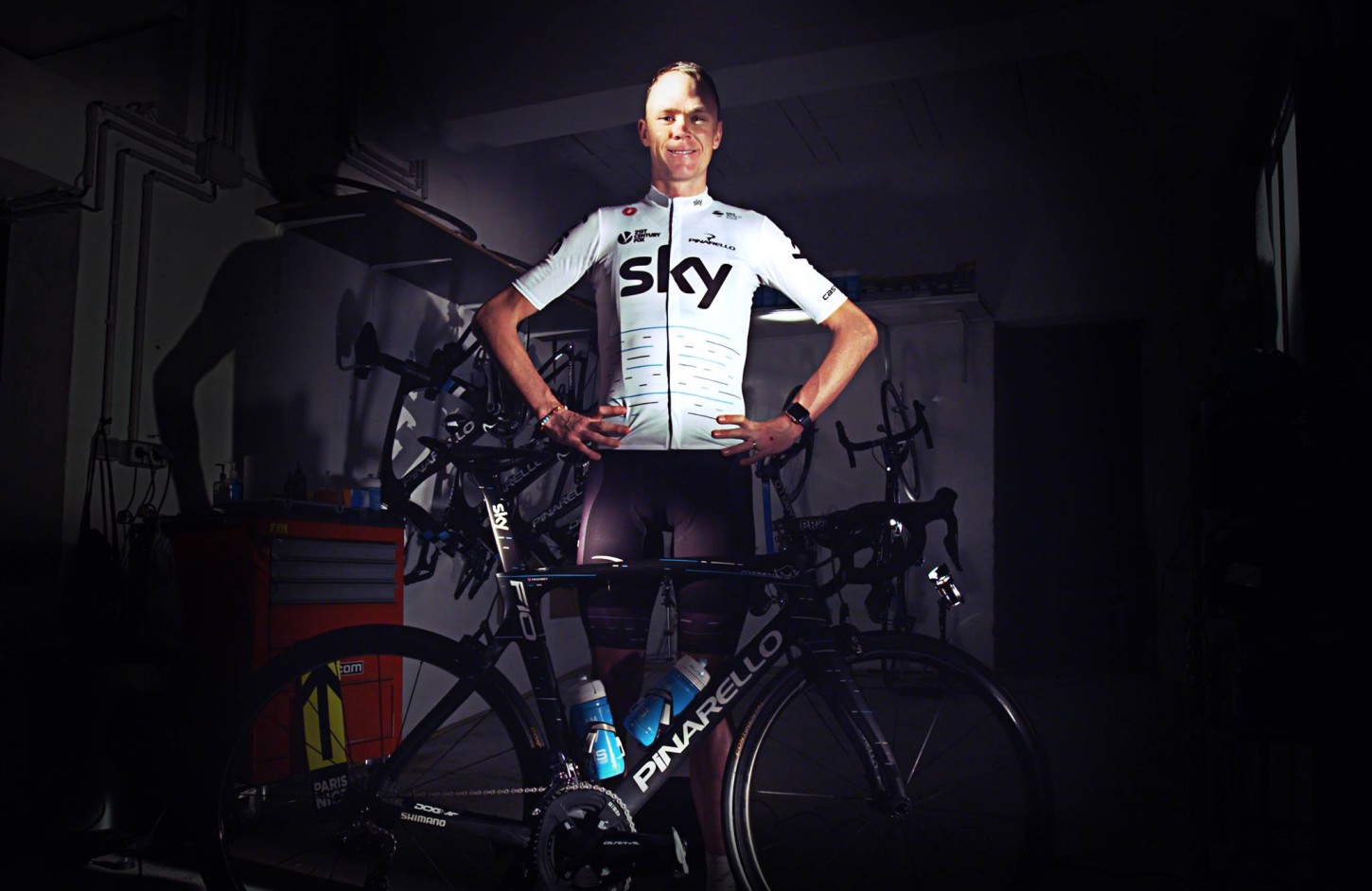 Team Sky and Castelli have partnered to offer fans the opportunity to be right behind Chris Froome and his teammates during the start of next month’s Tour de France, where riders will be wearing a special white jersey edition of their team kit.

The new design, will still feature all of the elements that have made Team Sky riders so recognizable in the peloton, albeit with the traditional black jerseys swapped for a new, white design. However, the jersey will continue to carry the distinctive data pattern featured on the 2017 Team Sky kit.

In addition, fans will have the chance to see their name featured on the jerseys worn by Team Sky at the Tour de France team presentation in Dusseldorf on Thursday 29th June.

The lucky fans who are chosen, will see their names printed into the blue line on the back of the jerseys which will be worn by riders as they are introduced to the crowds.

Speaking about the new Team Sky Tour de France jersey, Team Principal Dave Brailsford said: “We have always admired Castelli given their heritage and our shared passion for innovation. That’s why our kit this season reflects our history as a team and our ambitions for the future – with Italian flair and design. And our riders love it.”

“Castelli also looked at different colours during the design process last year. We all loved the white. We are always up for doing things differently and decided the best time to unveil it would be at the Tour – the world’s biggest bike race. We can’t wait to get racing wearing it.”

Chris Froome, who this year will be targeting a fourth Tour de France victory, said, “the backing we get from Team Sky fans means so much to the riders, and it really makes a big difference to us wherever we are racing.

“Giving fans an opportunity to be right there with us as we kick off this year’s Tour de France is just a small way for us to say thank you for that support.”

The Team Sky 2017 Tour de France kit will be available for purchase as a limited edition starting on June 12 directly from Castelli, and through selected retailers.

Steve Smith, Brand Manager at Castelli, said, “one of the designs we looked at for the 2017 season was a white version of what eventually became the 2017 Team Sky kit. We all knew that we wanted to use the new design, and the Tour is the perfect opportunity to do that.”

“The kit looks so modern, and yet classic at the same time. We can’t wait to see it being worn by Team Sky.”

Fans who want to apply for the chance to see their name featured on the back of the special edition presentation jersey have until the 13th June to enter their details here.