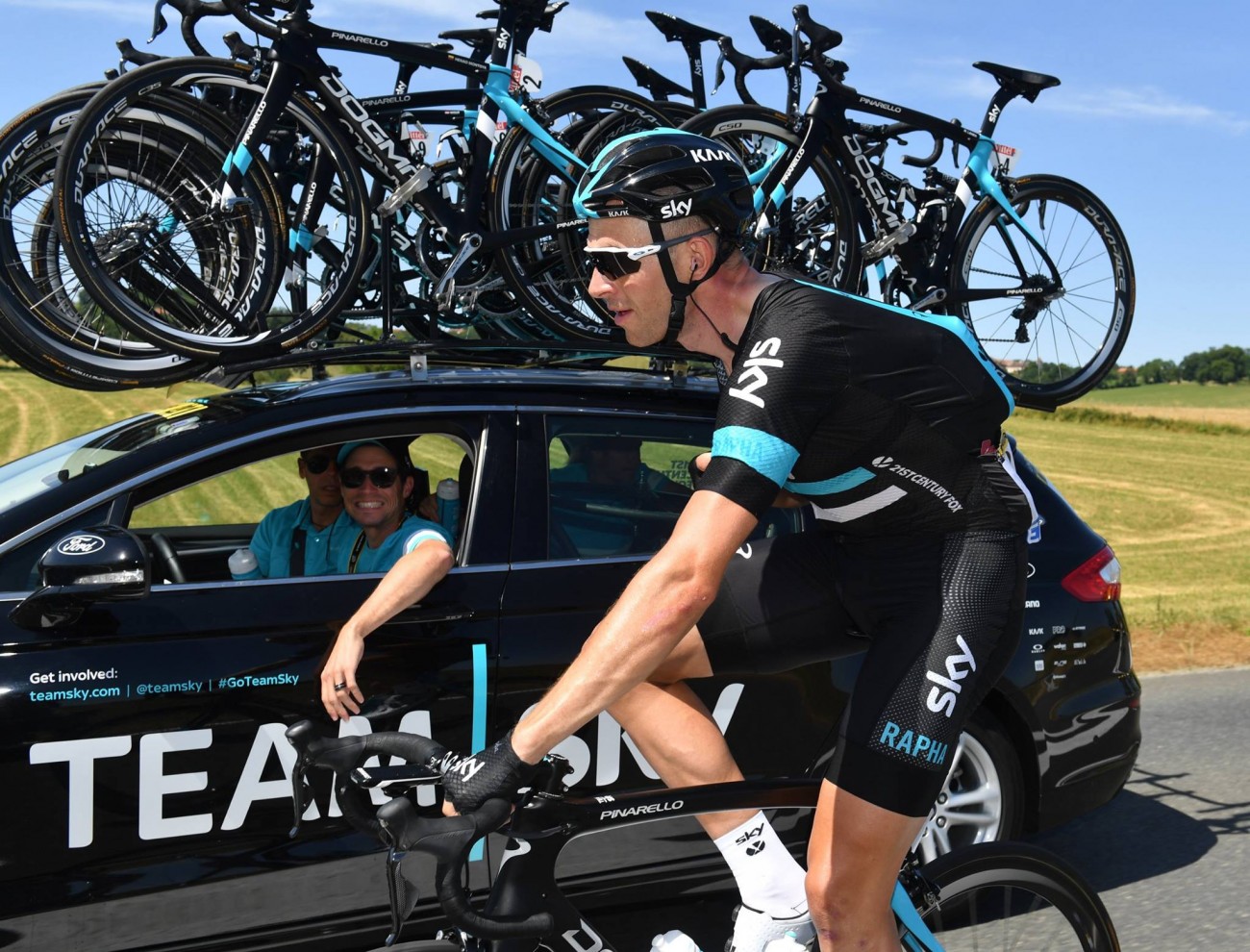 Team Sky and Pinarello have become synonymous since Team Sky debuted on the road in 2010, with every success in the years that followed coming aboard one of the famous Italian bikes.

The results have been extraordinary, with three Tour de France wins in six attempts – an achievement which has led Pinarello to the title of the most decorated bike manufacturer in Tour history, with an unprecedented 11 wins.

In the first six years of the partnership riders have raced six evolutions of DOGMA, from 60.1, to DOGMA 2 and DOGMA 65.1, up to the amazing DOGMA F8, and today’s Xlight version, currently being used by Chris Froome and the team to great effect at the Tour.

In parallel with the DOGMA, Pinarello has developed three evolutions of bikes specifically for time trials, starting with Graal, passing to the BOLIDE, and up to the present BOLIDE TT that has played a starring role in a number of extraordinary Team Sky victories. The commitment to develop a total of nine different Pinarello models in six years, confirms the enormous effort put in by the family company based in the heart of Treviso in northern Italy.

“Evolution never stops, and there is still a huge desire to grow together with the Team Sky. We still have so many ideas on the shelf to help bring Team Sky higher and higher,” said Fausto Pinarello.

“We are partners of the best team the cycling world has ever experienced, in terms of organization, professionalism and results.”
As the partnership moves forward to the next stage, Team Sky Team Principal Sir Dave Brailsford commented: “The whole team including riders, mechanics and coaching staff, are thrilled that Pinarello will be continuing our winning partnership for the next four years.

“We have been working closely with Fausto and his team since our World Tour debut in 2010, and together we have won three Tour de France yellow jerseys as well as 656 other podium places across the world. Their love of our great sport, their attention to detail and continuous search for innovation is a perfect fit with our team.”

With current Team Sky Tour de France team leader Chris Froome adding: “Having ridden Pinarello bikes since joining Team Sky, the greatest rides and best wins of my career have been on a Pinarello. The bikes are the embodiment of Pinarello’s long heritage in the sport and their unique understanding of racing.”