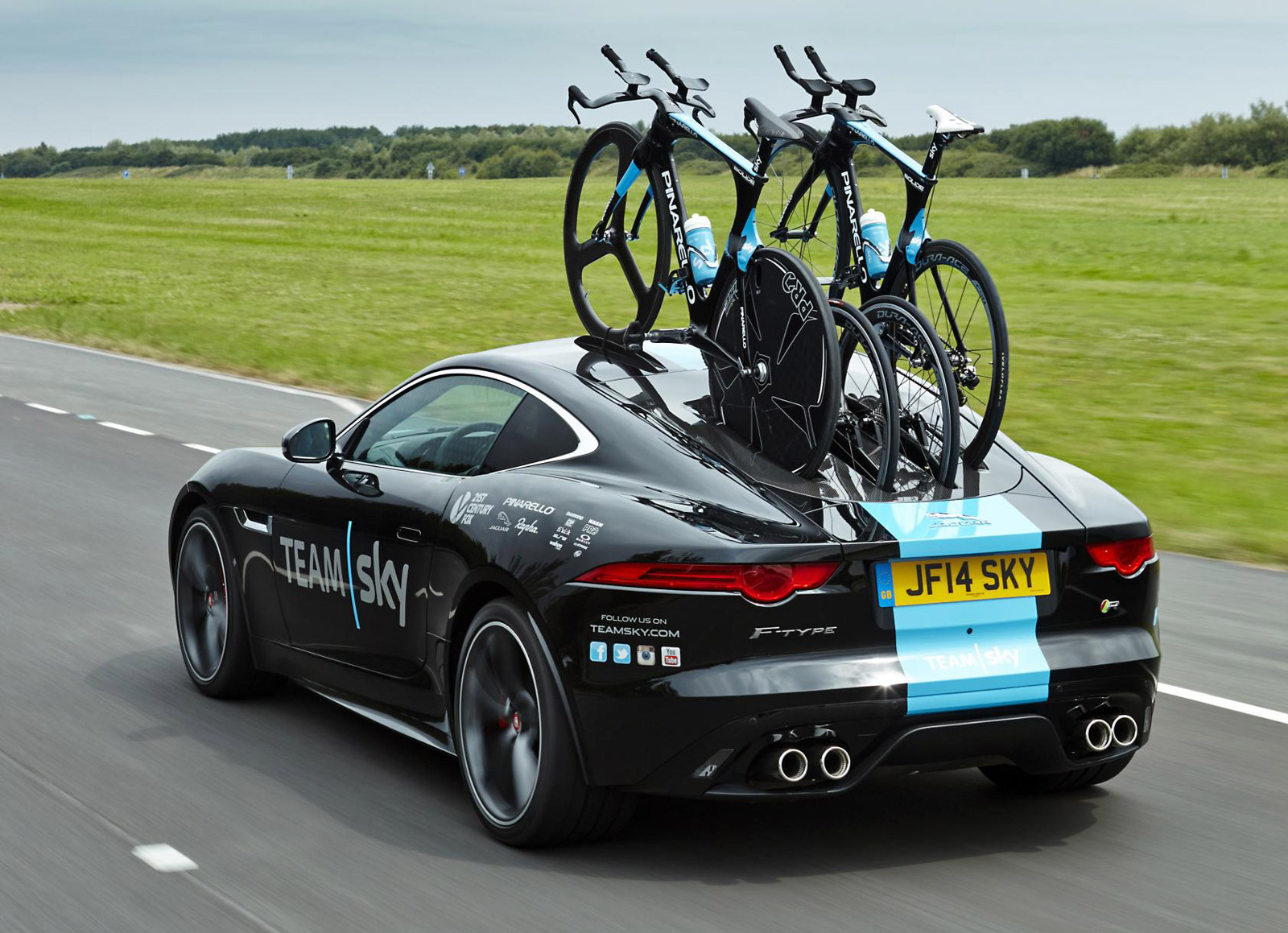 10 Jan 2016
By Campionissimo - In LATEST ARTICLES, THE BROOM WAGON

Much to the disappointment of Austin Powers, Team Sky will be leaving its groovy fleet of Jaguars vehicles behind, and switching over to pedestrian Fords for 2016.

Sadly, this means no more hi-zoot F-Type coupes and prototype SUV’s, replete with the British squad’s livery for fans to ogle this season.  😥

It remains to be seen which Ford vehicles Team Sky will be provided by the American auto giant, but one thing for sure is, that won’t have the Shaguar appeal of the Jags.