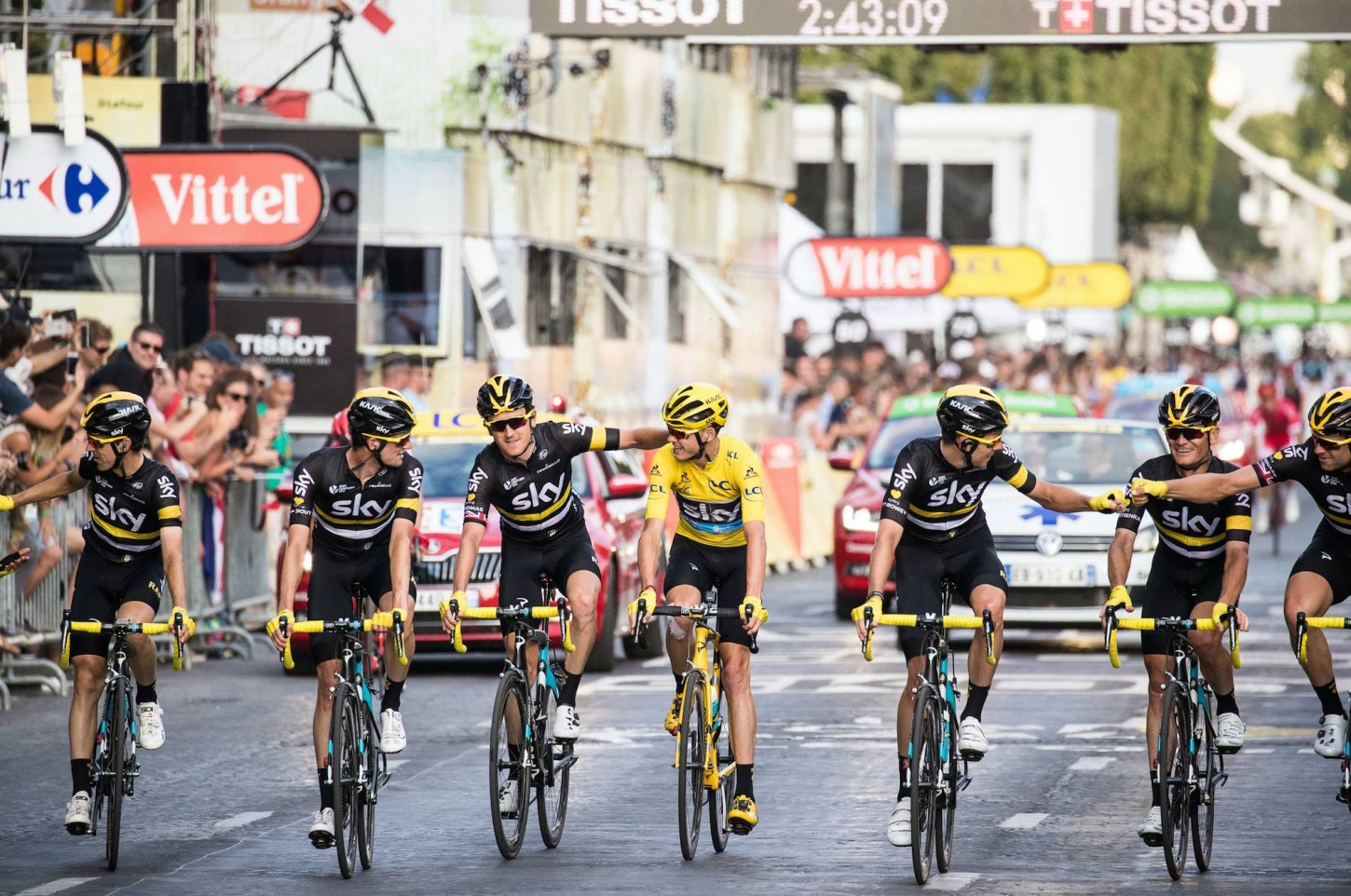 Chris Froome believes it will be tough to match the feeling of winning his third Tour de France title.

Froome sealed his hat-trick of Tour victories after a dominant performance in France by safely crossing the finish line in Paris, hand-in-hand with his eight team-mates at the end of stage 21.

And the 31 year old said he felt just the same as he did after winning his first title in 2013, with the same emotions sweeping over him.

“It’s hard to get much better than this,” he said. “This could have been the first one all over again. I’m feeling the same kind of emotions. Even though I’ve been here before it still hits home just how big this feels.”

And Froome admitted that he would love to return and fight for further Tour titles.

He added: “That would be incredible, absolutely amazing. I’d love to come back. Every time I ride onto the Champs-Élysées I think I can’t wait to be back here again next year. Let’s see.”

Sadly the 2016 edition of the race was marred by disaster in France, with a terror attack in Nice subduing the mood.

“It makes you think long and hard about values and what sport is all about. It’s been a real testament to the race that things have continued as normal, and to the French public also, for how they have been – showing that life goes on, and they are not going to deterred by these attacks.”

He said: “It’s a British success story and the team was perfect. I’m proud to be British today. We weren’t a cycling nation not so long ago and I think we are now!

“It’s the best team performance we’ve put together and Chris was brilliant, so overall it’s been a great three weeks. We’ll come back and do it again next year!”

And Geraint Thomas, who was key to Froome’s success once again, described the Tour as ‘incredible’.

“It’s been an incredible few weeks really,” he said. “Everyone has been talking about it but the strength of the team has been phenomenal. We had five climbers basically to support Froomey, all of us have led big races individually, and we’ve all come together.

“It’s one thing having strong individuals but it’s another thing riding well together and there were no egos, we committed for each other, every day we rode for Froomey and it paid off.”