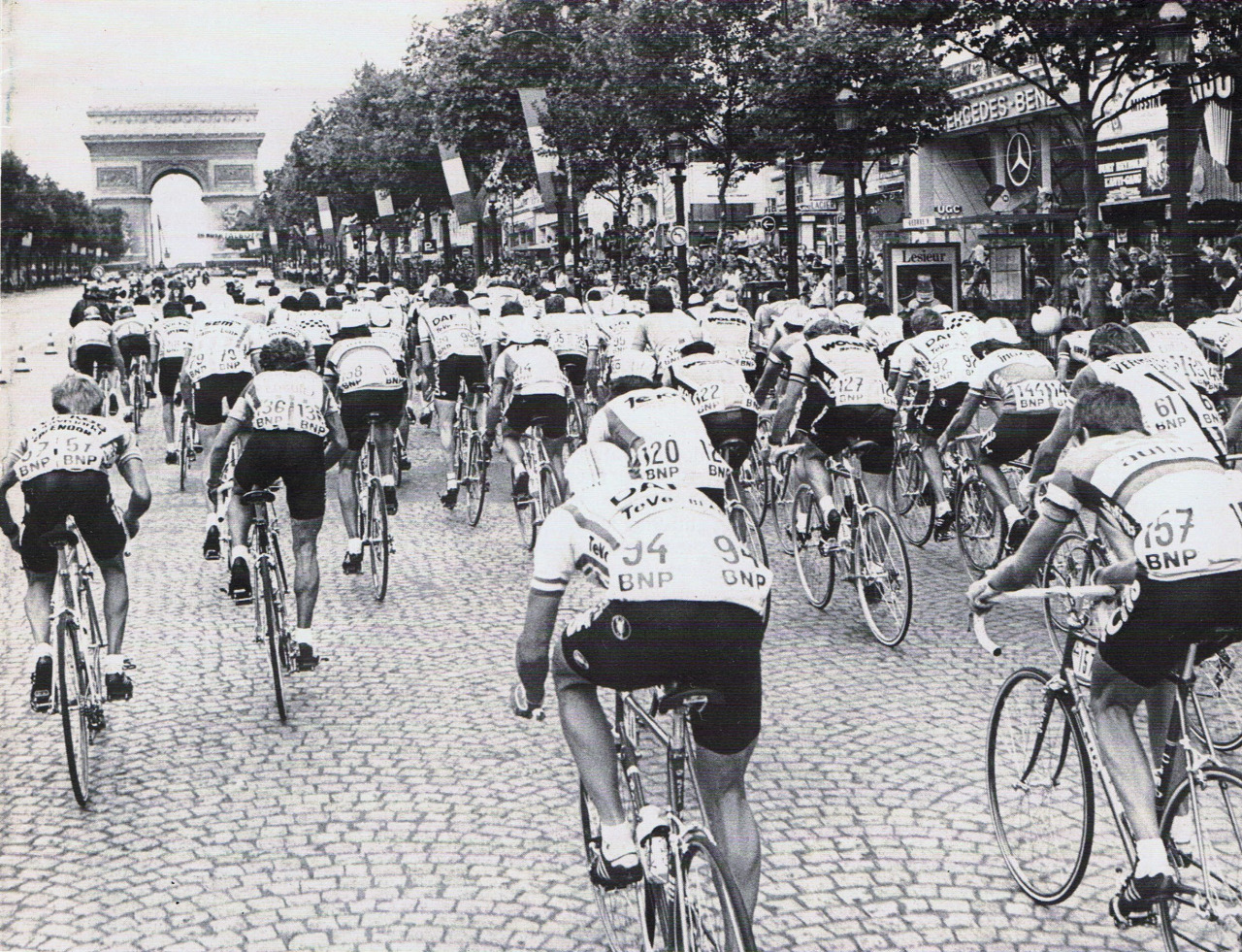 The Tour de France was founded in 1903 to promote L’Auto – a sports magazine with a particular interest in car racing. Cars and bicycles have been happily sharing the zeitgeist for a very long time.

Today it’s without a doubt the biggest celebration of cycling in the world, and although the official numbers vary, it’s generally considered that more than a billion people watch La Grande Boucle each year. And with an event this big, there are always some fascinating facts if you dig deep enough.

The first race organizer, Henri Desgrange, insisted cyclists fix their own bikes and finish the race on the same bike they started with. Early photographs show cyclists with spare tires around their necks and wheels strapped to their backs.

Desgrange was something of a traditionalist and didn’t like the idea of gears or metal wheels – so cyclists rode on wooden wheels and hoped they wouldn’t warp during the competition. Desgrange finally allowed gears in 1937.

Over 12 million spectators will line the streets making Le Tour the largest sporting event in the world.

ŠKODA sends a fleet of 250 cars to the Tour de France each year, and during the three-week period they usually do more than 2.8 million kilometers.

Since 2004, the ŠKODA fleet’s total mileage at the Tour de France mounts up to over 30 million kilometer without a single breakdown.

A rest day isn’t really a day of rest for the competitors – they’ll cycle for about 2 hours to flush out the lactic acid.

The Tour de Force fund raising page estimates that over the 21-day route, a pro cyclist would sweat enough liquid to flush a toilet 39 times.

From 1984 to 1993 there was a female Tour de France – with the increasing popularity of the sport many are hoping for its reintroduction.

The riders need to consume about 8,000 calories a day to maintain their body weight and energy levels. Breakfast and pre-ride snacks are about 1,000 calories, another 1,500 consumed on the bike during the race, and then dinner and evening snacks provide a further 5,500 calories.