The Absolute Cycling One Bike Computer 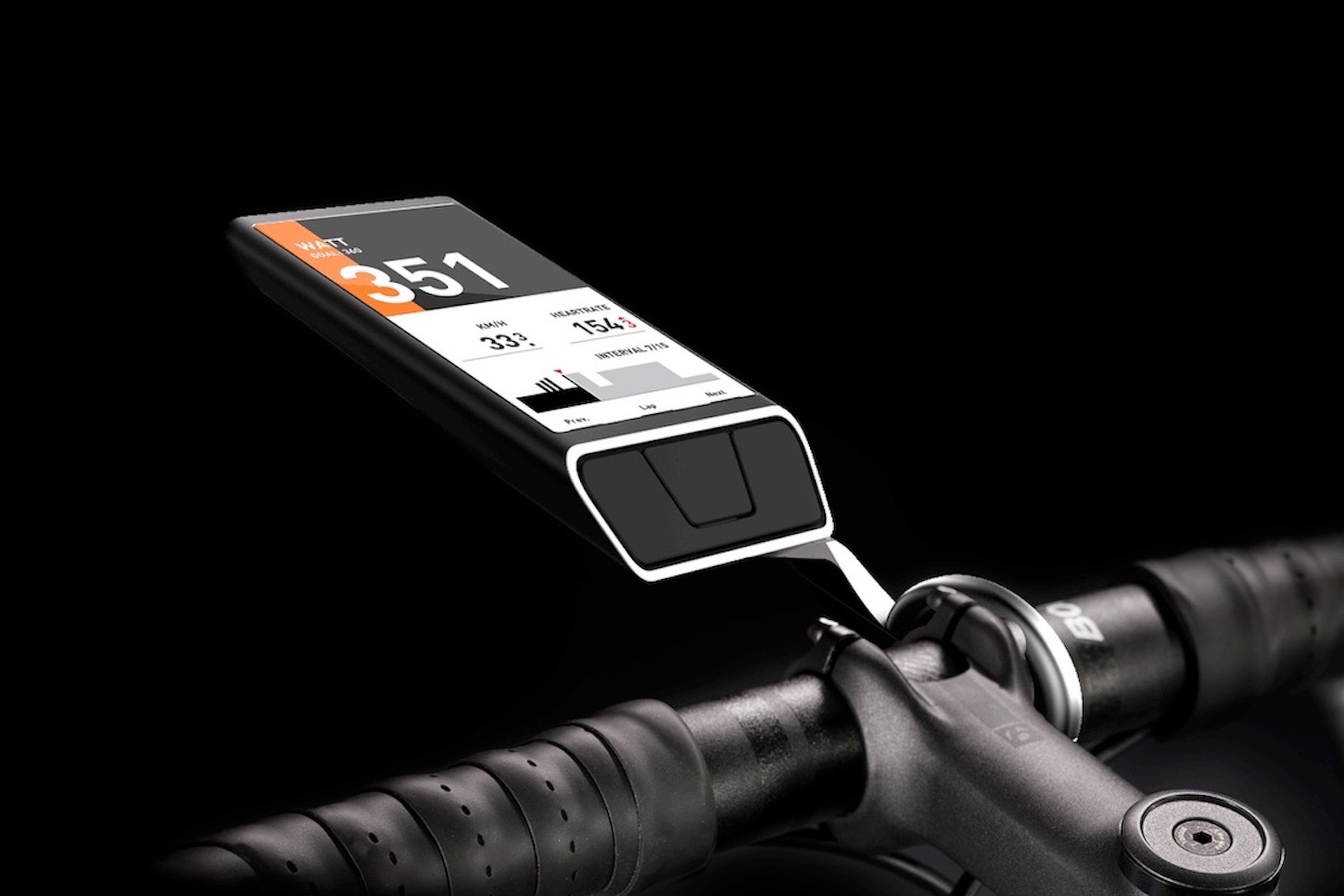 Outfitted with Bluetooth, WiFi and ANT+ connectivity the handlebar mounted Absolute Cycling One computer is aimed at giving cyclists a crisp viewing experience when tracking ride metrics and real-time travel data thanks to its 3 inch full-color screen. Moreover, the new device features a completely customizable user interface and can be used in conjunction with any smartphone to set specific training schedules.

Most cycling computers rely on GPS, Glonass, Galileo and other satellite positioning systems (GNSS) that calculate once per second, which can sometime leave gaps in accuracy when riding through areas such as a dense forest or a tunnel, causing the device to lose visible contact with the sky.

However, the Absolute Cycling One uses a technology called Absolute Positioning Technology (APT), which combines GNSS with sensors inside the bike to track the cyclist’s position at a faster more accurate rate.

In fact, according to the designers, the Absolute Cycling One checks the cyclist’s location 20 times per second, which is 20 times more than your average cycling computer.

Additionally, the increased accuracy of the Absolute Cycling One also reduces the margin of error within 2 meters when riding at high speed.

The APT technology even remains accurate for short periods of time after losing satellite connection thanks to the algorithm’s ability to keep calculating the cyclist’s location via available sensors. Also, the computer requires no external sensors to calculate speed.

Lastly, given its ultra-low power processor the Absolute Cycling One will run for about 20 hours on a full charge.

The designers of the Absolute Cycling One have undertaken a crowd-funding campaign on Indiegogo, offering incentives to early-backers.