The “Alcoho-Lock”: Don’t Drink and Ride 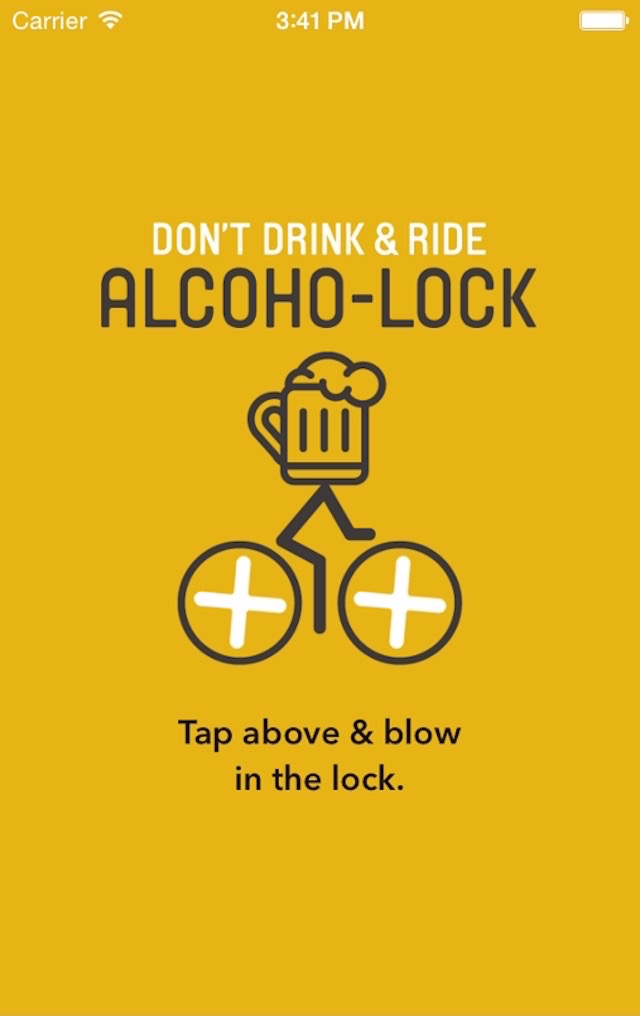 11 Aug 2015
By Gianni Pericolo - In LATEST ARTICLES, THE BROOM WAGON

Apparently there’s a little too much Sake drinking going on amongst cyclists in Japan, that’s prompted a group of engineers to create the Alcoho-Lock.

Created by KOOWHO, the bike lock is designed to stop cyclists, who are under the influence of alcohol, from riding while drunk.

Alcoho-Lock includes a Bluetooth connection and an alcohol sensor, and works with a free dedicated Android phone app.

Users simply breathe into the lock, and their phone displays the amount of alcohol detected.

Users can then unlock their bike using the app interface.

Users can still unlock their bike even if they’ve been drinking, but the display will suggest they shouldn’t ride their bike, but instead push it home, or find alternative transportation.

In addition, if the Alcoho-Lock detects a high alcohol level, it sends an alert the user’s family or significant other.

According to KOOWHO, it’s then up to them — to “convince them not to ride using the power of love”.

It remains to be seen if the Alcoho-Lock will reached distribution outside of Japan. But, then, look how successful the Karate Kid series was.