The British Have Dominated the Critérium du Dauphiné for a Decade 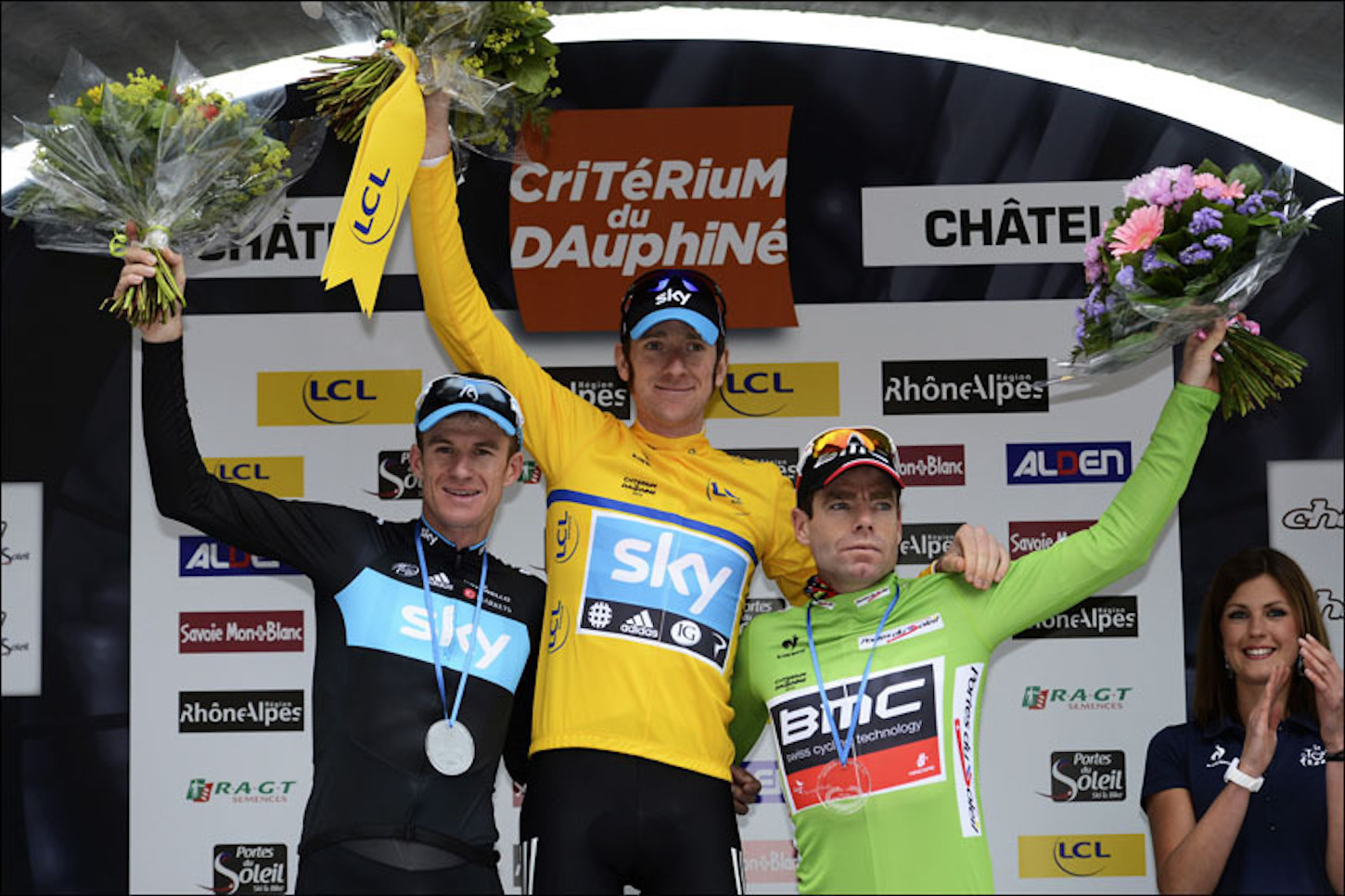 For the last decade, British riders have dominated the Critérium du Dauphiné, with the Union Jack flag being raised six times out of the last nine editions thanks to victories by Bradley Wiggins (twice), Chris Froome (three times) and Geraint Thomas. What’s more, all three British winners of the French race went on to win the Tour de France in the same year at least once.

The Critérium du Dauphiné is an important appointment on the UCI WorldTour calendar that traditionally serves as a tasty appetizer to the Grande Boucle; eight days of racing in June to test the legs before the big hunt for the most prestigious yellow jersey the following month. The first edition was held in 1947, organised by the local newspaper, Dauphiné Libéré. Thanks to its special geographical location, the Rhône-Alpes region, the race offers some of the most renowned climbs of the French Alps, such as the legendary Alpe d’Huez and the charming Col du Galibier. But it’s not just a game for climbers, because every year there is a crucial time trial to tackle.

The Dauphiné’s Honor Roll is impressive, from Jacques Anquetil to Eddy Merckx, from Bernard Hinault to Miguel Indurain, but also Raymond Poulidor, Louison Bobet, Luis Ocaña, Greg Lemond, and more recently, Alejandro Valverde. Then, in the 2010s came the decade of the Britons’ domination.

Wiggins won the prologue of the Critérium du Dauphiné in 2007 when he was racing with Cofidis; he was captain of Team Sky on 5 June 2011 in Saint-Jean-de-Maurienne, when he was among the favourites for the general classification. He finished third in the prologue behind Dutchman Lars Boom and Alexandre Vinokourov from Kazakhstan, then 11th in the first medium mountain stage to Saint-Pierre-de-Chartreuse won by the Belgian Jurgen Van den Broeck. Then ‘Wiggo’ claimed the yellow jersey after finishing second on stage 3, in the long time trial at Grenoble, won by the German Tony Martin.

He defended the lead in the last two tough high mountains stages, both won by the Spaniard Joaquim Rodriguez, arriving sixth on the top of Le Collet d’Allevard and tenth on La Toussuire keeping a margin of 1’26” from Australian Cadel Evans and 1’49” from Vinokourov. That July the Briton was forced to retire from the Tour de France due to a crash, but made the podium of the Vuelta a España.

Wiggins returned to the Dauphiné in 2012 in great shape after winning Paris-Nice and the Tour de Romandie. He missed victory in the prologue by just one second but he took over the GC leadership from Australian Luke Durbridge the next day, after a very tough six-climb stage to Saint-Vallier, won by Evans. Wiggins took his revenge over Tony Martin in the 53.5km time trial in Bourg-en-Bresse with a 34-second margin, then perfectly managed his advantage in the last mountains stage, eventually winning with more than a minute’s gap from his teammate Michael Rogers of Australia, and his compatriot, Evans. Wiggins then famously went on to become the first British winner of the Tour de France.

Chris Froome is one of the five riders (with Nello Lauredi, Luis Ocaña, Charly Mottet and Bernard Hinault) who won the race three times, and on all the occasions he then went on to also win the Tour de France the following month.

The Kenyan-born champion finished third on the fourth stage of the 2013 edition, a 32.5km time trial – won by none other than Tony Martin – then dropped his rivals on the final climb of the Montée de Valmorel the next day, taking the race lead from the Australian Rohan Dennis and managing his margin in the remaining stages. He won with a 58-second gap from his Team Sky team-mate, Australian Richie Porte, and 2’12” from the Spaniard Daniel Moreno.

Froome crashed hard on stage six of the 2014 Criterium du Dauphiné while in the race lead, so he couldn’t defend his victory. But he went on to win the French race again, for two years in a row. In 2015 he finished second on the sixth stage to Saint-Gervais-les-Bains and he won the last day, in Modane Valfréjus, overhauling the GC leadership of the American Tejay van Garderen for a winning margin of 10 seconds. In 2016, he took third in the Les Gets prologue won by Spain’s Alberto Contador, and claimed the leadership after winning the fifth stage to Vaujany.

In 2018 it was the turn of Geraint Thomas to win the Dauphiné then go on to also claim the Tour de France. The Welshman hit the general classification top five after the third stage, the team time trial to Louhans-Châteaurenaud won by Team Sky. He then gained some precious seconds finishing third on the next day’s stage to Lans-en-Vercors, won by the Frenchman Julian Alaphilippe, and became race leader on the fifth stage to Valmorel, where he finished second to the Irishman Daniel Martin.