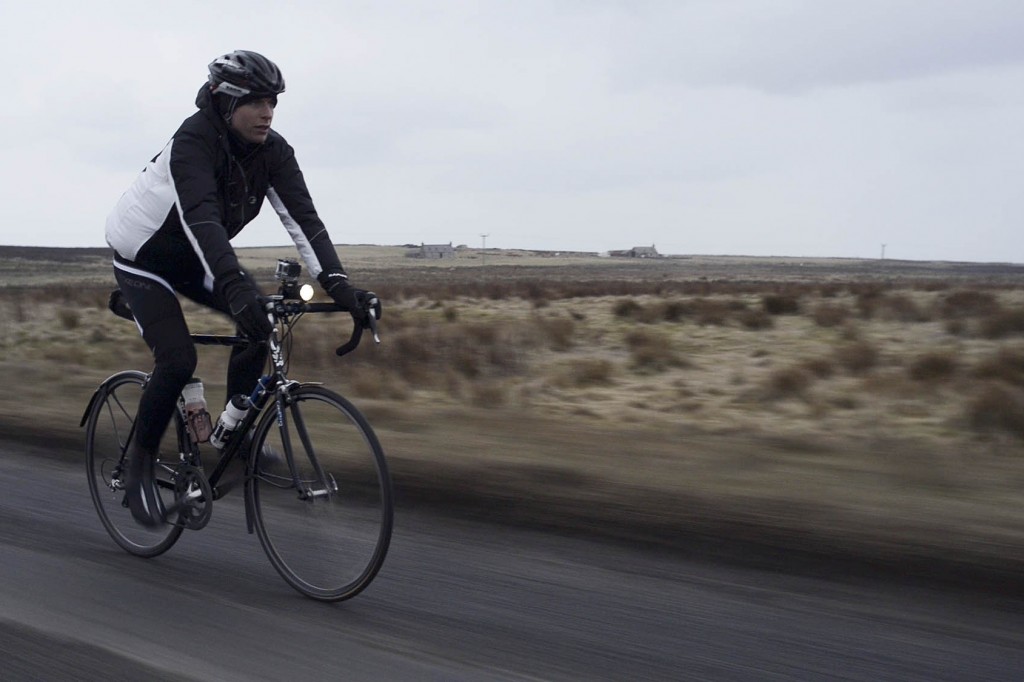 Back in the winter of 2012 a group of cyclists started an ambitious project, to ride a bike non-stop from John O’Groats to Lands End.

Along for the ride, was director Ben Pickett, whose aim was to capture the whole adventure – and submit the film to the Bicycle Film Festival.

Aptly titled, The Coldest March, the film was accepted by the Bicycle Film Festival, and spent the last 18 months traveling the world as part of  BFF’s show.

The producers have decided, it was now time to share the film with all those that couldn’t make a BFF screening.

The online premiere of the film will be on Wednesday 29th July at 8pm GMT +1. So mark your calendar, and watch some serious pain and suffering from the comfort of your sofa!