The Cycling Art of Mark Fairhurst 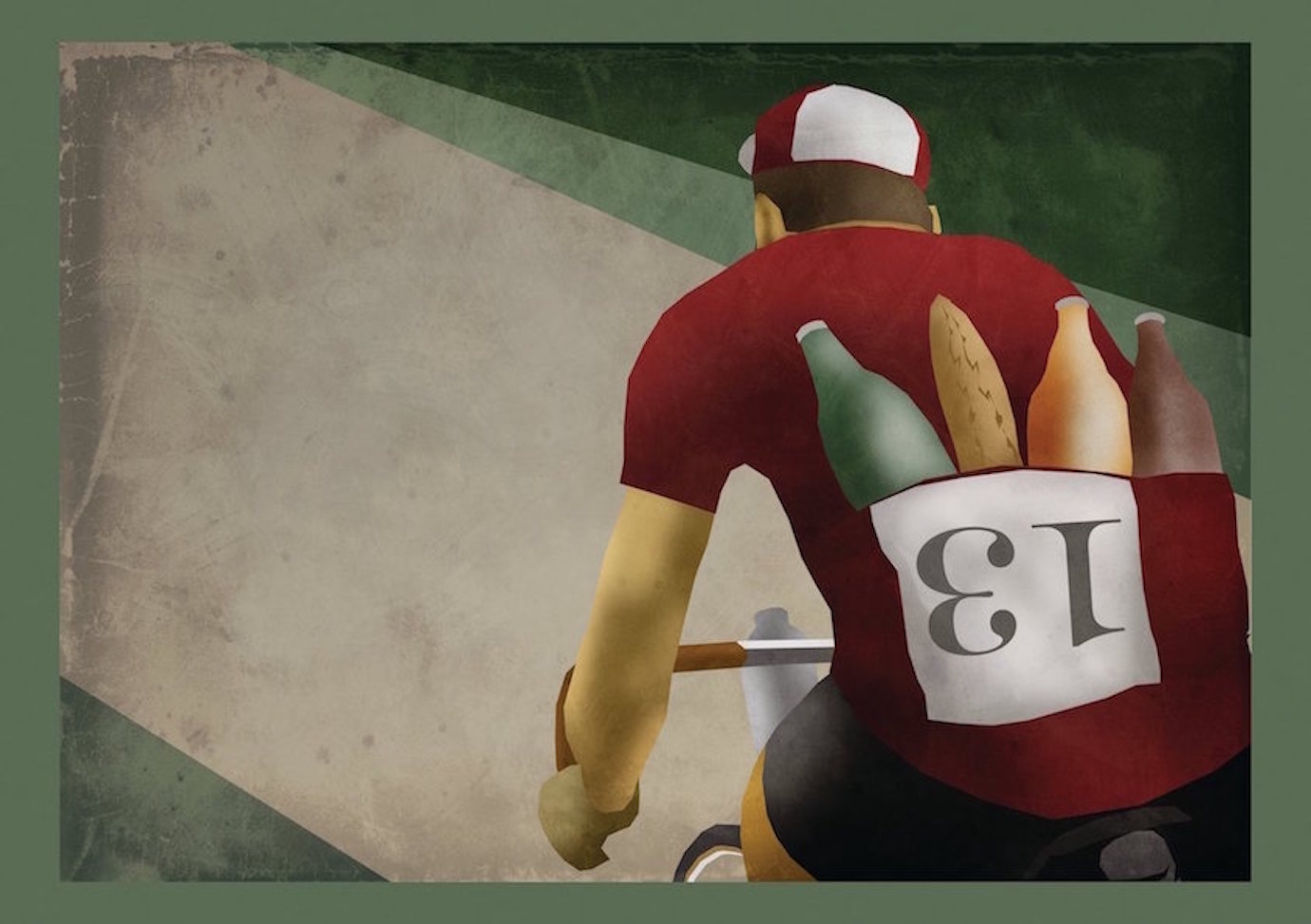 Inspired by his obvious love of the Art Deco era, the work of British artist Mark Fairhurst plucks the peloton from the Golden Age of cycling and transports it to current-day, treating us to rich allegories of when racers wore goggles, donned cottons caps and rode handmade bicycles torched from steel.

In addition to the sport, Fairhurst’s illustrations also capture the cultural enormity of cycling, reminding us of how the bicycle has been a two-wheeled fixture in so many aspects of society, whether as a jitney for daily transportation, a bridge to social interaction or a ticket to personal freedom.

Someone with a keen eye for art can see the profound influences the Art Deco illustrators and painters of the day have had on Fairhurst’s work.

Yet, for the more adept art historian, his work conjures thoughts of the early Nabis painters as well, such as artists like Charles Sheeler, Emile Van Der Cammen, Ralston Crawford, Fernand Bouton and even Tamara De Lempicka, eventually leading to the German painters of Der Blaue Reiter.

Fairhurst’s journey to becoming a celebrated cycling illustrator first began with photography, working as a professional photographer in the early 1980’s for various advertising agencies that handled impressive accounts like BMW, Dunhill and Wilkinson Sword.

However, the financial crash in 2008 left many of these companies with little to no advertising budget, causing his workflow to disappear almost overnight.

In his words, “while limping along”, Fairhurst was inspired to create his first cycling image after witnessing Bradley Wiggins win the Tour de France in 2012, later making a basic illustration of the British champion and posting it on social media.

From there, requests for copies began pouring in.

While the creative process can be a slow and tedious one, Fairhurst has consistently turned out a volume of work over the years, quickly establishing himself as one of the most sought after illustrators in the cycling space.

Meanwhile, he also found the time to publish a successful book titled P is for Peloton.