The Cycling Art of Vano Abuladze 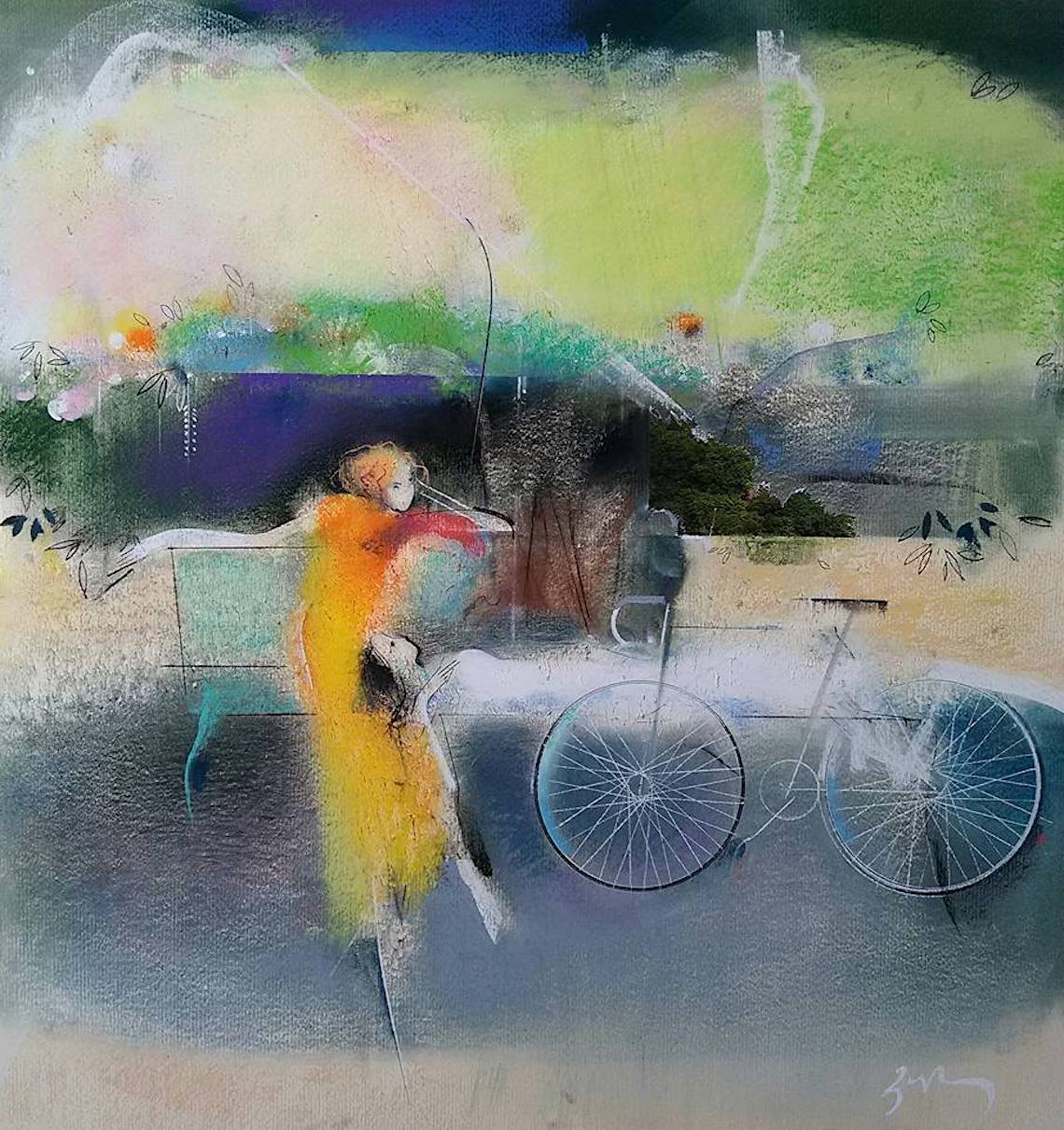 Ok, so this might be a little too flowery and opulent for the average gear-mashing, tattooed, pierced-out, craft-beer swilling hipster cyclist to appreciate.

But, if they can wring the chamois cream out of their shorts for a moment, the cycling art of Vano Abuladze brings a wonderful Chagall like nature to woman and bike.

Abuladze is a Georgia native (as in the Imereti region of Eastern Europe and Western Asia and not the Dukes of Hazzard Georgia), who trained at the Tbilisi State Academy and Moscow’s Union Art Academy in the late 1970’s.

After completing his studies, life changed dramatically for Abuladze when civil war broke out in his native country, pulling him away from his homeland for a period.

For a time, Abuladze made art in Germany, before returning to Georgia after the war settled down.

Over the years, Abuladze’s art has appeared in a number of galleries throughout Europe, while keeping Georgia the home of his studio.

This recent series of pastel drawings depicts young women on bicycles that harks back to an era that conjures a mood of Art Deco.