The “Cyclo” is a Packable Helmet Made from Recycled Plastic 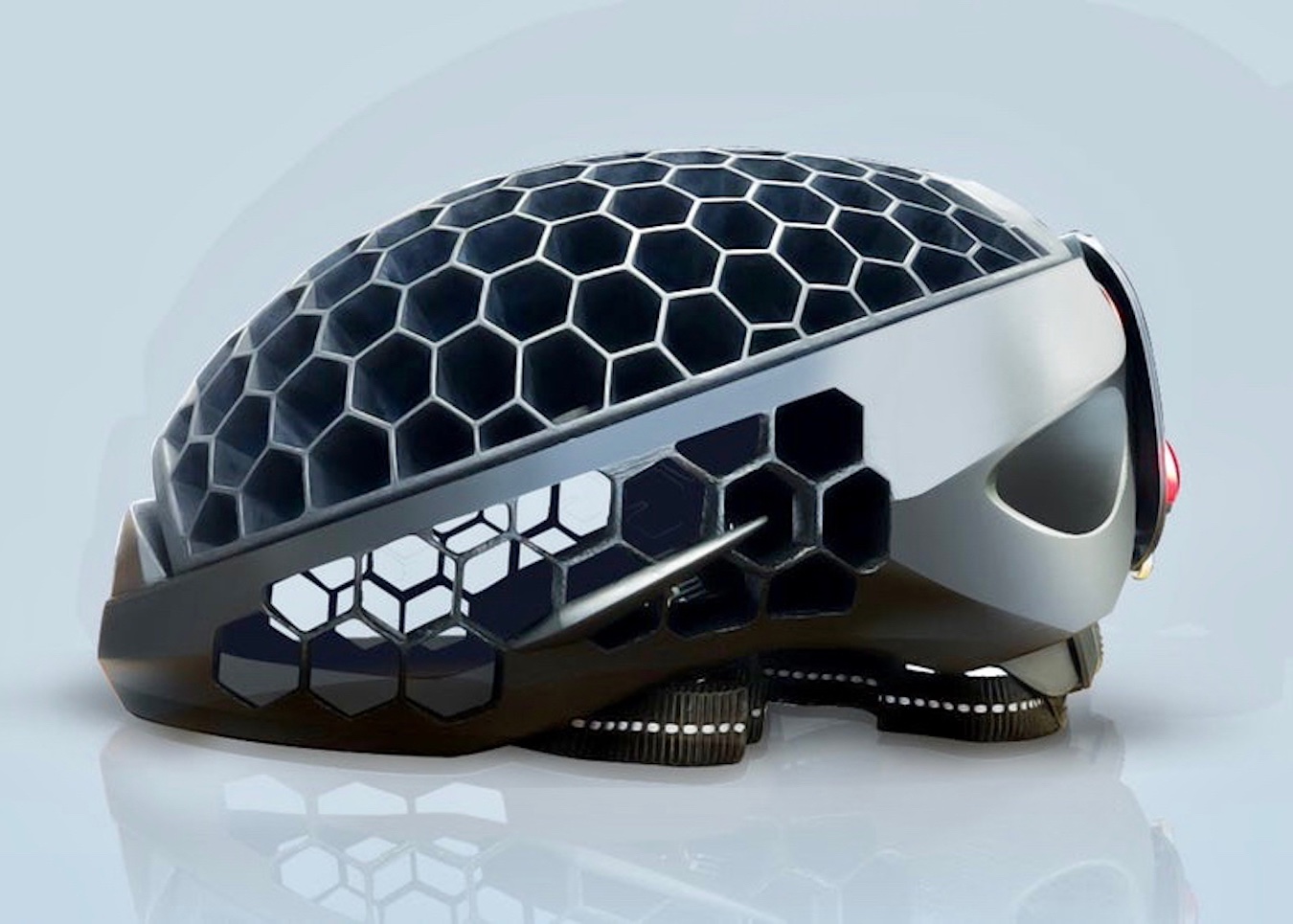 The Cyclo is a new packable helmet that’s made from recycled plastic culled from ocean debris, which can be folded to half its size for easy storage.

Designed and developed by ex-Aston Martin and Boeing engineers, The Cyclo is aimed at urban cyclists, offering all of the safety features of a traditional helmet plus packability when not in use.

“The Cyclo is a helmet like no other, made with recycled ocean plastic. It fits in your bag and won’t cost the earth. Each purchase saves the equivalent of 20 single-use plastic bottles from damaging our planet. A traditional bike helmet is typically made from EPS foam which releases the energy back to the user’s head during impact. This means there is greater likelihood of a head injury. The Cyclo honeycomb structure is 68% more effective at impact control as the force is dissipated. This means significantly less energy is transferred to the head making The Cyclo a more effective helmet,“ say the designers.

“Oceans cover 71% of our planet’s surface and produce over half of the world’s oxygen. It is estimated that 50-80% of all life on earth is found under the ocean surface. EcoWatch report that 8 million tons of plastic enters the oceans each year and there is more micro-plastic in our seas than there are stars in the Milky Way. Over 300 million tonnes of plastic is manufactured each year, which is equivalent to the weight of the entire adult population of the planet. So at Cyclo we have partnered with Plastic Oceans UK to ensure we play a part in the fight against our ocean plastic crisis and we want you to help too. Each purchase of The Cyclo saves the equivalant of 20 single-use plastic bottles from damaging our planet. We are also supporting Plastic Oceans UK and the fantastic work they are doing around the world.”

The designers of The Cyclo have undertaken a crowd-funding campaign on Indiegogo, offering discounts to early backers that you can find more about here.