“The Dark Divide” Bikepacking the Cascade Mountain Range in Washington 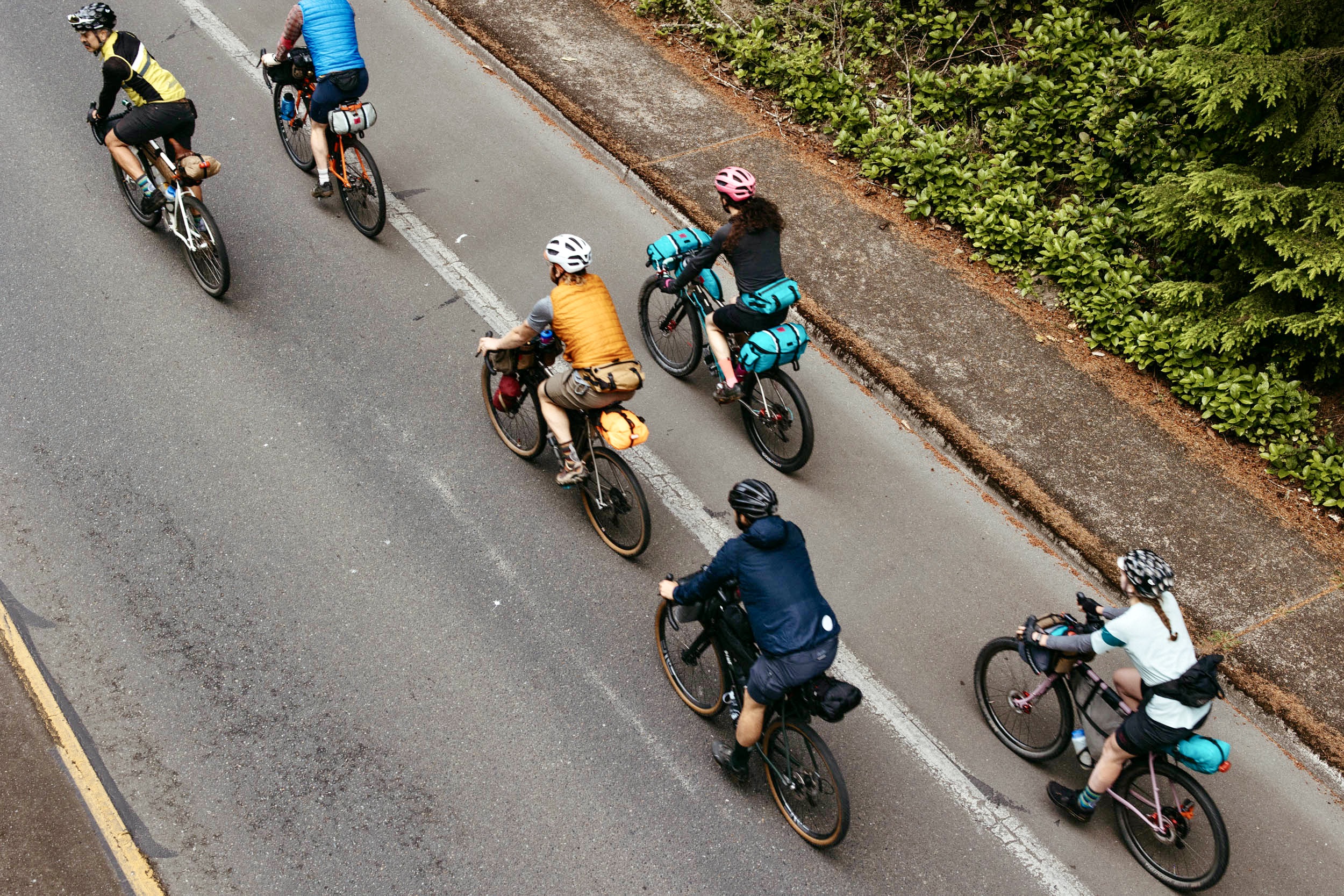 Earlier this year, the organizers of the Dark Divide 300 event in Washington planned a pre-ride of the route. The following film is a collaborative effort between Evergreen Gravel Racing and Mercator Films, which documents their time scouting the route and incorporates interviews with local tribal leaders to provide insight on the land, their history, and what the adventure cycling community can do to become better stewards of the land.

I approached Ben of Evergreen Gravel Racing with an idea to capture what makes the routes in the PNW so challenging. It turns out Ben is bringing his own style of route building to the largest contiguous mature forest in all of Cascadia. To understand how the land feels, you must look back at its history and to the Peoples who stewarded the land since time immemorial and who continue to do so. We were lucky enough to interview Kris Peters from the Squaxin Island Tribe and John O’Brien from the Cowlitz Indian Tribe. As Tribal leaders, they were able to provide context on what the land means to them presently, has meant to their Tribes historically, and what the adventure cycling community can do to become better stewards to the land we occupy. It is with this in mind that the riders of The Dark Divide pedaled off onto the route.

The film follows 10 cyclists as they disappear into the landscape surrounding the Dark Divide 300, a 330-mile Pacific Northwest bikepacking route through Nisqually, Cowlitz, and Squaxin Island land in Washington. Filmed from the perspective of a rider in the group, it was necessary to shoot this on bike, during the event, trying not to slow the group, as we only had four days to cover 330 miles and climb all 30,480 feet of elevation. Much of the route is completely inaccessible by car, and it was unknown if any of the passes on the route would be accessible after our late spring snow season.

With my good friend Chris clipped into his climbing harness on the back of the bike, we went to find out if our plan would work. We ended up filming over 200 miles of the route this way; the line between survival and film crew blurred more the further into the route we went. Bike, Chris, and camera survived the long climbs and fast loose descents, and coming away from the route without anyone going down was a big win. We were blown away at the Reise and Müller Supercharger, and the many miles of gravel and singletrack it took on. There was no other way to tell this story other than by suffering on the trail with the riders.

In the film, chairman Peters reminds us that taking a moment to step back and think about the land you are on helps you to gain empathy for the world outside our built environment. Persuading more people to understand the true history of the Native Peoples who have existed in the PNW for thousands of years will benefit all of us. Having respect for the natural world will help ensure that recreation is a pathway to conservation and allow current and future generations to experience it. Making connections with the Native Peoples whose lands we recreate on as public land can help it thrive. I am excited to share this project and hope more people enjoy being consumed by the history of the land around them.

This film could not have been possible without the support of Dandelion Bikes, Rapha, Swift and ENVE.

The route is now finalized, and the inaugural race will take place in summer 2023 (exact date TBD). Check out the route below and keep an eye on their Instagram for updates.