The FARO Helmet Offers Smart technology in a Sleek Design 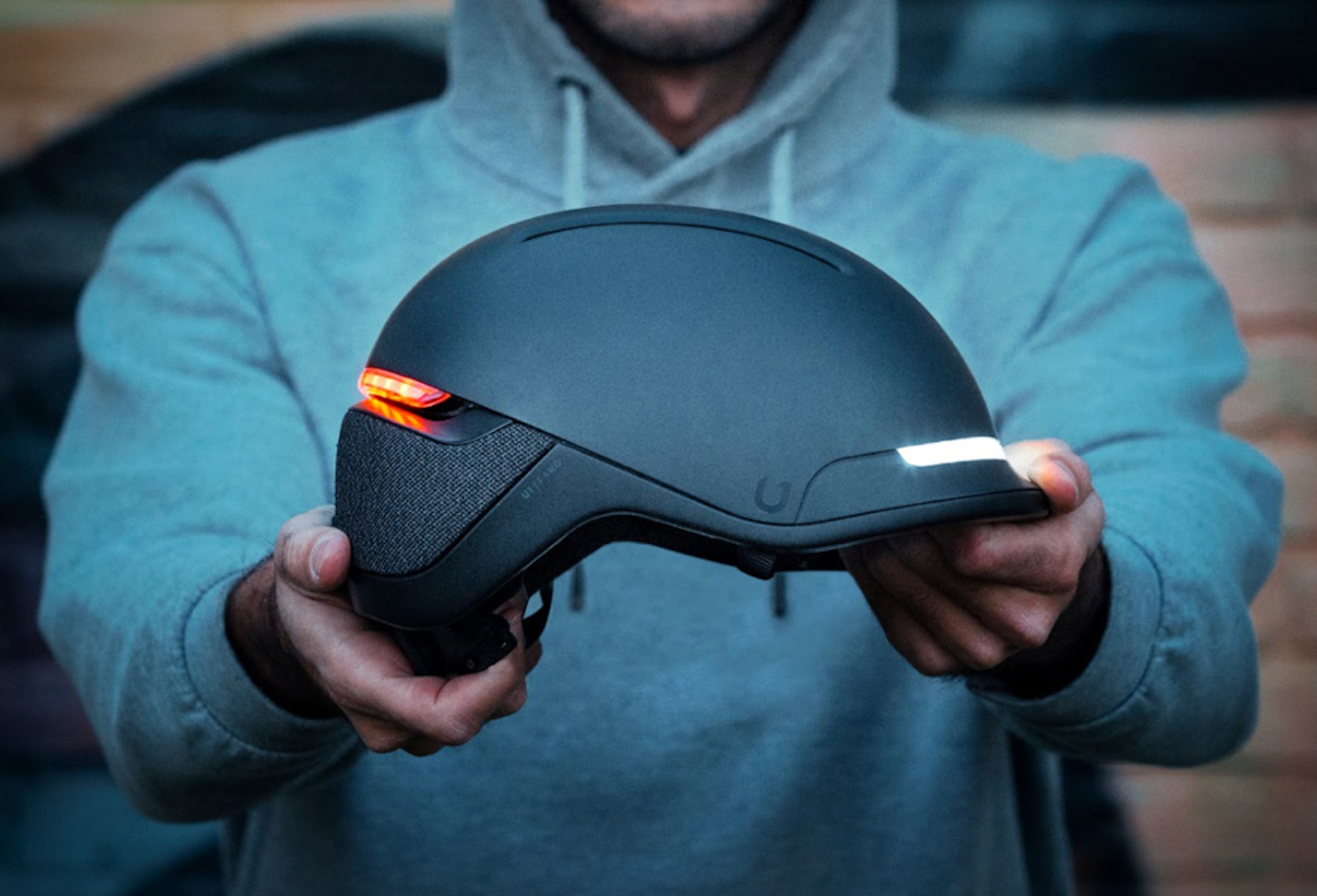 The style of most smart cycling helmets can often be summed up as being “laboratory ugly”. However, Unit 1’s new FARO offers the urban cyclist a helmet that features the latest in smart technology in a sleek, stylish design.

It’s clear that optimal visibility is what the designers of the FARO had in mind, which features copious amounts of LED lighting that’s discreetly integrated in both the front and rear of the helmet, so cyclists will really stand-out to other road users.

The lighting is controlled via an iOS/Android app, while an optional Bluetooth handlebar-mounted remote can also enable the rear LED grid to act as a turn indicator – with the LEDs sequentially illuminating in the direction of the turn – or as a brake light.

Additionally, the FARO is capable of detecting sudden impacts associated with accidents, which subsequently triggers the app to ask the rider if he or she is ok. If there’s no response within a short amount of time, the app then proceeds to send an SOS message to a predetermined emergency contact, along with the cyclist’s current location.

Impact protection is also a key component of the FARO, offering safety-conscious cyclists an upgraded version that features MiPS technology.

Other features that highlight the FARO are IPX6 waterproof protect and a battery life of up to 10 hours per 3-hour USB charge of its 1,850-mAh lithium-ion battery.

Unit 1 has undertaken a crowd-funding campaign on Kickstarter, offering the FARO for a $129 for the basic non-MiPS version, along with the turn indicator remote for an additional $29.