The FLECTR 360 Omni Wheel Reflector: A Simple Way for Cyclists to Increase Visibility and Safety 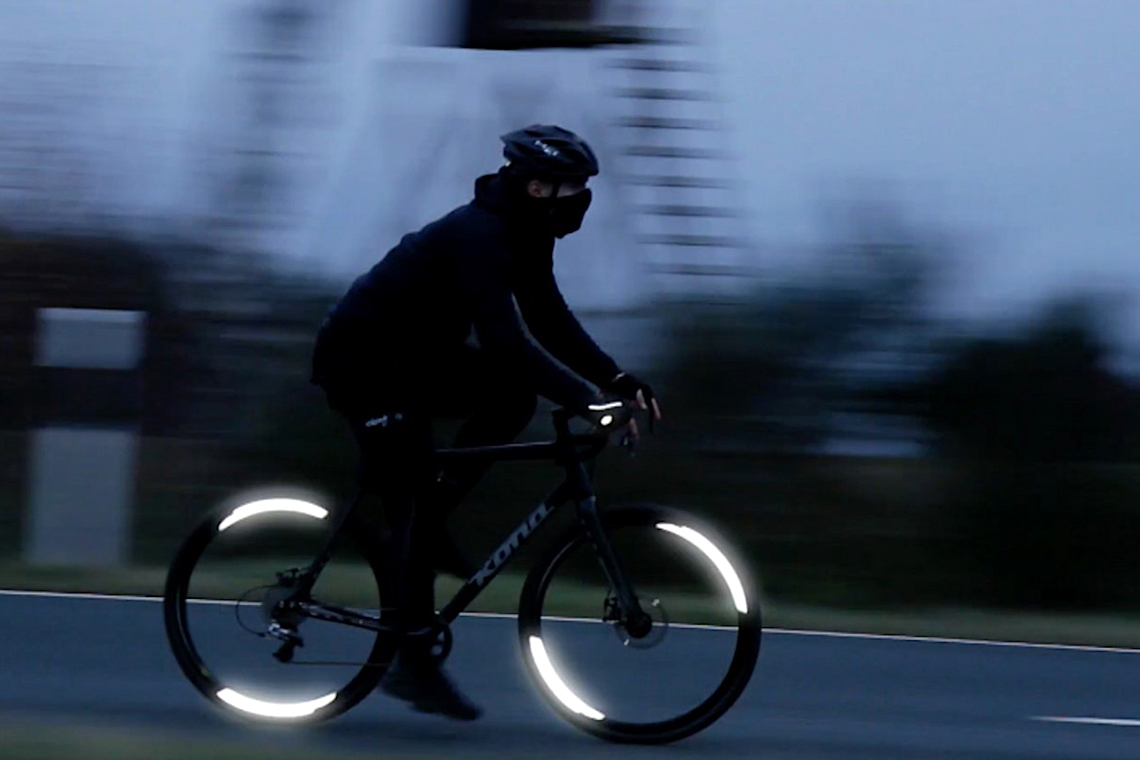 Some companies have gone to great lengths to develop products that increase the visibility and safety of cyclists, and they should be lauded for their efforts. But, no product seems to accomplish this in a simpler and more effective way than the FLECTR 360 Omni wheel reflector.

Designed to be mounted on any style of bicycle wheel, the FLECTR 360 Omni requires no electronics, batteries, or upkeep, and lights up the wheel by reflecting the light given-off from other light sources (think headlights) – making the cyclist more visible in traffic.

The FLECTR 360 Omni features a unique parallelogram shape that remains inconspicuous during the day. But, as soon as darkness comes on, the reflective panel kicks in automatically.

At the core of the FLECTR 360 Omni is the use of “metalized cube-corner prisms”, which more effectively reflect light back to the original source as compared to simple glass bead technology.

Weighing in at just 2 grams, the FLECTR 360 Omni is lightweight and has a zero impact on the bike’s performance or aerodynamics. Moreover, it lights up even when the bike isn’t in motion, creating distinct, visible patches of light while at a standstill.

But, things get really interesting when the bike is moving, whereby rotating, pulsing and moving reflections of light illuminate the entire wheel, dramatically increasing a cyclist’s visibility and safety.

The arched profiles of a bike wheel offers a perfect base for an adhesive wide-angle reflector as there are multiple plains for reflection. The two-piece FLECTR 360 OMNI easily wraps around the rim from both sides and overlaps onto the rim vertex.

The company has currently undertaken a crowd-funding campaign on Kickstarter, offering special incentives for early backers, which you can find more about here.