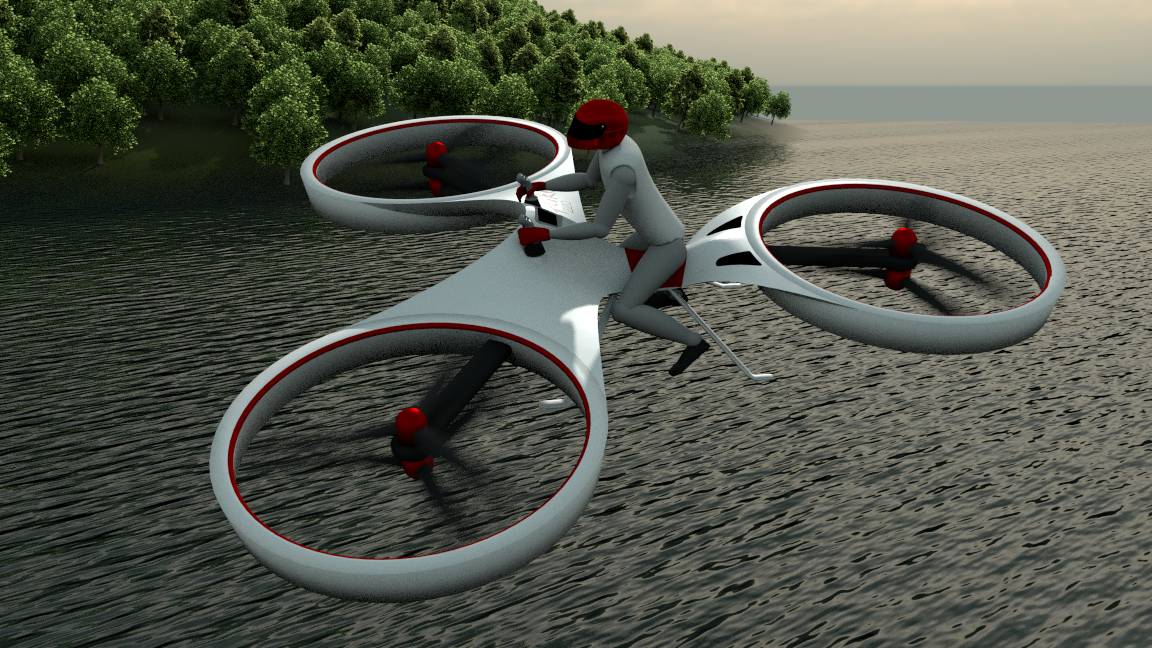 There’s a Jedi in every cyclist, at least that’s what designers at the Bay Zoltan Nonprofit in Hungary are hoping with their Flike.

Billed as the world’s first flying tricycle, the Flike is a “coaxial, Y6-layout tricopter”, which incorporates six rotors to get it off the ground.

The operator sits in the middle and can move the Flike just like a helicopter. However, the vehicle has a “full-authority flight management computer” that can handle things like flight stability and altitude, making the Flike “as easy as riding a bicycle.”

The Flike bike is powered by a lithium battery, which allows riders to, well ride, for about 15-20 minutes. Even though this is a relatively short period of time, the designers hope to increase  battery life, to where the Flike can sustain rides up to 40 minutes.

According to the company: the Flike is comparable to a tripod: the simplest possible geometry that is stable by its layout. Since the six rotors are grouped in counter-rotating pairs of three axes, Flike is safe by providing emergency lift upon the unlikely event of one of the motors getting inoperable.

The design first got underway in 2014, with the first prototype. The Flike is now in its second prototype stage and has just completed its first manned flight, which can be seen in the videos.

So far, there is no set release date for the bike. However, the project is eagerly seeking investment funds to, well, get their product off the ground.