The Historical Roots of Tirreno – Adriatico 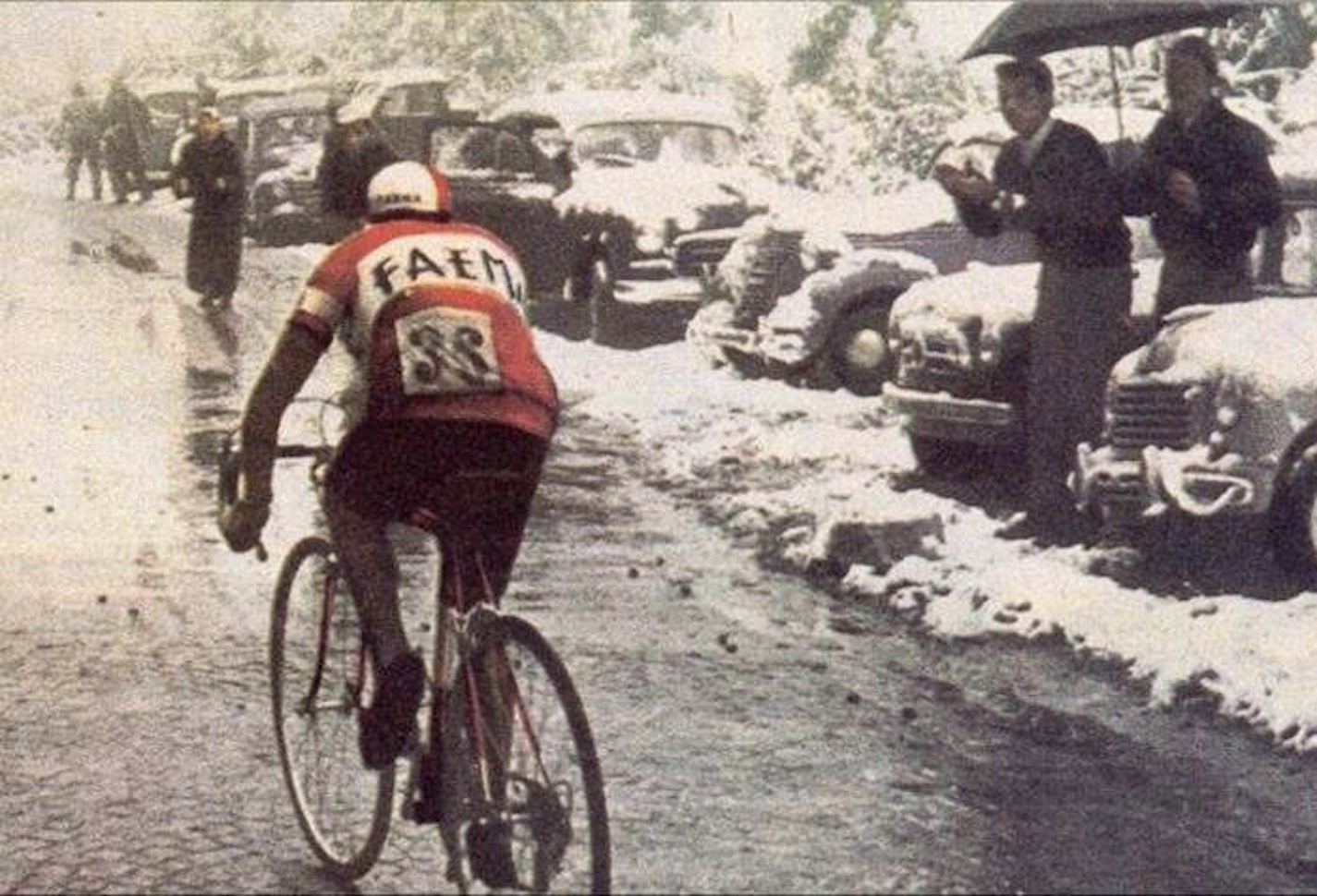 Between Lorenzo Petrucci in 1953 and Michele Dancelli in 1970, no Italian rider won Milan-Sanremo. And to remedy that, is the real reason Tirreno-Adriatico was created in 1966. Nowadays, it’s much more than how it was originally conceived: a “servant” to the first of the five Monuments. Event promoter Mauro Vegni takes us back to the roots…

“At the time, in the 1960s, the only way to prepare for Milan-Sanremo was to take part in Paris-Nice,” Vegni recalls. “Only one or two of the 10 or 12 Italian teams were invited [to the French race]. Talking with Sport Directors Giorgio Albani, Waldemaro Bartolozzi, etc, Franco Mealli, who was at the head of Velo Club Forze Sportive Romane, offered to organise a stage race ahead of Milan-Sanremo.

“In common language, for years it was called ‘the servant of Milan-Sanremo.’ I’d say until the 1990s, the only purpose was to shape up the riders’ condition for the D-day. That’s before Tirreno-Adriatico also became a goal for top cyclists, with big foreign teams being more and more eager to take part. Nowadays the level of participation is no lower than Paris-Nice’s, if not some years a bit superior.”

Mealli, an organizer of bike races, was based in Rome even though his origins were in Tuscany. His events weren’t only located in the Latium region but also in Abruzzo, Marche, south of Tuscany… He gathered all his knowledge of these territories which bordered one sea on the west coast (the Tyrrhenian) and another on the east (the Adriatic). The idea apparently came from his wife to call the race Tirreno-Adriatico and its popular name became – and remains – The Race of the Two Seas.

“This part of Italy offers a fabulous terrain to a bike race organiser. It’s got everything. In March, there’s no need to take the riders above 2000 metres of altitude. But in a one-week race, here there’s the possibility to have mountain stages on the Apennines, uphill finishes, climbs over the “walls” of the Marche. Any degree of difficulty is up for grabs. There can be states for sprinters, for finisseurs, for climbers, for time triallists… In March, there’s always some risk of bad weather but the place is perfect for cycling.

Vegni, now the director of all races organised by RCS Sport – including the Giro d’Italia – learned his job alongside Mealli: “I was a football player and I had a semi-professional experience,” he recalled. “My career was short-lived and I felt frustrated as a sportsman. But next door to my house in Rome, there was this man, Mealli. We had an excellent relationship; for him I’ve been the son he didn’t have. He asked me to accompany him to the bike races and there I got the passion for cycling. I started working in the organisation of Tirreno-Adriatico in 1976.”

Thirteen Italian riders have won Milan-Sanremo since the inception of Tirreno-Adriatico, the latest being Vincenzo Nibali last year after gearing up at Tirreno-Adriatico on all the ups and downs that the centre of Italy has to offer between its famous Two Seas.