The Many Bikes of Amsterdam 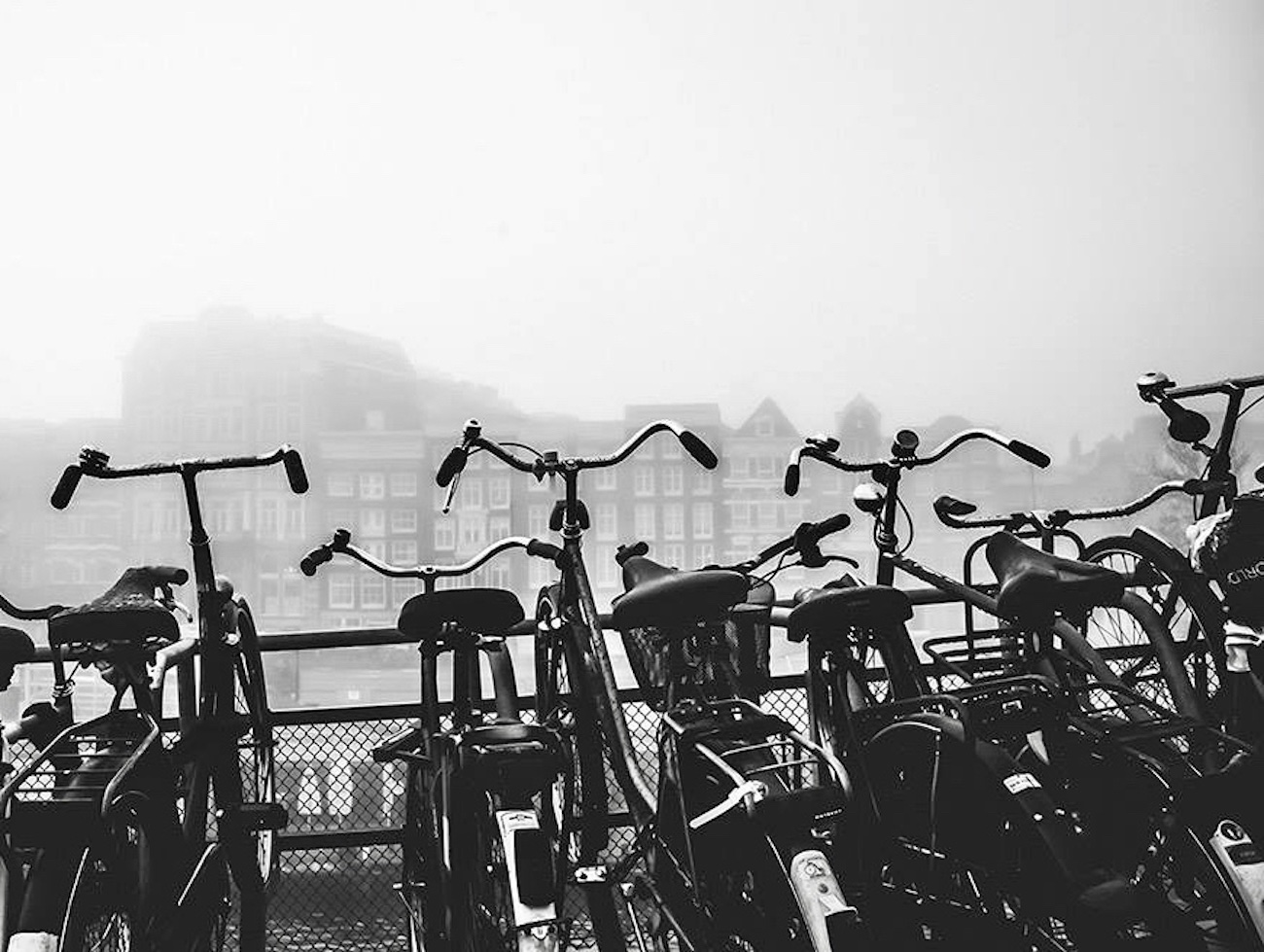 In Amsterdam there are literally more bicycles than people. Here is a list of the top ten bikes.

Narrowing down a number to just ten in a city with over a million bikes is of course subjective. There are dozens of brands and just about every kind of style imaginable. However this is not a ranking of the best bikes but rather think of it as a list that defines the bicycle landscape in Amsterdam.

In no particular order, here is my list of the top ten bicycles.

The Omafiets (a.k.a. grandma or ladies bike) is often seen as the typical Dutch bicycle. The frame features a straight lower tube and bent upper tube making it easy for entry. Generally outfitted with a single-speed coaster brake, it’s well suited for cruising around town in an upright posture. The bike is popular with men, women and the young as they can take a beating and are easy to maintain.

Another classic throwback is a bicycle with a double top tube. Designed with strength in mind, these frames are well suited for the overly tall Dutch. Several manufacturers still produce bikes with the double top tube, luring nostalgic seekers while fulfilling a practical need.

The Dutch company VanMoof has been popular in Amsterdam for years. They are known for their sleek, minimalist design and oversized top tube. They’ve also done a remarkable job entering the electric bike market with integrated lights, locks and mobile phone technology without deviating from their style. The X2/S2 models in Fog White and Thunder Gray have taken the city by storm.

The Bakfiets (cargo bike) and it’s high end cousin the Urban Arrow is a staple ride within the Amsterdam landscape. They became popular at the turn of the century for moving kids around town as its nuisance to get around by car. They’re also useful for moving any type of cargo, hence the name.

In a little known phenomenon outside of the Netherlands, bicycles can be a blank canvas for a personalized touch of creativity. Especially in Amsterdam where painted bikes have some practical advantages. It makes it easy to spot in a rack full of bikes while deterring thieves who don’t want to be noticed riding away in stripes and polka-dots.

The most popular bike in Amsterdam by a country mile is the Swapfiets. Available in 3 different models but the single speed version with their signature blue front tire is so common that they are beginning to form clusters. It’s also a bike people don’t even own as they are leased on contract for €16.50 per month. Swapfiets offers top service as they will either repair your bike or replace it within a day. Bonus marks for using magnetic induction lights, making them always visible while saving millions of batteries over time.

The OV-fiets is a rental bike found at nearly 300 stations and metro stops across the Netherlands. As such, the bike is certainly not unique to Amsterdam even though they can be found at a dozen locations in the city. Once linked to a OV-chipkaart, the fare for the OV bicycle is €3.85 per 24 hours, up to a rental period of 72 hours.

Okay it may be a bit of a cop-out to use a generic term like a family bike as it relates to anything with a child seat. But what is the norm in Amsterdam is often an eye-opener for visitors to the city. It’s a humbling reminder that the bike isn’t just about you.

These stylish bikes are designed in Amsterdam and are a favourite among hipsters. They come in single-speed and 3-speeds while offering upgrades in Brooks accessories. They’re also well suited for the Dutch as they have a minimum frame size of 57 cm for the men’s versions. Veloretti branding also has the best slogan in cycling history. F*CK CARS.

Between 12,000 to 15,000 bikes are pulled out of the canals in Amsterdam each year. Most of these bikes fall into the canals during windy days. Others are tossed in by drunk partygoers. Each week, the city plucks them out of the water and loads them on a boat. Many mysteriously make their way back up streets, giving pause to visitors as they make the connection of where they’ve been.