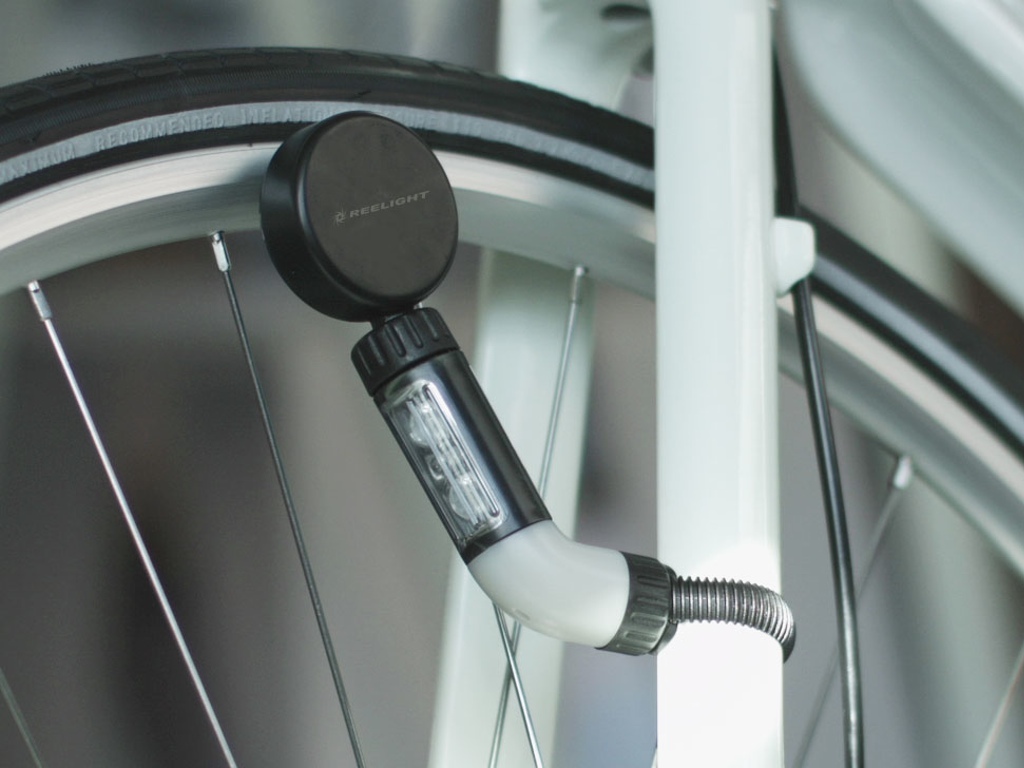 05 Nov 2015
By Campionissimo - In LATEST ARTICLES, THE DOUBLE DIAMOND

The NEO is the synthesis of advanced technology and design, representing the future of bike lights

Based on user feedback the designers of the NEO, Reelight, wanted to create a simple and intuitive bike light that is both easy to mount and also more convenient to use than what is currently on the road.

Powered by Eddy currents, the energy is generated without friction making it incredibly efficient, so cyclists will never have to think about batteries again.

For the past two years, Reelight has been researching into improving human powered energy solutions on bicycles, making their products more efficient and user friendly. As a result, evolution  brought them to create a fuss-free mounting solution with a high level of light output that is powered by the motion of your bike rim.

An eye-catching design solution echoes the old school dynamo principle, while highlighting the friction free power generation. The result allows any cyclist to take advantage of Reelight’s proven solutions using no extra power, and help minimize the impact on the environment.

The NEO represents a new typology amongst bike lights, a result of bridging new technology and forward thinking design. It meets demands of modern transportation and a goal to be self-powered in the simplest way possible. The NEO is shaped to not interfere with standard brake and lock systems, providing optimal clearance and orientation to the rim. It attaches to the frame on one end and cantilevers out from the other to be powered by the rotating rim. The design translates new technology and the requirement of easy mounting into a new iconic product with a characteristic appearance combining generator, LED and mounting piece in a single unit.

The NEO technology is the result of valiant bicycle light engineering. The light source is powered by a patent pending generator technology and there is no friction between NEO and the wheel on your bike. In order to produce energy for the light, the patent pending technology takes advantage of Eddy Currents generated by the rotating aluminum rim.

Light: The system generates enough power to run two 1W LEDs and one or two (front and rear light) low power LEDs for backup light. Great emphasis has been placed on high light performance. While you are riding, a concentrated beam lights up the road ahead, and the extra wide angle rear light provides impressive rear and side visibility. The high level of light output cannot be sustained whilst waiting for the traffic light to change, therefore an auxiliary system with a backup circuit has been developed. When stopping for traffic lights the backup system automatically keeps supplying power to the low power LEDs. A key factor in development has been optimizing the user safety at all times.

The NEO is optimized for easy user interaction, mounting is very intuitive. Insert the threaded strap to adjust its position and secure by tightening the nuts by hand. NEO can be mounted in under 30 seconds and require no tools other than the included allen key for locking and anti-theft protection. No buttons and switches are needed – all you have to do is ride and never worry about your lights being switched on/off or the need to replace batteries again.

To learn more about the NEO, please checkout their Kickstarter camping at: https://www.kickstarter.com/projects/1651132789/neo-worlds-most-powerful-friction-free-bikelight