The NuBike V2 is About as Far-Flung as It Gets 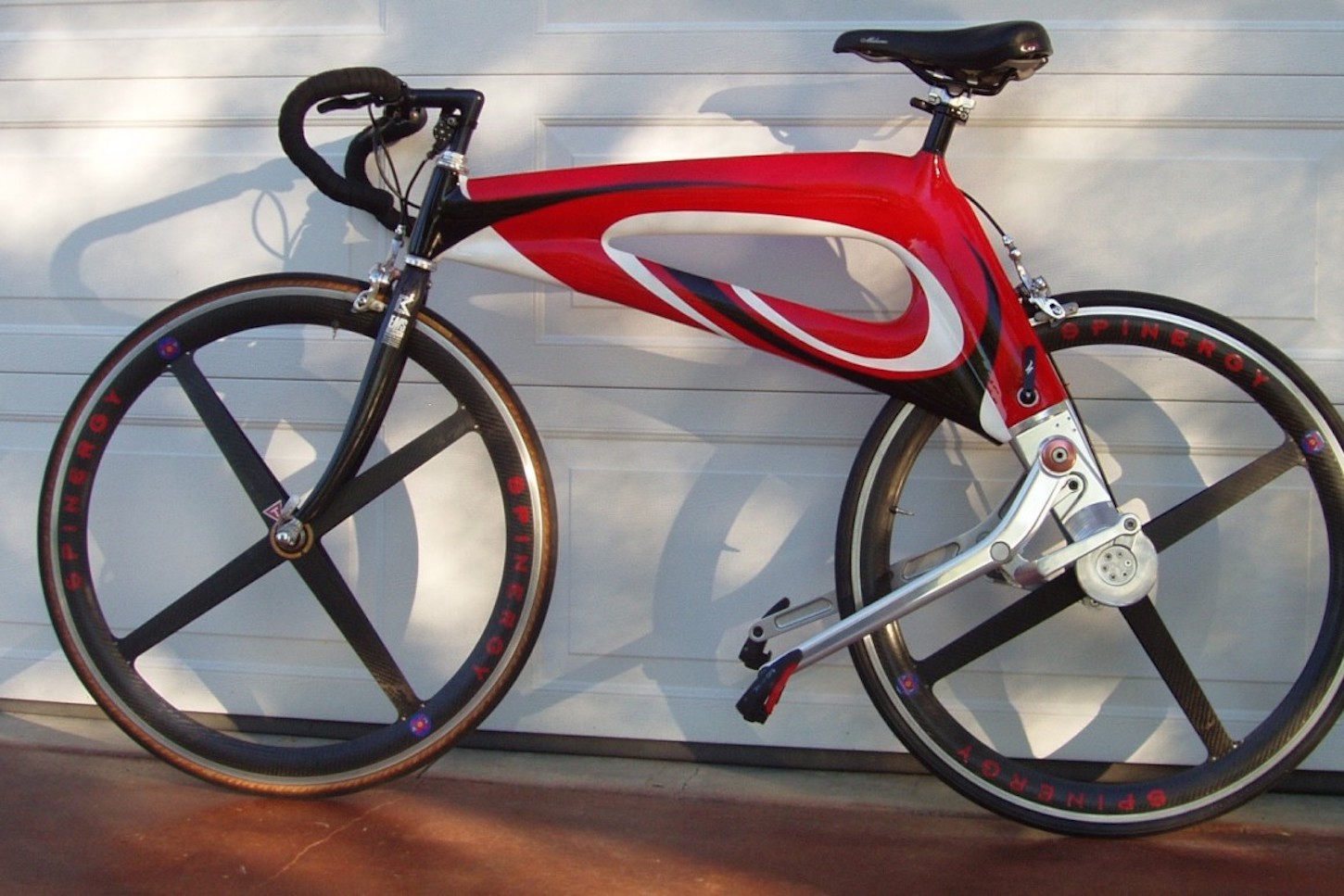 31 Dec 2019
By Gianni Pericolo - In LATEST ARTICLES, THE BROOM WAGON

Despite not meeting its crowd-funding goal earlier this year, the NuBike V2 is about as far-flung as a bicycle can get.

The NuBike V2 was developed by the Los Angeles-based inventor Rodger Parker, which does away with a traditional chain-drive set-up and replaces it with a 4-speed, lever controlled system that delivers power to a dedicated rear wheel assembly. (note the vintage Spinergy wheels and Kinesis fork!)

“By eliminating the chain, it’s capable of going faster with less effort using the mechanical advantages of leverage and gravity. Longer pedal cranks deliver more power to the rear wheel. Gravity and near vertical pedaling, combined with the rider’s weight, produces continuous force throughout the entire pedal stroke… not just for part of it. There’s less stress to the hips, knees and ankles and it’s easy to store securely. Simply put, NuBike is more efficient and the concept will practically work on all bikes,” says Parker.

In addition to its unique drive-train, the NuBike V2 features a lightweight carbon composite frame that also incorporates an internal I-Beam to boost strength. Moreover, Parker’s experience working in different materials prompted him to replace components that would otherwise be made of 7075 aluminum with magnesium, lowering the bike’s weight to an impressive sub 20 pounds.

While it’s unclear whether or not the NuBike V2 ever made it into full production, Parker has a dedicated website that purports to show its availability in road, mountain, beach cruiser and kids versions.

The initial planned retail price for the NuBike V2 was $3,800.

Try leveraging that with the Household Ways and Means committee!