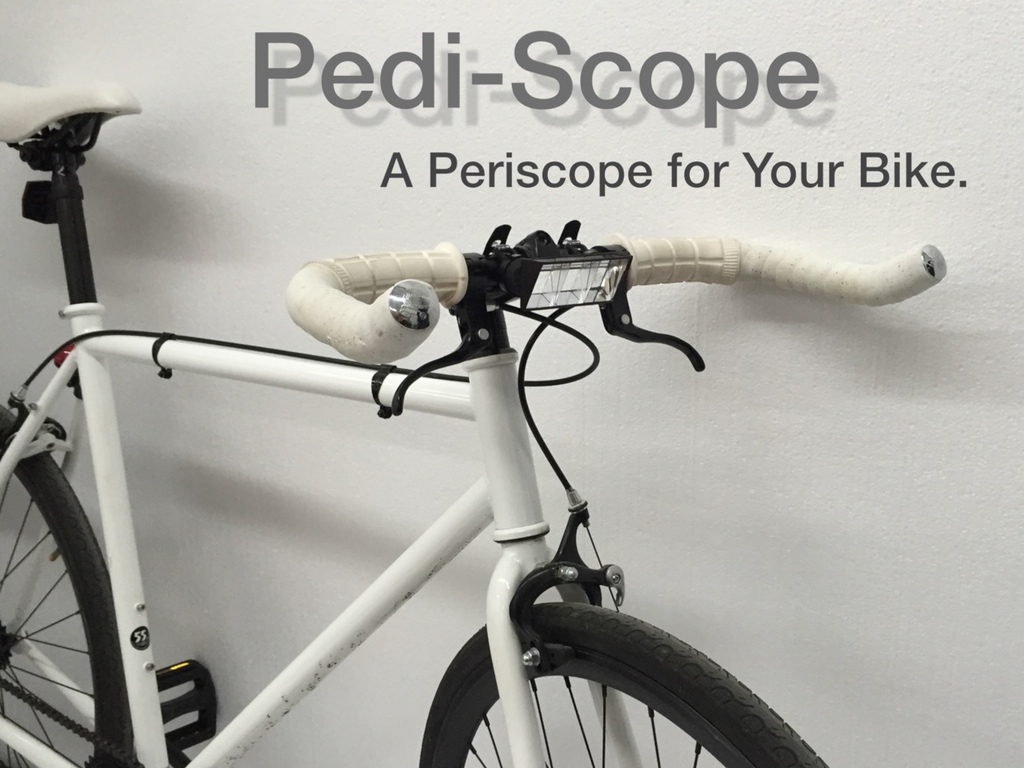 Having a periscope on one’s bicycle may seem like a ludicrous undertaking, but American inventor, Mike Lane, doesn’t think so.

Lane has turned to a crowd funding campaign on Kickstarter, to help raise funds for his bicycle “Pedi-Scope”(yes, there was a pun in there).

The basic premise of the Pedi-Scope, is to give cyclists that sometimes much needed reprieve from the constant head forward, eyes straight ahead position, which can often lead to pain and discomfort over long hauls.

However, what may turn out to be an equally important by-product of the Pedi-Scope, is its ability to help cyclists maintain a full view of the road ahead, during moments when their attention is focussed at their handlebars.

While this may seem like a trivial matter, given the onslaught of new devices and technology, which have come to inundate most cyclists’ bikes, so has their ability to maintain focus on what’s in front of them.

To find out more about the Pedi-Scope, check out Lane’s Kickstarter page.