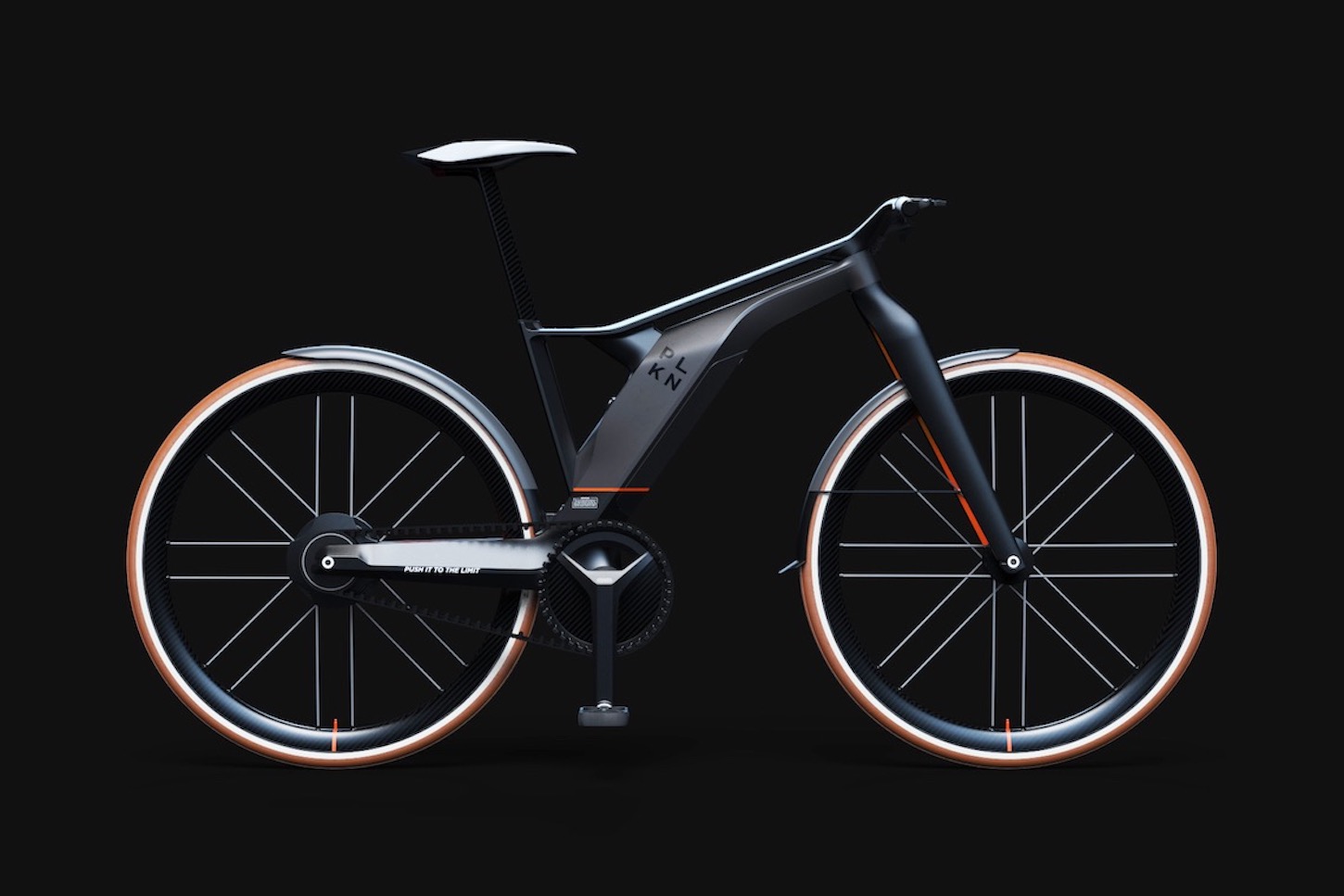 While most concept bikes never see life beyond the drawing-board, they’re nevertheless marvels of engineering excellence that leave us wanting for more.

The latest example is the Pelikan modular concept eBike by Fabian Breës, which not only provokes the senses but also foreshadows how eBikes may come to shape the future of urban mobility.

“Bikes are the greatest transportation invention since the wheel itself. They fascinate me more than any other mode of transport. It’s just baffling that humans have succesfully created a type of mobility that is faster, and lighter than running, that is surpringly pure and simple in construction, and that runs without the help of any external power source or special infrastructure. Furthermore it is inexpensive, versatile, and healthy. Because of this purity that classic bikes posess, it took me a while to get used to the thought of an electric bicycle. That sentiment was not helped by the fact that many of the first generation eBikes were merely regular bike frames with  battery packs slapped onto the luggage carrier. Some clunky flange held a mid drive motor in place and you had yourself an eBike. It took a few years and a few daring manufacturers before eBikes came into their own. The market began to spawn models of unique shapes and sizes, with beautifully integrated electrical drivetrains. Today the movement seems to curve backwards. As technology grows smaller and smaller, it seems that eBikes are trying very hard to hide the fact that they are electric. New and clever ways are devised to integrate batteries and motors into the tubing, making the e-bike seem like a regular bicycle'” says Breës.

“The aim of this project is not to criticize that movement, but I had to explore the exact opposite direction. eBikes are their own vehicle category. They might as well look unique. That sentiment was the basis for this project: a unique bicycle with a sculpted body somewhere between motorcycle and bicycle. Instead of hiding all electronic elements I wanted to use the battery and the motor as visual centerpieces for the bike.”

Unlike most eBike designs that seek to conceal the prominent parts of the drivetrain, Breës choose to expose the motor and large battery assembly on the Pelikan, giving the bike a dynamic flow of muscularity and pure, hard lines.

According to Breës, it took no fewer than four iterations before he reached a final design for the Pelikan, triangulating the bike’s main frame to create a bold aesthetic including a front-loaded battery pack along the downtube.

When it came to transferring power, Breës decided upon a dual-drive wheel system, wherein the Pelikan’s rear wheel could be swapped between a standard hub motor equipped wheel with a Speedelec Drive version that featured a more powerful hub drive with its own internal battery pack to compensate for the extra power requirement.

In addition to the original Pelikan concept bike, Breës also create an off-road model called the Trailblazer, which comprises a full-suspension system, as well as a more aggressive wheel and tire combination to handle the terrain.

So, where does the Pelikan name come from?

Breës says, “I needed a name for this product. After a bit of thinking I came up with Pelikan. The fact that the bodywork could expand -like a pelican’s beak- to hold extra battery range motivated the name choice.”

Whether the Pelikan remains the vein imaginings of Breës’, or actually takes flight has yet to be seen.

But, one thing is for certain, his design certainly ranks as one of the more interesting concept eBikes that we’ve come across lately.