CapoVelo.com
CapoVelo.com - - The Pilot is a Futuristic Concept E-Bike Aimed at the Urban Cyclist
97873
post-template-default,single,single-post,postid-97873,single-format-standard,no_animation 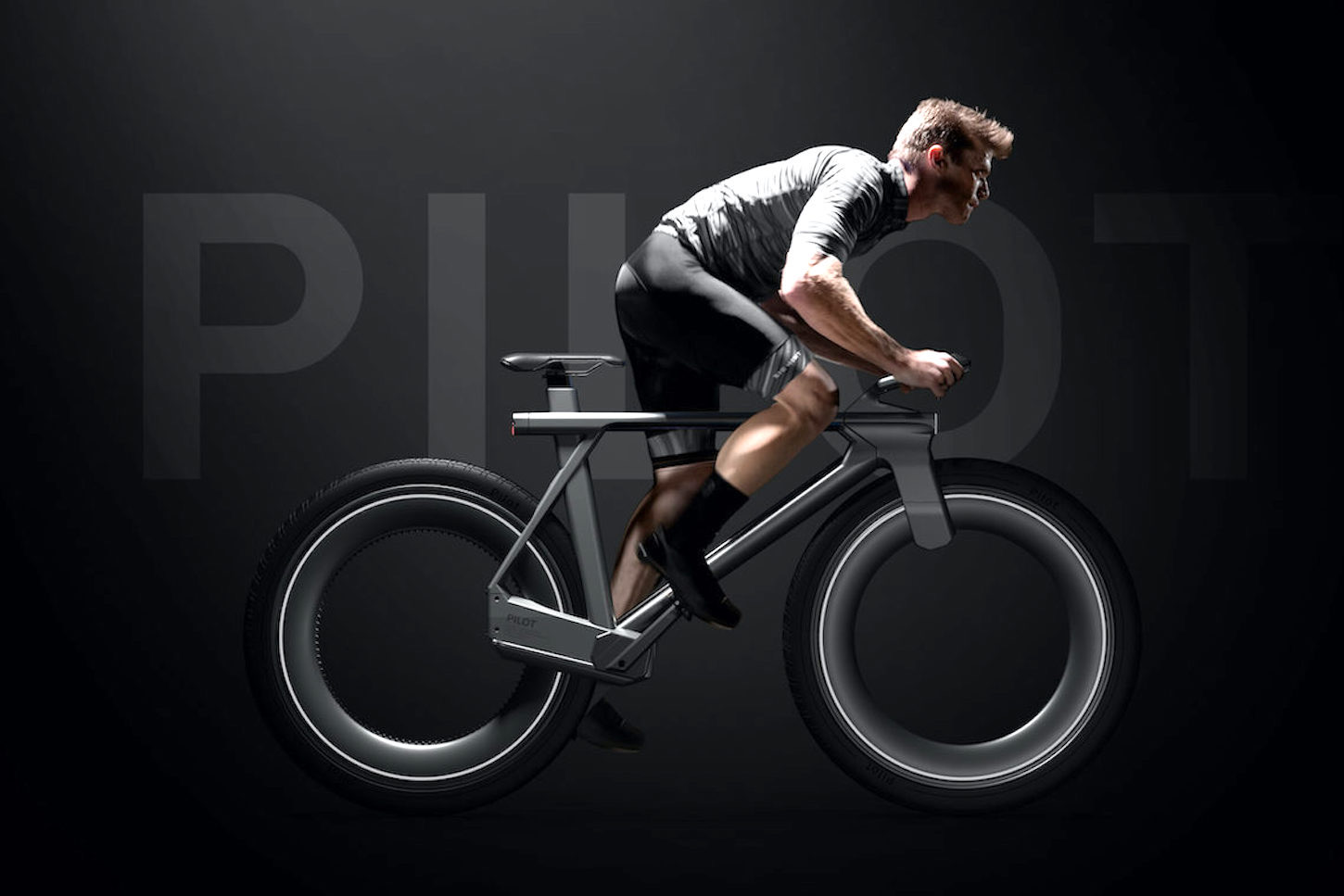 The Pilot is a concept e-bike by Franz Cerwinka that’s aimed at propelling city-dwellers across the urban landscape with a far-flung, futuristic design that even does away with traditional wheels.

“When approaching this project, I asked myself, what will biking look like in the next 5-10 years? To answer that question I conducted a wide gamut of research which included interviews, product testing and online investigating. Interviewees ranged from bike shop owners to students who ride their bikes to class on a daily basis. Product testing consisted of hours of biking using various bicycles and identifying opportunities for growth,” explains Cerwinka.

“A next generation commuter bike needed to have a striking and elegant design while also fulfilling certain user needs and expectations. From early on I knew I wanted to narrow the design down to a hubless bike due to its eye-catching aesthetic as well as the added functionality. I explored various forms from angular and industrial looks to more fluid and organic shapes. I laid out a large array of possible design directions in the form of sketches and quick ‘n dirty 3D models to narrow down to final design direction,” he adds.

The design of the Pilot is centered around a lightweight 7005 series aluminum frame and striking hubless wheels, resulting in an off-center drivetrain that’s design to adjust its gearing to be commensurate with pedaling, while an onboard motor can assist with an extra boost on inclines when the throttle is activated.

Additionally, the Pilot can be fully controlled via a companion app, initiating everything from locking the bike to controlling the built-in lights or securing the battery module. Moreover, on-board guidance and navigation comes courtesy of a center console and smartphone dock, providing critical trip details and metrics such as real-time speed, distance, calories burned and more, while the battery pack can be easily detached/swapped for external charging/secondary battery replacement.

Other notable features include a tandem set of lights and wheel reflectors for safety, along with a rear housing attachment that connects to the bike’s hubless wheels for added storage space, while another adapter allows for third-party bicycle accessories like a trailer.