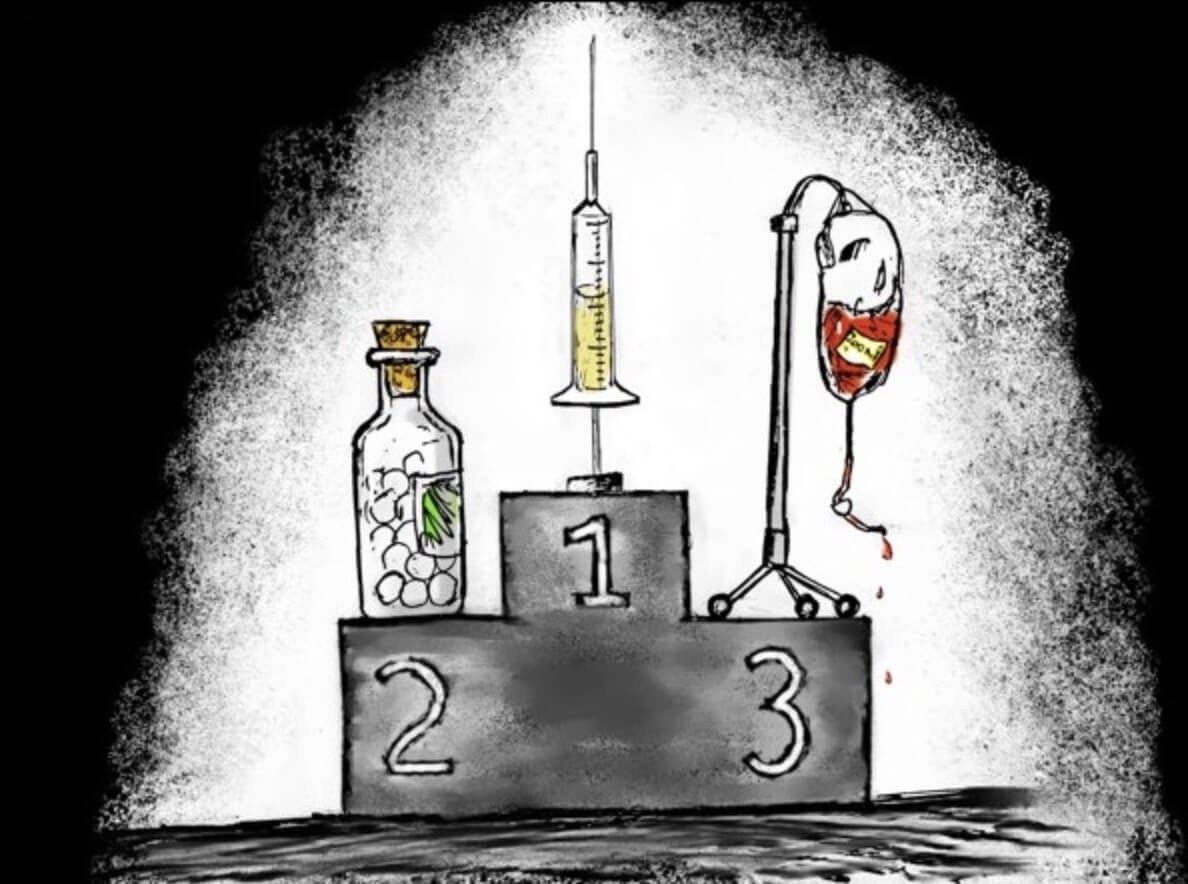 Elite British cycling outfit Team Sky “crossed an ethical line” by giving medicines to squad members which could be used to enhance performance, according to the new UK parliamentary committee report into doping in British cycling and athletics.

Though the report makes clear that the drug use was within global anti-doping rules, it devotes much attention to eight-times cycling medallist Bradley Wiggins and several occasions on which he took medicines before major races – he and Team Sky strenuously deny any wrongdoing.

Champion distance runner Mo Farah is also named. The report heavily criticises his doctor, Robin Chakraverty, for not recording the dose size of a restricted substance he injected into the athlete before the London Marathon in 2014 – Farah and Chakraverty insist they were within the rules. The report refers to “acute failures” in both British cycling and athletics around medicine procedures that urgently need addressed.

It amounts to one more doping controversy for elite international sport – barely two weeks after several Russian athletes were caught cheating at the Winter Olympics. It threatens to drag cycling even further through the mud, all the worse because British cycling’s apparent anti-doping respectability always seemed central to Team Sky’s success.

The global system for preventing doping is not working properly and needs reform. For defenders and critics alike, here are three radical options:

1. More of the same, but better

It is possible that up to 50% of athletes have doped. We need substantially more funding for more frequent tests to make participants really fear being caught. Obviously this would only address detectable drugs and not substances which tests cannot yet find, but this would be an improvement.

To achieve this, you could pay athletes less money. Rewards vary hugely of course, but for instance the winner of the Tour de France receives €500,000 in prize money – never mind the sponsorship opportunities. Cutting incomes would reduce the incentive to dope and free up cash for more testing. It would also address the problem in cycling, where the richest riders can afford the best doping doctors.

Second, reduce the list of banned substances to priority substances that either have the highest health risk or most potently enhance performance. Keep steroids on the list, for example, but take off cannabis. Third, raise money from sponsors and major event organisers and governments to pay for more testing.

Despite the limited testing, one paradox with the current system is that it takes an extreme approach to keeping athletes under surveillance. Those on the registered testing pool must tell the authorities where they will be for at least an hour every day.

All athletes can be tested randomly at events, training facilities, their house or on holiday. When they are approached for a test, a drug control officer needs to chaperone them until they are ready to urinate. At that moment, the officer accompanies them to the bathroom to ensure the urine leaves the body and is not swapped for a prepared sample.

This unethical intrusion clearly does not work. Too much time and money is wasted on locating and observing athletes with little or no risk of doping. It makes clean athletes nervous that they have inadvertently used a doping substance, or that there might be a problem with the handling or laboratory processes.

One alternative option might be to spend less time on athletes and more on doctors and coaches. After all, it is very likely that they will be the conduit to doping. The recent history of cycling shows a small coterie of doctors whose doping practices could have been stopped if the right systems had been in place.

In a more rigorous system, these personnel would be regularly checked, compelled to undertake anti-doping education, and face career-threatening sanctions if an athlete reported them to the authorities.

Global anti-doping practices are overseen by the World Anti-Doping Agency (WADA), but there is no watchdog or auditor to ensure policies are fair, just and properly implemented. Governments could collectively fund such an agency. A key role would be to review anti-doping in all countries and sports to detect and prevent corruption of the testing system.

Perhaps each sport would even have its own agency. If that had been in place for cycling, some of the evidence released by the new UK parliamentary committee report would have been collected and WADA might have had a more hands-on role than it has had.

The new watchdog would also become a forum for whistleblowers and critics with new ideas for anti-doping. It would be independent enough to prevent the sorts of organisational and political conflicts of interest that have plagued the Olympics, cycling, football and other sports.

Another progressive step would be to support athletes who appeal against high or unjust sanctions. Currently, it’s a long and expensive process in which they are very unlikely to succeed. This would give them more trust in the system, and make them more likely to proactively support it.

Which of these three options would I choose? I lean towards less surveillance of and more protection for athletes – shifting more of the testing burden to doctors and other support staff.

The risk is that less testing of athletes could lead to more doping, so there may be a balance to be struck. Meanwhile, a global doping watchdog enforcing the kind of standards that British procedures have failed to meet might have meant that athletes like Wiggins and Farah would not have found themselves under suspicion.

We might never be able to achieve “clean sport”. But if we can put core values at the heart of change and accept that incremental progress is better than nothing, options like the ones I’ve laid down might mitigate the current failings.