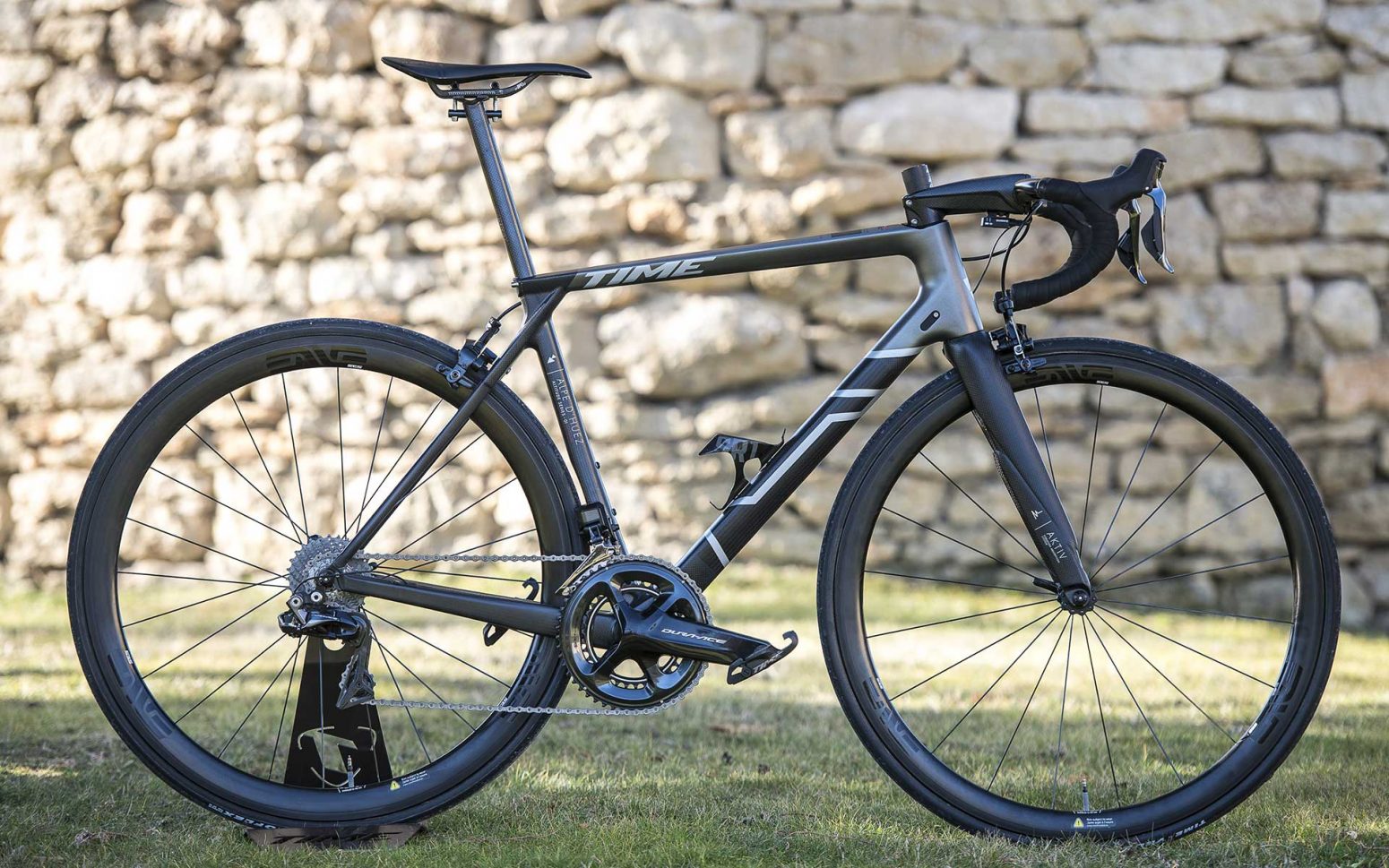 TIME Sport has unveiled a new range of bikes called Alpe d’Huez, which pay homage to the famed 21 switchback ascent of the Tour de France.

The Alpe d’Huez range marks the first new model for the French brand since the launch of its SKYLON frameset (later changed to SCYLON) and their groundbreaking AKTIV fork.

“The new Alpe d’Huez range symbolizes a turning point in Time’s history. After a period of transition into the Rossignol Group, we are proud to launch a new frame collection that marks the renewal of Time, with an iconic name and mechanical characteristics never before reached,” said TIME Sport.

The first in the new range is the Alpe d’Huez 21, which TIME says the 930g frame will only be available as a complete bike equipped with Shimano’s Ultegra 8000 groupset and a starting price of $3,500.

Moving up the price range is the Alpe d’Huez 01, which according to TIME represents their lightest frame to date, tipping the scales at a feathery 840g.

“To achieve this, TIME has developed a brand new optimized structure. The carbon braids, developed according to the desired mechanical characteristics, allowed for the removal of the finishing fabric,” Time stated. “These braids are meticulously positioned on the frame and remain apparent in the finished frame. A new thinner and lighter seatpost was also developed to match this new frame.”

The Alpe d’Huez 01 frame starts at $5,150, while complete bikes will start at around $8,500. However, TIME believes it will more likely sell as a frameset only.

“For a lot of people this is an aspirational product, and they’re going to want to build it up their own way. The one thing we know is that if we put a Di2 kit on it with ENVE wheels, somebody is going to want eTap with Zipp,” said Ryan Green, director of sales and marketing for Time Sport USA.

The Alpe d’Huez 01 frame also serves as the platform for the range-topping Alpe d’Huez Ulteam, which comes outfitted with a Dura-Ace Di2 groupset, ENVE 3.4 tubular wheels and the AKTIV fork, which incorporates a harmonic damper in each fork leg to reduce road vibration for $16,200.

The Ulteam will be offered as special edition model, which is limited to a run of just 50 bikes.

The AKTIV fork will also be available as an upgrade for the Alpe d’Huez 01 and 21 for an additional $800, while customers can personalize their frameset from a wide range of colors and text, as well as a choice between disc or caliper brakes, drivetrain, wheels and cockpit components using TIME’s configurator.

However, it will be awhile before the disc brake version(s) will be available, as TIME is still developing a newer version of the AKTIV fork, which will feature a larger damper on the drive-side in order to compensate for the added load.

According to TIME, the Alpe d’Huez range will be available starting this spring.