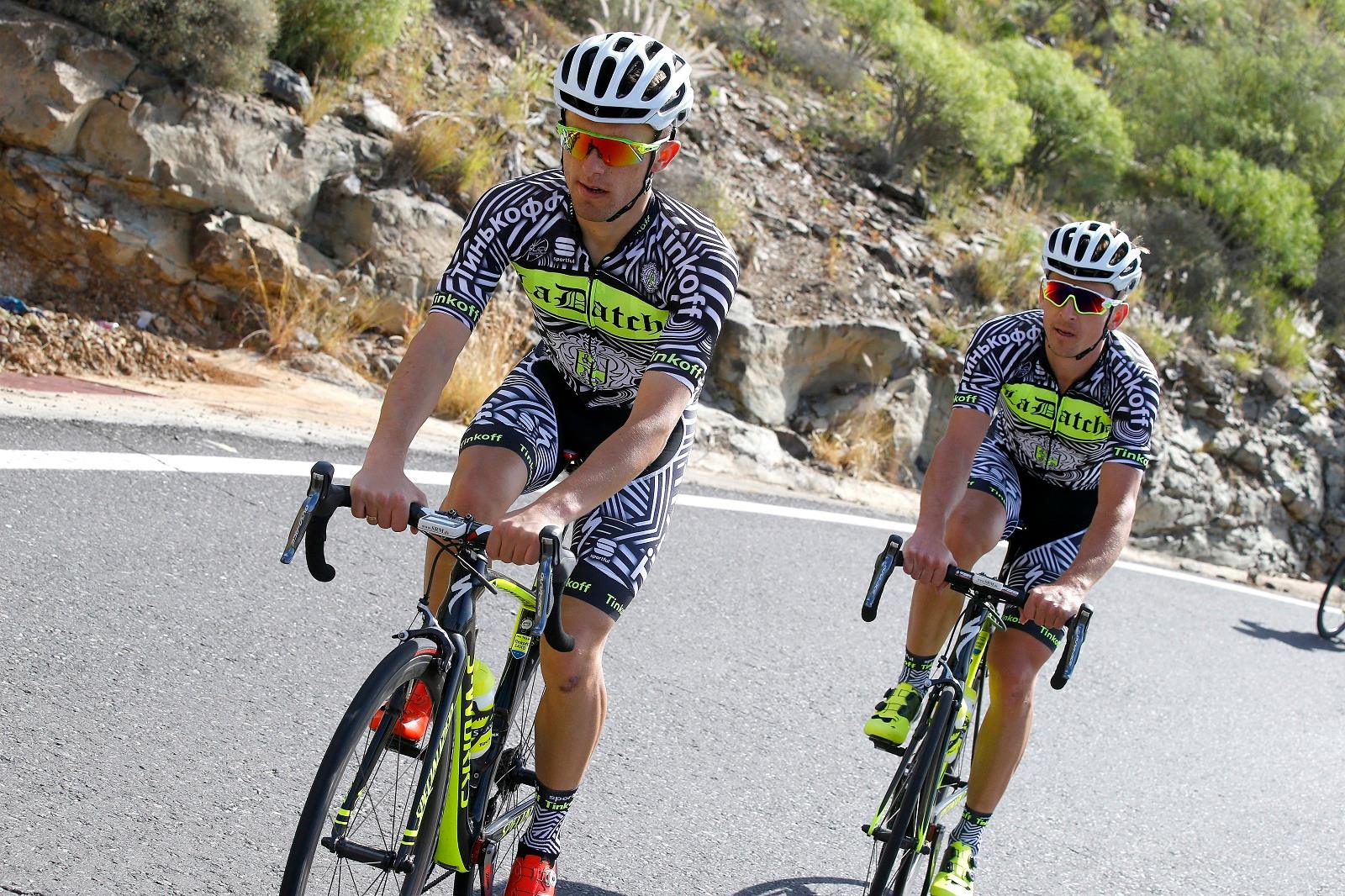 Building upon the success and popularity of the 2015 camo training kit, Tinkoff unveiled its flashy  “La Datcha” training kit for the 2016 season.

The Sportful-produced kit made its debut on the fifth day of the team’s winter training camp in Gran Canaria.

One year ago, Tinkoff-Saxo broke new ground in the sport of cycling with the introduction of the first ever training kit. Although a first in cycling, this is a standard practice in most major sports, where teams have two or even three kits, as is the case with football (home, away and third kit).

The innovative kit was immediately met with a warm reception by amateur riders around the world and was sold out, beating all expectations. In 2016, the Tinkoff training clothing will again stand out for its style as well as its BodyFit technology. Featuring all of the design excellence expected from Sportful, it is the result of the strong and close partnership with the team.

The 2016 training kit breaks away from the team’s traditional colors and features a combination of black and white geometric forms. A yellow fluo stripe on the chest and back highlights the name of the kit which ties to the Russian identity of the team. “La Datcha”, French for “The Dacha”, refers to the traditional second homes in Russia, but also to team owner Oleg Tinkov’s two Alpine chalets in the French resorts of Courchevel and Val Thorens, available for accommodation in late 2016.

According to Stefano Feltrin, Managing Director of Tinkoff, “this new kit proves that, together with Sportful, we are at the forefront in cycling apparel. We feel confident that our fans will soon be riding their bikes wearing our 2016 training colors”.

“The new design is really fresh, last year’s camo was an enormous hit and as a training kit it’s very visible on the roads which helps with rider safety. This year’s is even more visible and something a little different from the rest of the teams. Of course underneath the flashy design it’s our BodyFit clothing which is the go-to kit for Tinkoff whether they are training or racing so it has all the technical details the team needs. We think this is a great way to kick off the new season in style”, stated Andrea Peron, Performance Director at Sportful.

The “La Datcha” training kit is available on our official webshop at www.tinkoffsportshop.com