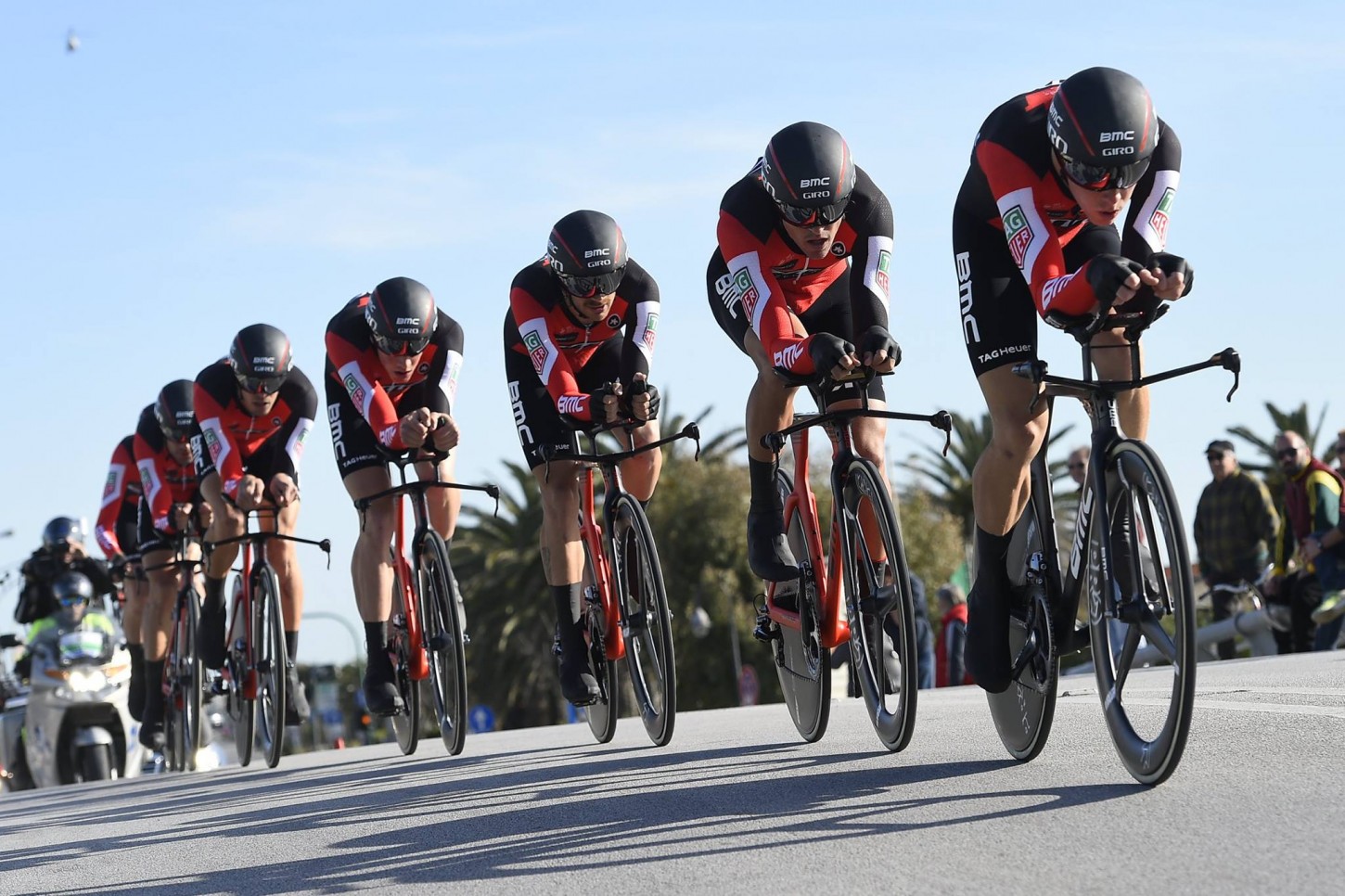 An impressive display of time trialling prowess during today’s opening stage of the Tirreno-Adriatico, saw BMC Racing Team secure a second consecutive victory along the 22.7 kilometer course ahead of Quick-Step Floors Cycling and FDJ in Lido di Camaiore, Italy.

BMC Racing was the final team to start, rolling down the ramp as the pre-race favorites having won here one year ago. But, if the eight-rider team felt the weight of any pre-race expectations, they didn’t show it.

Out on the course, BMC Racing quickly settled into a seamless rhythm as they looked to better 23:37 the time set by Quick-Step Cycling.

Fifth-fastest at the complicated turning point, including two left-hand 90-degree turns, BMC Racing kicked it up another gear heading into the second half of the course.

In a brilliant show of strength and teamwork, the riders stopped the clock at 23:20, which was more than enough to claim the stage honors, and put Damiano Caruso into the race’s first leader’s jersey.

“Most of us are time trial specialists. We won like last year but faster than last year because we have two new riders in the team, Stefan Kung and Rohan Dennis who are really fast against the clock. They have made that difference today compared to last year. Maybe the weather conditions have also helped for a faster time. At the end I was first on the line, which enables me to wear the leader’s jersey – it’s a great honor  Racing at home in Italy with that jersey will be special. We’ll see how far I can go with it. We’re also racing for our leader Tejay van Garderen”, said an elated Caruso after the stage.

Lotto-Soudal was the first team down the ramp of today’s team time trial, subsequently setting a benchmark time of 24:24, before Nairo Quintana and his Movistar team jumped ahead with 23:42.

From there, the Spanish squad was eclipsed by Quick-Step, who were hoping to go one better than their second place to BMC in last year’s opening TTT, as they set an impressive time of 23:37.

But there was no stopping BMC, who rode at an average of 58.371kmph to claim the opening race honors.