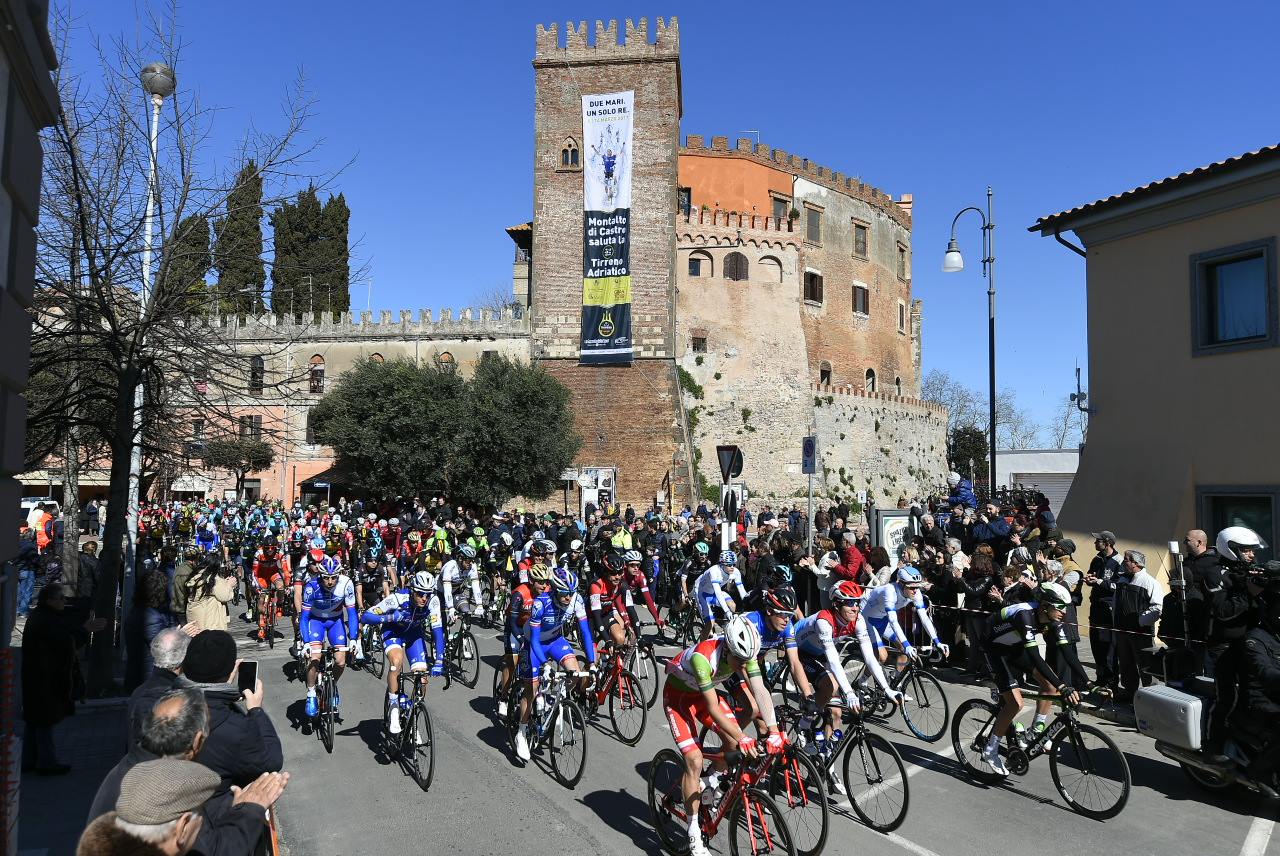 Nairo Quintana (Movistar) emerged victorious in stage 4 of the Tirreno-Adriatico today, after the Colombian rider repeated his performance from  a year ago – attacking during the closing two kilometers to claim a solo victory atop the climb of the Terminillo.

Quintana sized up his rivals to perfection, neutralizing an early attack from Katusha’s Simon Spilak during the last 5 kilometers, leaving only Geraint Thomas (Sky) and Simon Yates (Orica-Scott) able to follow his move.

From there, the Movistar rider unleashed his final attack with 2 kilometers to go, jettisoning his breakaway companions along the way.

As a result of today’s standings, BMC Racing was forced to relinquish Rohan Dennis and Tejay van Gardener’s top two positions in the overall classification to Yates and Thibaut Pinot (FDJ).

From there, the escapees went on to establish a substantial advantage of more than 10 minutes over the peloton.

Their advantage went down significantly however, as the peloton increased the pace ahead of the final climb, leaving only Ballerina at the front by the time the race reached the foot of the Terminillo.

Lammertink and Kreuziger were soon dropped from the group, leaving just three leaders out front with 10 kilometers to go.

Several attacks ensued from there, but it wasn’t until Quintana’s first of two decisive moves that left only Yates, Thomas, Rigoberto Iran and a few others, able to keep pace with the Colombian rider.

In the meantime, Quintana was also able to neutralize an earlier attack from Katusha’s Simon Spilak during the last 5 kilometers.

Quintana went on to claim a solo a victory 17 seconds ahead of Thomas, while Yates finished in third place ahead of Uran.

Today’s victory not only earned Quintana the stage honors, but served to move him up into the overall race lead as well.