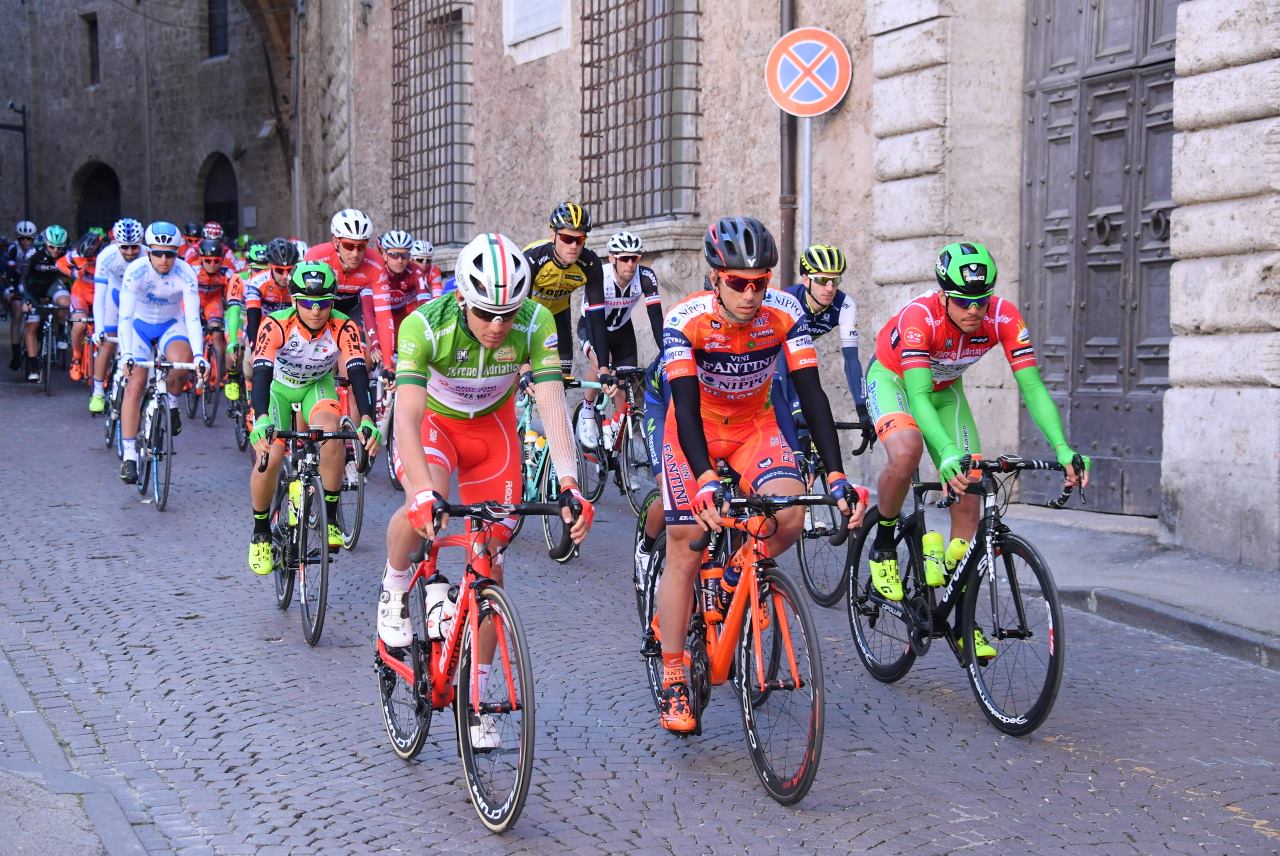 Meanwhile, Nairo Quintana (Movistar) maintained his grip on the overall race lead, with a 50 second lead over Pinot heading into tomorrow’s stage 6, which takes riders along 168 kilometer route from Ascoli Piceno to Civitanova Marche.

Matt Cattaneo (Androni-Giocattoli), Mikel Landa (Sky), Tim Wellens (Lotto-Soudal) and Bob Jungels (Quick-Step Floors), managed to escape early on in today’s stage, but the escapees were never allow to establish much of an advantage over a vigilant peloton.

The breakaway group was eventually reined in 44 kilometers from the finish, allowing Michal Kwiatkowski the opportunity to attack and set-out on his own.

However, the former World Champion was quickly reeled in by the peloton under the auspices of Team Sky.

Undeterred, Kwiatkowski attempted a subsequent attack along with Tejay Van Garderen, Rafal Majka and Fabio Felline, but their aggressions were soon neutralized by a peloton that was reluctant to allow such a formidable group to ride clear.

However, Sanchez soon found himself alone, as Kiryienka was unable to keep pace with the Spanish rider, who was quickly joined by Van Garderen after he attacked from within the chase group with ten kilometers to go.

The duo’s time out front was short-lived however, as both riders were caught with just over three kilometers left in the stage.

Nairo Quintana was the next to shake things up from there, causing several other riders in the main group to fall off pace with his sudden surge.

Sagan was one such rider who initially found himself unable to stay on terms with Quintana et al.

However, the Slovakian rider eventually bridged his way back to the lead group.

From there, Sagan initiated his winning move, which left only Pinot able to challenge the final uphill sprint.