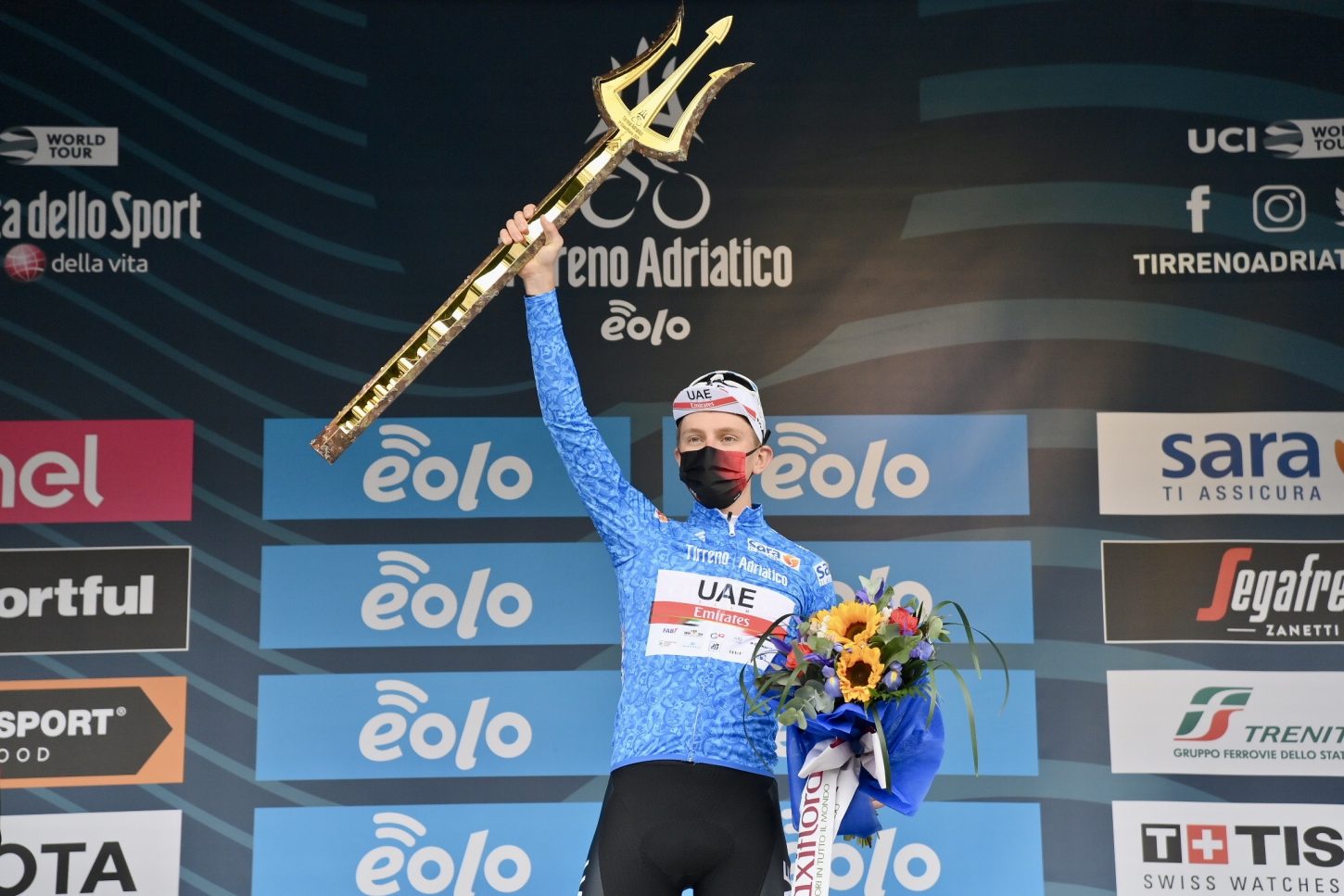 Küng set a new benchmark mid-point in the day that not even Ganna could dethrone.

However, the “hot seat” got even hotter for Küng when van Aert eclipsed the Swiss rider’s time at the halfway point.

From there, the Belgian rider continued to increase his lead, especially during the last couple of kilometers to capture the final stage victory by six-seconds in this year’s Race of Two Seas, while Mikel Landa (Bahrain – Victorious) rounded out the podium in third place.