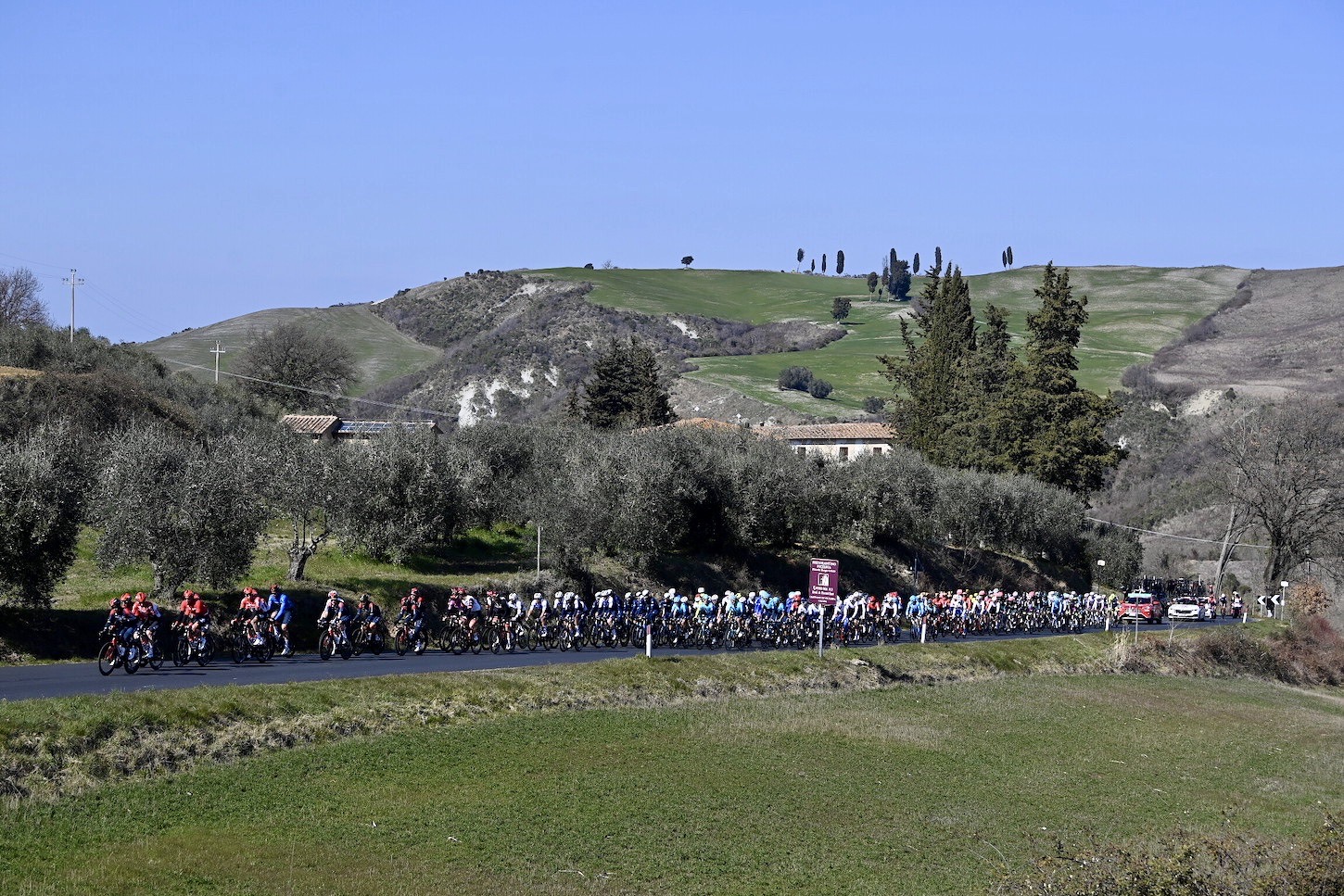 Tim Merlier (Alpecin-Fenix) won stage 2 of the Tirreno-Adriatico in Sovicille today, out-sprinting Olav Kooij (Jumbo-Visma) to earn the Belgian rider his first victory of the season.

Merlier catapulted from the wheel of Peter Sagan (TotalEnergies) during the closing meters of today’s 219-kilometer route to claim the stage honors, while Kooij edged out Kaden Groves (BikeExchange-Jayco) in a photo finish for second place.

Not long after, Marc Soler (UAE Team Emirates) decided to attack along the last climb, forcing the peloton to respond with a strong counter attack in order to nullify the Spanish rider’s move during the final 3 kilometers.

From there, several teams began amassing at the front, with Quick-Step managing to put Davide Ballerini into prime position to contest the finale.

However, Sagan was the first to launch his sprint along the technical finishing straight, only to have his efforts thwarted by a fast-charging Merlier.

Meanwhile, Filippo Ganna finished safely in the peloton to maintain his lead in the overall classification.