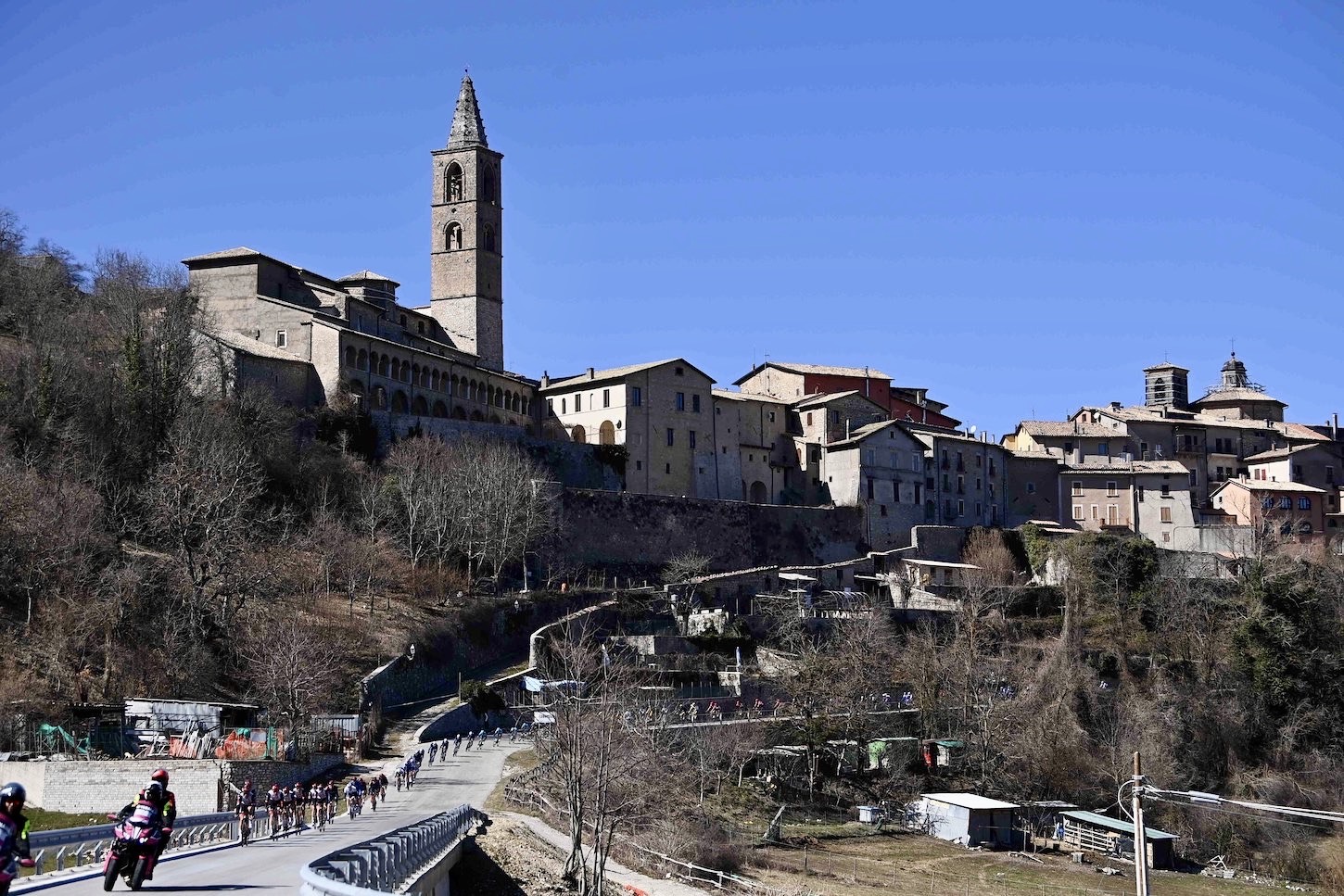 Pogačar embarked on another long-range attack along the first of three ascents to the finishing circuit in Bellante, with Ganna and Evenepoel keen to mark his move.

However, their gamble came to nothing, as the trio was eventually reined-in on the final ascent. But, a vigilant Pogačar was wise to mark every move, using  an acceleration from Victor Lafay (Cofidis) as a springboard to launch his winning attack 500 meters to go.