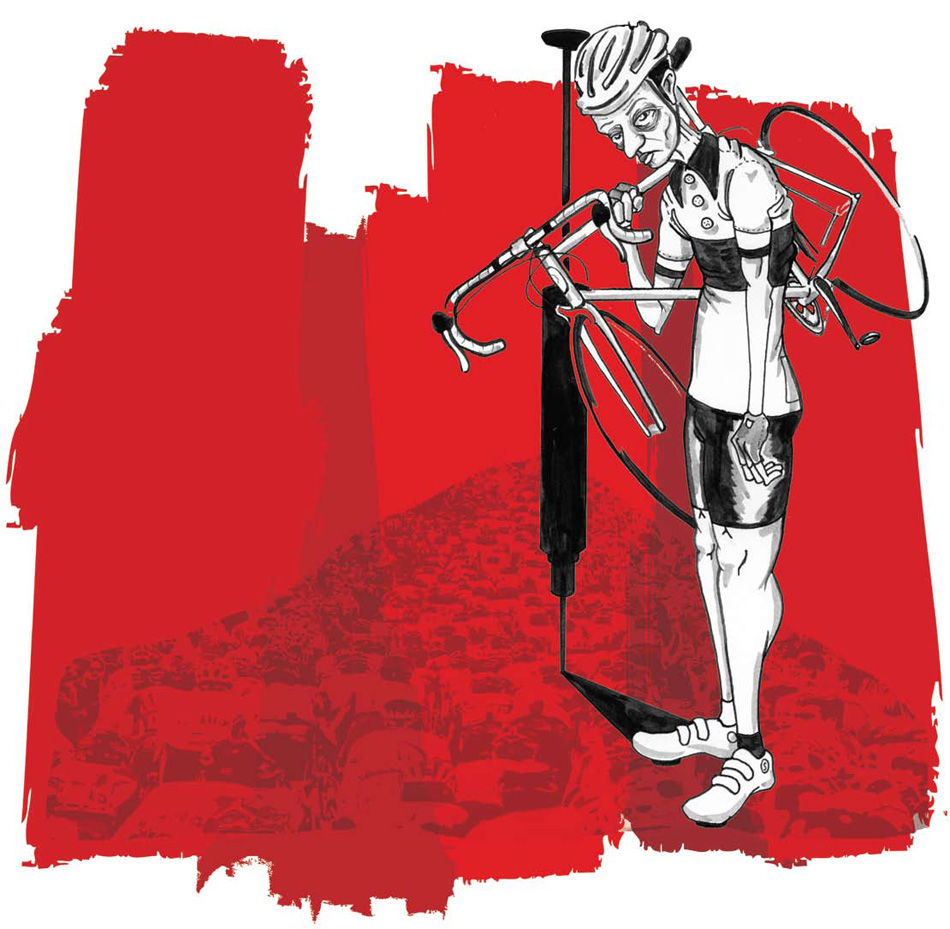 03 Aug 2015
By Campionissimo - In LATEST ARTICLES, THE GREAT RACE

Tom Danielson (Cannondale Garmin) announced last evening, that he returned a positive test for synthetic testosterone during an out of competition test on July 9.

According to Danielson, the U.S. Anti-Doping Agency (USADA) had not formally informed him of the positive test until August 2 however.

“Tonight has been one of the worst nights of my life. While I was eating dinner with my team the night before Tour of Utah I received a call,” Danielson’s first tweet read.

“For [sic] USADA notifying me that a out of competition test I gave July 9th has tested positive for, from what I understand, synthetic testosterone,” Danielson added.

He later added that, “I have not taken this or any other banned substance. I would never ever take anything like this especially after everything I have gone through the last years. This makes absolutely no sense.”

“I spoke with them and my team and I will have to sit out the Tour of Utah as I wait for the B sample as well as look into all the possible ways that could have produced this result.”

Danielson, who testified as part of USADA investigation into Lance Armstrong and US Postal, admitted to doping earlier his career but added on Twitter, that, “I would never ever take anything like this especially after everything I have gone through the last years. This makes absolutely no sense. I feel incredibly hurt, frustrated, and angry by this. I don’t understand how or why this happened and still can’t even accept this is true. I love cycling. I love it so fucking much. I love the races, the rides, the people, the businesses, I love it all. Nothing compares for me.”

Danielson was handed a twelve month suspension by USADA as part of their investigation.

The Cannondale Garmin team and their general manager Jonathan Vaughters later released a statement in which they confirmed that the rider had been suspended from the squad while the B-sample test was analyzed.

“Tom Danielson notified Slipstream Sports that he was informed by USADA that he has returned an adverse analytical A sample using carbon isotope testing. In accordance with Slipstream Sports’ zero tolerance anti-doping policy, he has been suspended from competition, effective immediately. He awaits the results his B sample. Slipstream respects and will adhere to the process of the anti-doping authorities and will not comment further.”