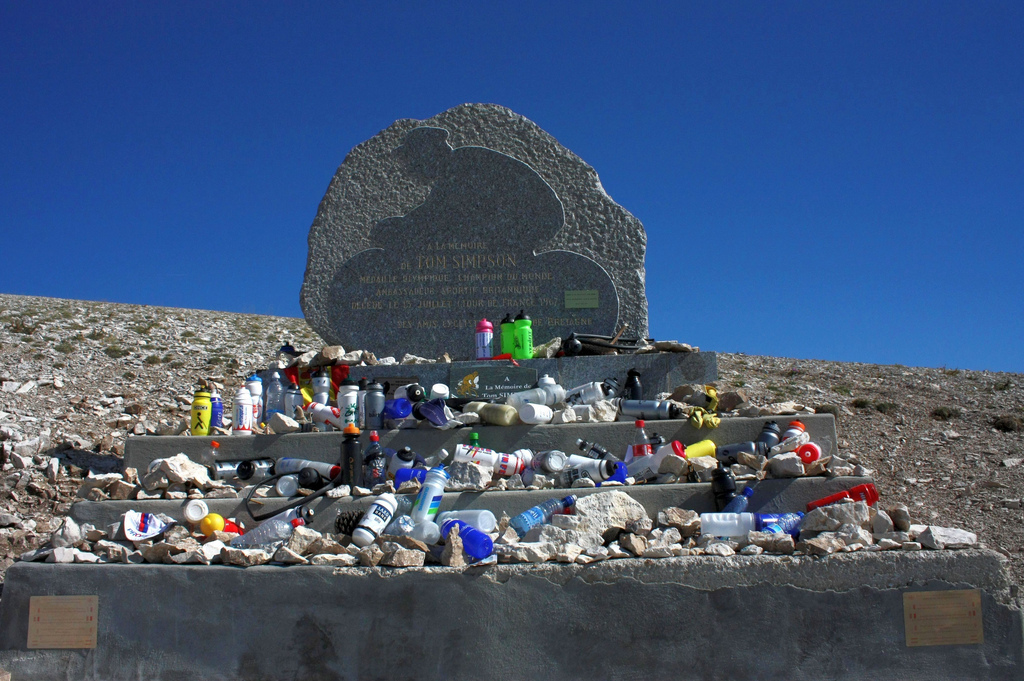 Efforts are underway to restore the Tom “Tommy” Simpson memorial along the summit of Mount Ventoux.

Simpson was the first British cyclist to wear the yellow jersey during the Tour de France, who tragically died during an epic ascent up the venerable climb almost 50 years ago.

A memorial was first unveiled in 1968 by his wife Helen, followed by regular restoration work over the decades.

In 1998, memorial received its most major restoration and updates, adding a new concrete plinth and steps with a plaque that reads, “There is no mountain too high.”

However, over the years the memorial fell to ruin, with the headstone itself eventually collapsing.

Fortunately, steps are being taken to restore the memorial to its original condition, with a remembrance ride scheduled to take place in June, which will pay homage to Simpson on that fateful day when he collapsed 1 kilometer from the summit.