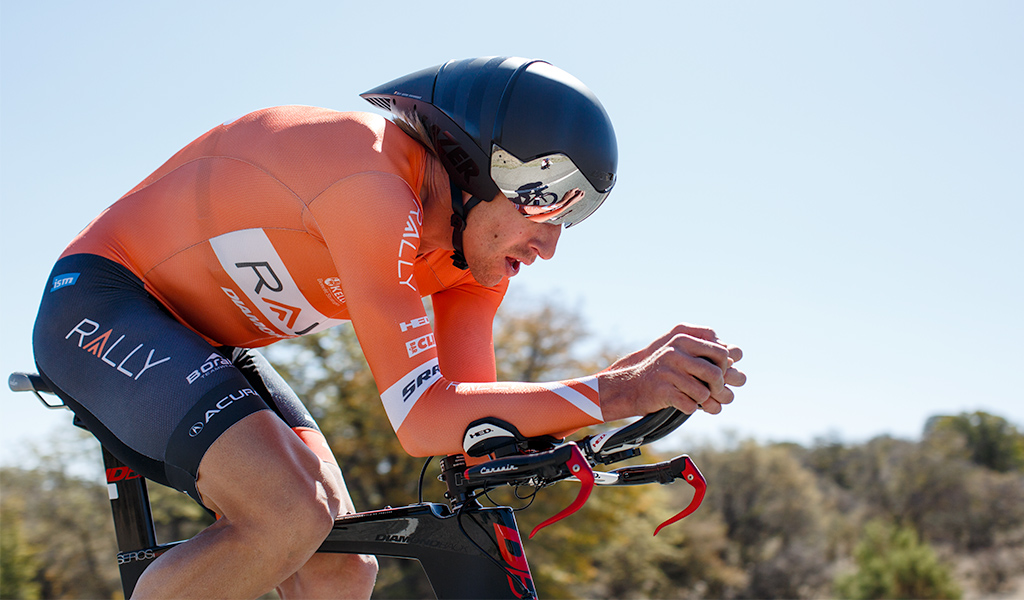 Tom Zirbel crushed the US Hour Record in Aguascalientes, Mexico today, after powering his around the velodrome to set a new record of 53.037 kilometers (32.95 miles), beating the almost two-decade old record of 51.505 kilometer set by Norm Alvis in 1997.

Zirbel’s performance today not only set a new benchmark in the US Hour record, but also set the second fastest hour record time in the world.

“This is the perfect way to end my career,” said Zirbel. “I am so thankful to Rally Cycling for giving me the opportunity to break the record. From the first time we got on the track we knew it was wicked fast. It was really a matter of managing my effort so I didn’t explode. I didn’t want to miss the American record so we went out conservatively. It’s a crazy event, a rollercoaster. An hour is a long time to be stuck in your own thoughts. I had some doubts out there – not sure if I could do it. Once I hit 15 minutes to go, I knew it was time to pick it up and give it everything I had. I am really pleased to break 53 kilometers – that was my secondary goal.”

At the halfway point, Zirbel was pedaling at an average pace of 52.7km/h, remaining consistent with 16.9 seconds a lap. As the event progressed, he sped up and was pushing lap times as fast at 16.6 seconds for the last five minutes, bringing him close to the 53km/h mark and enough to secure the record.

Zirbel announced that he would retire from professional bike racing before this season started with Rally Cycling, but that he wanted to finish his career with the US Hour Record.

It is beautiful to see someone end their career with such a big accomplishment,” said Performance Manager Jonas Carney. “Tom has been great to work with, just fantastic. He has been a great team player and to see him set the American Record right before he retires is really satisfying. Today, everything went really smoothly. It is relaxed here in Aguascalientes and everyone here at the velodrome is super helpful. We started conservatively and slowly ramped it up. The middle part of his effort was really steady. In the last 15-minutes he just started to ramp it up and pushed it past the 53-kilometer mark. He rode almost a perfect event, I don’t think he could have paced it better. We picked the right gear, the equipment and the right schedule for it all to come together.”