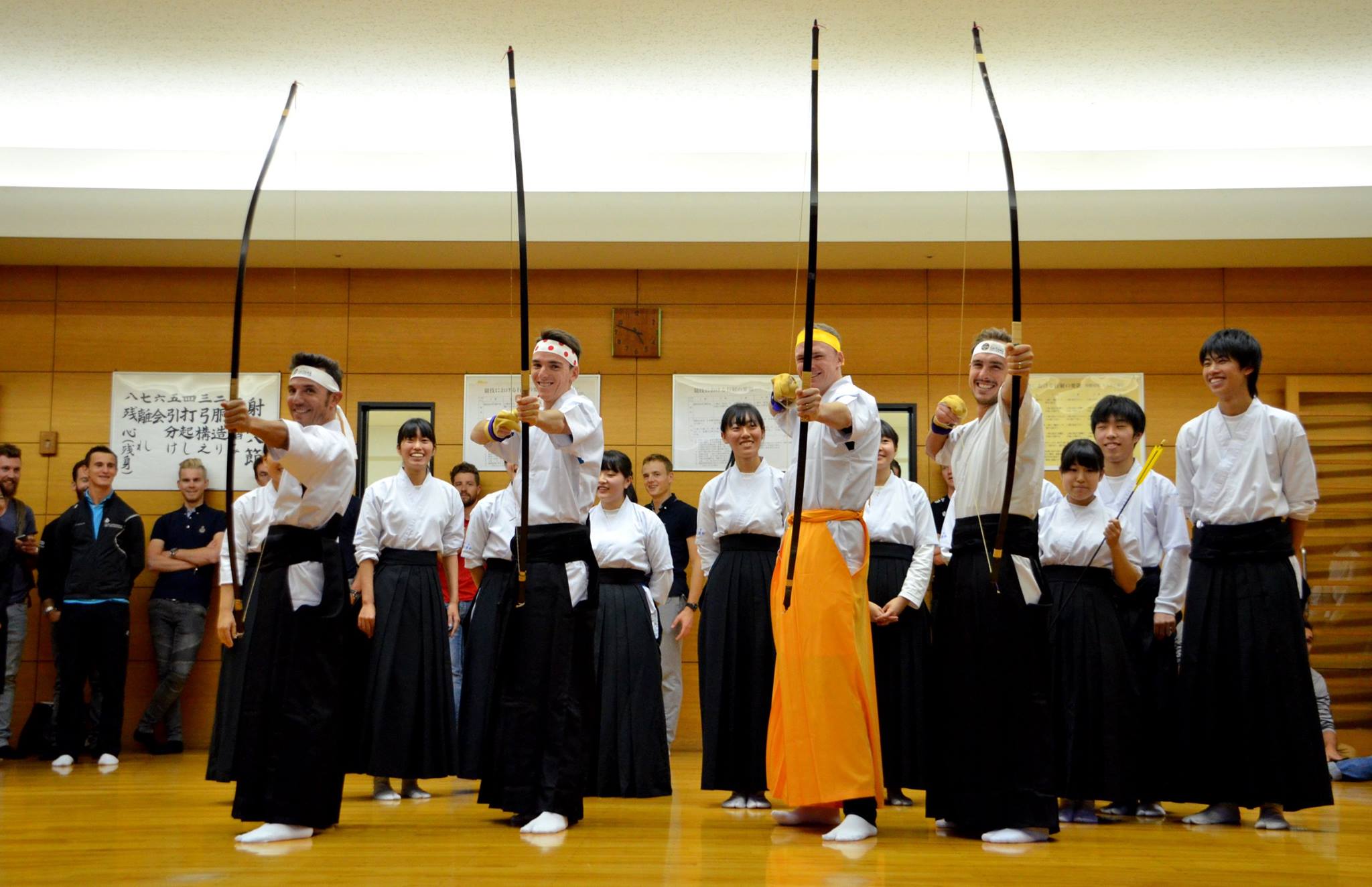 23 Oct 2015
By Gianni Pericolo - In LATEST ARTICLES, THE GREAT RACE

Every year, top riders arrive in Japan to participate in the Saitama race series, but before they even take to racing, they’re encouraged to broaden their cultural horizons with a taste of traditional Japanese customs on the eve of the race.

The riders in the 2015 Tour de France Saitama Criterium will be back in the saddle tomorrow morning for the third edition of the race, which for the first time features a time trial, a points race and a main race. In the meantime, they’ve been learning traditional archery… and it’s advantage.

DEGENKOLB AND PURITO, THE NEWCOMERS

“Watashi wa Joaquim Rodriguez des”! He’s known as the most explosive puncheur on planet cycling, but Purito also showed himself to be an expert at wowing the public in Saitama, addressing them in Japanese in the introduction to the press conference. In reality, the double stage-winner from the 2015 Tour (Huy, Plateau de Beille) is a regular in Japan: “It’s the fourth time I’ve been, I think it’s a fabulous country… every time I discover new things”. This time, it’s the extraordinary atmosphere of the Saitama Criterium that the Spaniard is getting to grips with, as is John Degenkolb, who has also set himself a target for Saturday morning: “I was disappointed not to win on the Tour, so I’m here for a kind of revenge”.

A NEW STRING IN DEGENKOLB’S BOW!

The cultural program put together for the Criterium riders has seen them putting their powers of concentration to the test in the budokan (martial arts center) in the Omiya district. The warm-up began with a recital of the ancient harp, the Koto, played with extreme precision by the few students who specialise in the instrument. When it was time to get down to business, the four headline acts in the Criterium expressed themselves with a traditional bow in hand. Almost as at ease as on the roads of Milan-San Remo and Paris-Roubaix last spring, John Degenkolb was the only one to fire his three arrows into a target set 15 meters away. Romain Bardet, Chris Froome and Joaquim Rodriguez are warned that the German sprinter is in form for tomorrow…

The Saitama railway museum is the top destination for all young Japanese. They flock there from every island in the archipelago, and were out in force to welcome the Tour riders. Every child’s inner train driver stirred in the cyclists gathered around the locomotives and carriages on display in the museum. At the end of their visit, Froome and the rest got a taste of history by sitting in the first Shinkansen (Bullet Train), the jewel of national heritage designed in 1964: “Impressive!”, exclaimed Romain Bardet.

On J-Sports, “Tour Night” is an institution. The Japanese sports channel has shown the Tour de France since 1998, and presents a special show broadcast live in front of a studio audience just after the route presentation since 2006, well before the Saitama Criterium was conceived. The key players in Saitama now guest on the show the night before. This year, the favourites are Chris Froome, Joaquim “Purito” Rodriguez, John Degenkolb and Romain Bardet, and they were more than happy to do the interviews, forecasts and other off-beat quizzes, to the delight of the crowds who had come to applaud them.