“Tough As Old Boots”: Looking Back at Walter Godefroot 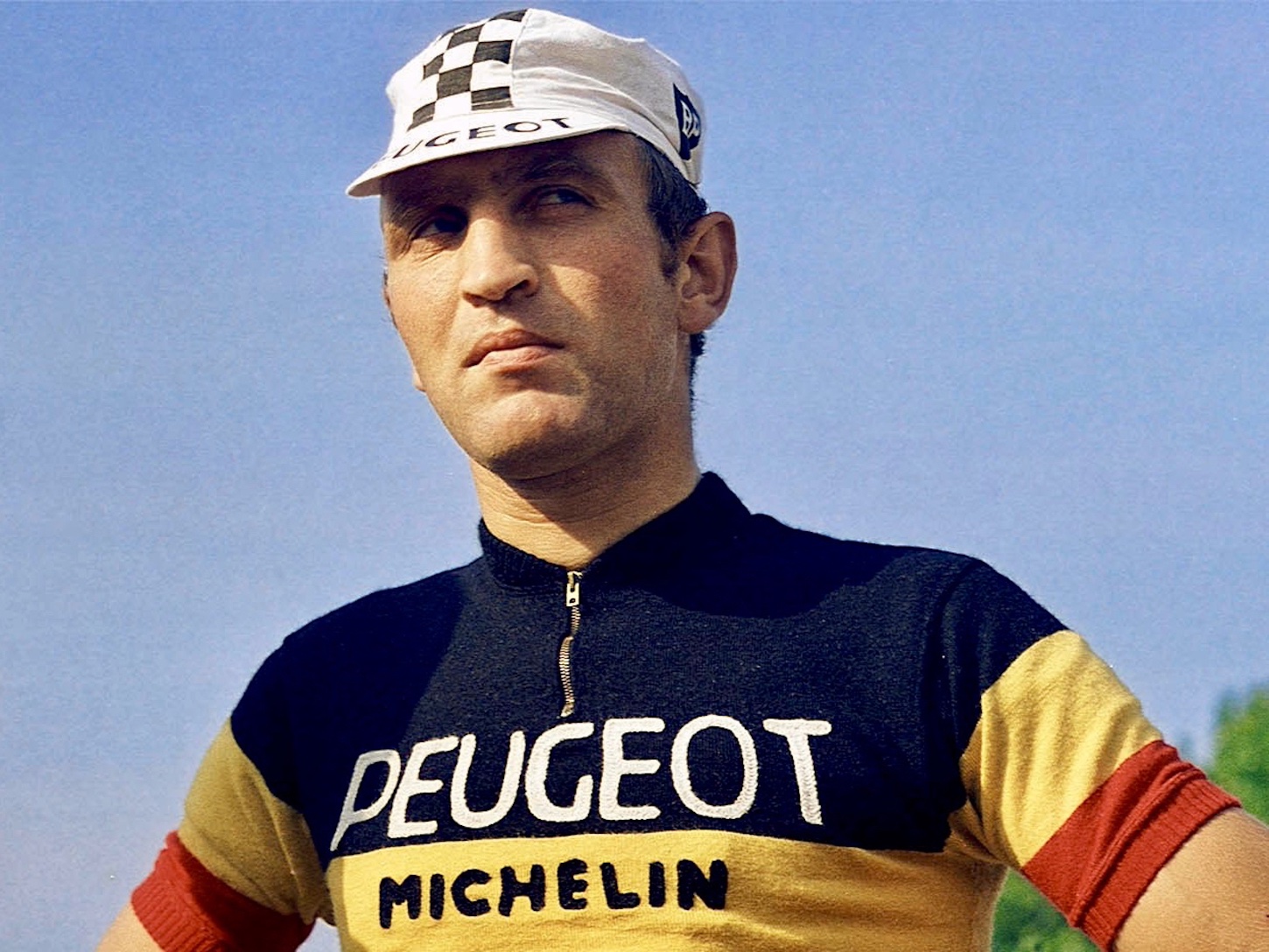 In his native Flemish tongue, they would call him a flahute. In English ‘tough as old boots’ would be an appropriate epithet. Either way Walter Godefroot has had an astounding career at the top level of professional racing to which, at the age of 62, he has just decided to bid adieu. The current generation knows Godefroot as one of the most successful directors sportif, as the long-time leader of the T-Mobile squad (which was called Team Telekom when he first joined the team in 1992).

Born in 1943 in Ghent, he turned pro in 1965 and for 15 years performed at the highest level; he is a true Flandrian. In modern times, Andre Tchmil reminded me of Godefroot. Such riders thrive in the northern classics with foul weather and endless cobbles. They can leave their adversaries groveling behind them or deliver the coup de grace with a killer sprint at the finish.

My preferred memories of Godefroot go back to my early years in the sport. On his bike he looked the epitome of classic Belgian power. In pictures and on the television his ‘boxer’s nose’ was highly distinguishable. He grew up in the “rough and tumble” school of Flemish kermesses and criteriums and then came to dominate them. His palmares give us a list of endless wins in towns and villages close to his native city. Anyone who has raced in the area will readily recognize Temse, Melle, Deinze, Drongen, Lokeren and so many other small towns. In those years races in these places were like mini-world championships. Huge crowds attracted by the very best names in the sport, who themselves were in turn attracted by significant start and prize money. When I raced there at that time, the goal was to get into the top twenty because that was the cut-off for prize money. If Walter was riding, the usual question would be ‘who is going to be second?’ As Godefroot entered this scene Rik Van Steenbergen was reaching the end of his career and during his own career, this incubator of champions saw great Belgians like Rik Van Looy, Eddy Merckx, Roger de Vlaeminck and Freddy Maertens emerge.

In his very first year as a pro he won the 1965 Belgian road race championship to give a very clear signal of what was to come. The following year a string of wins was accompanied by some excellent places in lesser classics and an extraordinary fourth place in the Liege-Bastogne-Liege. The next year (1967) he won the Liege-Bastogne-Liege to firmly establish his place at the very top of Belgian and world cycling. That same year he also rode his first Tour de France and won the very first road stage, the first of ten Tour stage wins throughout his career. In 1970, he won the Tour Green Points jersey at a time when Merckx was at his cannibalistic best (Merckx won the overall GC and the climbers’ polka dot jersey that year). Merckx once said, “Walter Godefroot is the only one of my adversaries who I never beat in a direct fight for victory”. This is high praise indeed and clearly positioned Godefroot’s prowess as a rider.

When asked to recall his favorite Tour highlights, Godefroot was very proud of his win on the very first time that the Tour finished on the Champs-Elysées, in 1975. However his absolute best memory was of the day in the mountains where he rode alongside Merckx and Raymond Poulidor to finish third on the stage. As he said, “Not bad for a classics hunter and sprinter.”

Usually Godefroot is rightly classified as a “classics hunter.” Of the five monuments, he won the Tour of Flanders twice (1968, 1978), Liege-Bastogne-Liege (1967) and Paris-Roubaix (1969). Other notable wins came at the Ghent-Wevelgem, Championship of Zurich (twice) and the Dunkirk Four Day. Like so many of his generation, Godefroot also excelled in races beyond his ‘specialty.’ Before its demise, the monster 350km Bordeaux-Paris was a much anticipated classic each year. The first part of the race was run as a traditional bunch race. About 150km before Paris , the riders were met by their dernies to be motor paced to Paris . Godefroot won the race twice (1969, 1976). Godefroot also won the now-defunct Criterium des As (derny race) in Paris, which in his day was a highly prestigious ‘by invitation only’ race.

In addition to his Tour de France successes, Godefroot also produced numerous stage wins in other races. During the winter he often ventured into the world of indoor six-day track races. In this discipline he won the 1966 Madrid six, paired with Emiel Severeyns.

Times have changed. Godefroot remembered that in his 1967 Tour, there were 10 riders on the team with a support staff of six people. Today, the nine-man teams will typically have a staff of around 40 people looking after them. After his retirement in 1979 Godefroot became part of the team support staff population as a sports director for various teams before taking over at Telekom in 1992. He sees 1996 as the “most beautiful” year when he guided Bjarne Riis to victory and Jan Ullrich into second place. A close runner up was the following year when he took Ullrich to the overall Tour win. After 1999 he was never able to beat Armstrong as the world watched him struggle with his incorrigible prodigy. Every year it seemed that the ritual to get Ullrich on form was a struggle made harder by the aggravating presence of his sidekick Rudy Pevenage. After four decades navigating the rigors of elite professional racing, Godefroot has opted for a well-earned quiet life.

When asked what the 100th Tour de France meant to him back in 2013, Godefroot replied, “a Tour just like any other” – a man not easily moved to sentimentality. Cycling is a job: demanding, often disappointing and occasionally punctuated by moments of sheer joy. Tough as old boots, the flahute Walter Godefroot leaves the sport with a rich legacy.