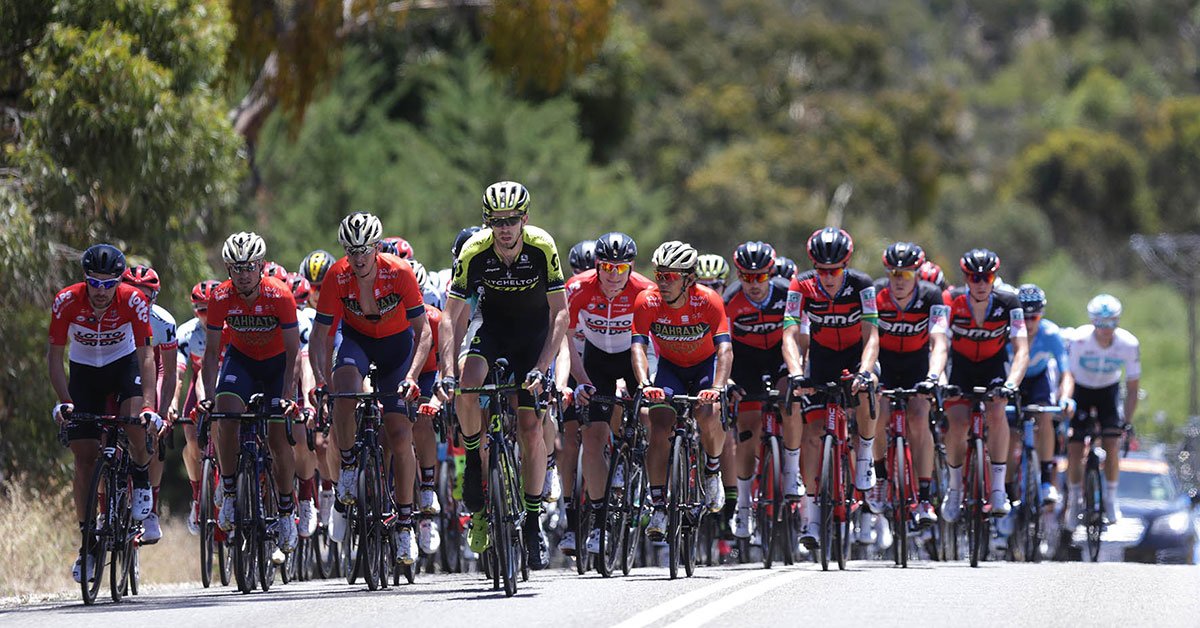 André Greipel claimed the opening stage of this year’s Santos Tour Down Under in a thrilling sprint to the line in the Barossa.

Greipel’s victory – apt given Lyndoch’s is one of the original German settlements of South Australia in the Barossa – was his 17th in the event (he is the stage-win record-holder), and came after he lost teammate Bjorg Lambrecht prior to the start of the race.

Although Quick-Step Floors had the front of the peloton for their leader Elia Viviani, the Italian had to settle for fourth on the line after being at the front early in the final sprint.

For Greipel, the return to Adelaide could not have started better.

“It was a pretty fast sprint, but I could wait as long as I wanted.”

“It’s nice to be back here this way after a few years of absence. Because of the heat, the racing isn’t that stressful. We were one guy down [non-starter Bjorg Lambrecht] but my team set the sprint really well.”

“It’s also nice to get the ochre jersey.”

The biggest highlight of the day outside of the final sprint was undoubtedly the courageous ride of EF Education First-Drapac p/b Cannondale’s Will Clarke, who claimed both southaustralia.com intermediate sprints at Cockatoo Valley and continued to battle for the lead until late in the race.

In the team’s first race with its new, conspicuously fluoro pink identity, Clarke pressed ahead to lead the race before the peloton caught him 10km from the finish near Williamstown.

The trio forged a near-five-minute lead 8kms into the race and battled for Subaru King of the Mountain honors at Humbug Scrub.

That moment saw Bowden make an early attack on the hill, but was quickly quashed by his counterparts who easily caught him before the line.

Dlamini was a comfortable winner, and will wear the blue polka dot jersey on Wednesday.

As Bowden faded, Dlamini and Clarke continued to press on, but it was the seasoned Clarke – a former stage winner at the Santos TDU – who shook Dlamini with 30km to go and continued to lead the race solo.

The exciting start to the Santos Tour Down Under comes in line with its 20th edition setting off from Port Adelaide.

It was the first time the Port had hosted a start of the tour since its inaugural edition, with the riders departing St Vincent Street to the cheers of a passionate local turnout, across the Birkenhead and Diver Derrick bridges before the start of the race.

It was a disappointing afternoon for Irishman Sam Bennett (BORA-hansgrohe), who lost a chain on the final approach into Lyndoch and was absent from the final sprint to the line.

Bennett is one of the riders Peter Sagan will be working for, along with Australian Jay McCarthy.

Daniel Hoelgaard (FDJ) also hit the fence on the final sprint to the line.

The peloton will return to the Hilton Adelaide overnight ahead of Wednesday’s Stage 2 from Unley to Stirling.