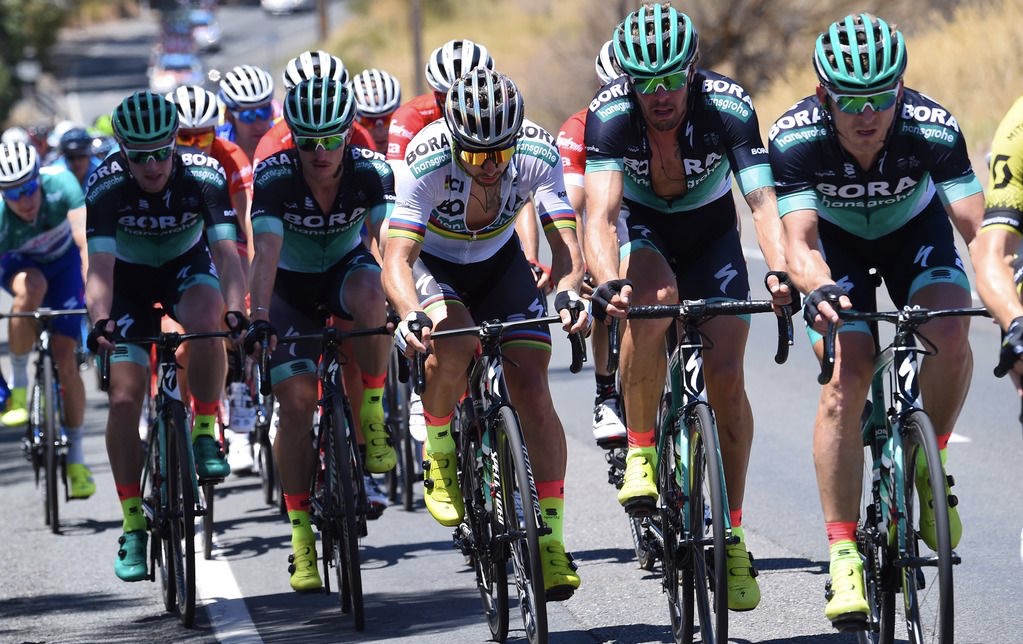 Peter Sagan has blitzed his rivals on the downhill run to the finish in Uraidla amid 45-degree temperatures in Adelaide to claim Bupa Stage 4 of the Santos Tour Down Under – and the Santos Ochre Leader’s Jersey – while becoming the first reigning world road champion to claim stage honors in the event’s 20-edition history.

Sagan (BORA-hansgrohe) formed part of the lead bunch that reeled in race leader Zak Dempster on the approach to the Subaru King of the Mountain climb atop Norton Summit Road.

Dicing with defending Santos TDU champion Richie Porte on the run through Ashton and on towards the finish at Uraidla, Sagan hovered at the front of the race-leading group as ownership of the front changed hands.

Then on the fast descent to the line, the Slovakian master made his move.

Taking the wheel of South African Daryl Impey (Mitchelton-SCOTT), it was Sagan turning on the taps in the final meters to claim the line for his first stage win of the Santos Tour Down Under following his non-points victory in the People’s Choice Classic last Sunday.

For the tour, it’s the first time a reigning road world champion has won an official stage of the race.

Sagan will shed the rainbow jersey for the iconic Ochre for tomorrow’s fifth stage from McLaren Vale to Willunga Hill.

While the 27-year-old savored his win, he affirmed his commitment to race for teammate Jay McCarthy, who is nine seconds behind in third position on the general classifcation.

“It’s been a very hard day of racing but maybe not the hottest in my career so far as I’ve experienced something slightly hotter in California a couple of years ago,” Sagan said.

“I already won the opening criterium but it’s nice to grab my first stage of the Santos Tour Down Under.”

“It’s very good for the organisation and very nice for the fans to have a different stage winner every day.”

“Tomorrow will be again another story. I’m in the Ochre jersey now but we all know we are racing here for Jay McCarthy.”

“It’s his home race. He’ll have a much harder climb than today to have his say tomorrow.”

McCarthy is third (nine seconds to Sagan), former winner Sanchez is fourth (10 seconds), followed by a glut of riders 14 seconds behind, including Ulissi, Robert Gesink (LottoNL-Jumbo), the Izagirre brothers and Pozzovivo (Bahrain-Merida), and of course defending champion Richie Porte.