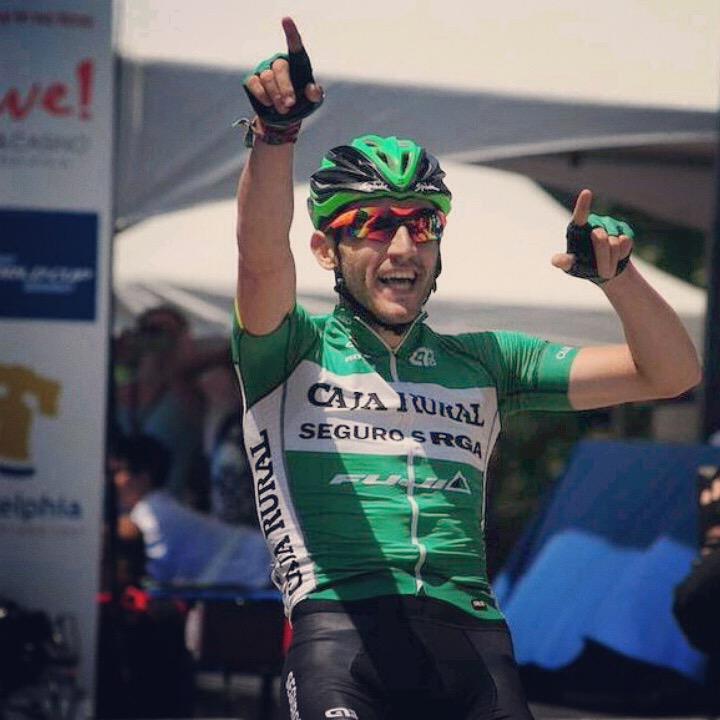 TWO SPANIARDS ON PODIUM IN STAGE 1 OF TOUR DE BEAUCE

Carlos Barbero Cuesta and Eduard Prades Reverter finished first and second at the end of a sprint that saw them edge the peloton at the finish line. Dion Smith (Hincapie Racing Team) took third.

The two riders from team Caja Rural – Seguros RGA have benefited from the work of their team members, including Fernando Grijalba Perez who was part of a eight-man breakaway who lasted more than 120 kilometers before being caught by the peloton.

The two Spanish teams, placed their two strongest riders at the front for the final sprint. “I felt great, mentioned the winner through an interpreter. I am very happy with this stage victory as the team worked so hard for us.”

Recent winner in Philadelphia, Carlos Barbero Cuesta, had the legs to climb at the top of the sprint. “The guys knew I was good and we knew that the last meters of the finish, uphill, would suit very well with Eduard and me. It was a bit the same kind of “finish” in Philadelphia.”

Sports director Jose Miguel Fernandez said that even with the yellow jersey of the leader in the overall standings, the Caja Rural team would go one step at a time. “We have different strategies depending on the positions of the other teams and we run one step at a time.”

The surprise of the day came from the “rookie” team Santé Universelle/Marin Bikes, established only in January by sports director Frederick Gates. Jean-Sébastien Perron finished in 8th place.

“Having a rider in the top 10, said the sport director, is the icing on the cake. It was only our second UCI race and are thrilled with this eighth place. Jean-Sébastien is racing his sixth Tour de Beauce and brings experience to the team. The final was made for him with an uphill sprint.”

It was only in January that Gates had the minimum necessary sponsorship to run his team. “We wanted to give racers among us the opportunity to gain experience in UCI caliber races. Our budget allowed me to put the team in the UCI race in Saguenay, where it was our first participation at this level, and also the Tour de Beauce.

To give more depth to his team, Frederick Gates acquired the American rider, Chad Beyer, who has already taken part in the Giro d’Italia.

“At 27, he had difficulty in finding a pro team for quota reasons because of age. I spent a month in Arizona, and I noticed he won all his races. I inquired with Gord Fraser, and when he told me what Beyer had accomplished, I made contact with the cyclist. He agreed to come with us. It is sure that participation in the Tour de Beauce can bring us in the news, and what we did today is also very good for us.”

The second stage will start from Lac-Mégantic and ends at the top of Mont Mégantic, where the peloton will have to be on the lookout for the exceptional climbing talents of Pello Bilbao and Amets Txurruka. 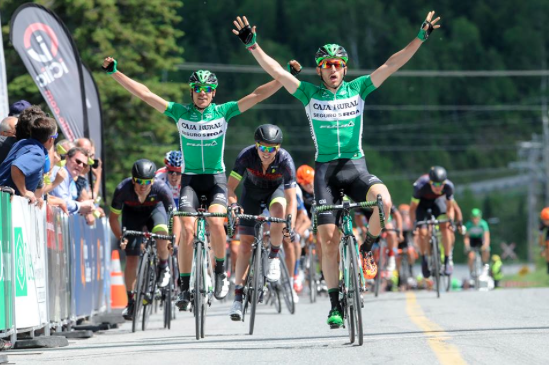