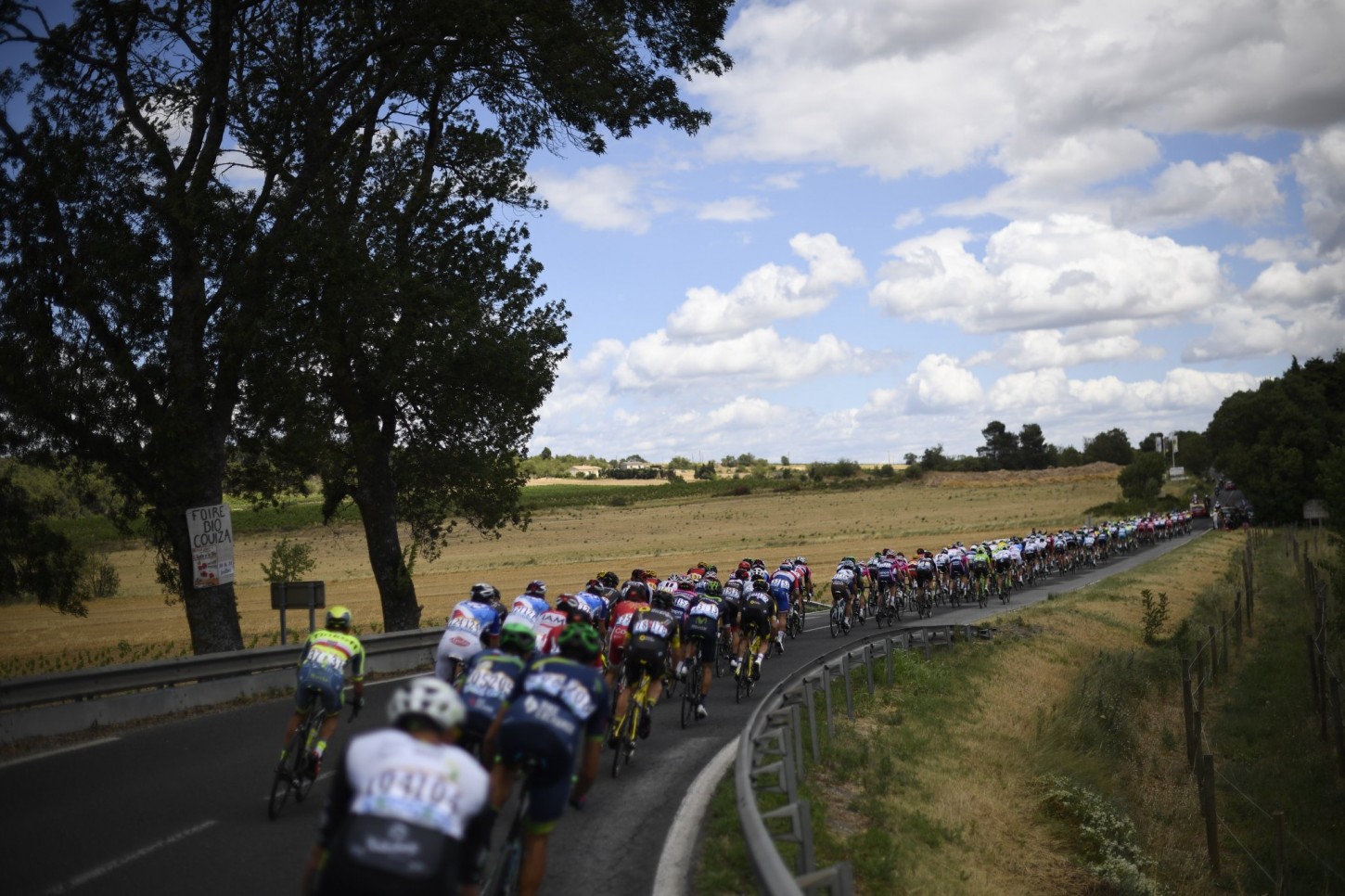 With 10 kilometers to go, Froome and Sagan attacked off the front of the peloton alongside Geraint Thomas (Sky) and Maciej Bodnar (Tinkoff).

From there, the quartet proceeded to stretch their lead out to almost half a minute over the peloton, while teams and top rival GC riders struggled to organize a chase.

However, it was too late, as Sagan, Froome and Bodnar easily managed to remain outside of the clutches of the chase, as they made their way across the finish by a comfortable margin.

“Froomey and Geraint Thomas came with us,” Sagan said of the move he initiated in the closing kilometers.“I said, ‘We are too strong. They’re never going to catch us.’ We just pulled very hard and it happened. It’s unbelievable.”

“Today everybody was like, ‘It’s crazy wind, it’s crazy wind.’ And just crazy wind was last 15 or 12km, I don’t know how much. It was not planning. It was like, it’s dangerous so you have to stay in the front. The bunch is going to split for sure. But you go in breakaway with green jersey and yellow jersey and two guys like Bodnar and Thomas, you cannot plan that. It just happened.”

Thomas said he was equally surprised at he and Froome’s good fortune.

“Sagan was just motoring,” he said. “When they went Froomey responded straightaway and behind him there was a gap, so I got up to him. We were at the front all day just waiting for something to go, and then Sagan and Bodnar just went and that was it.”

Leigh Howard (IAM Cycling) and French champion Arthur Vichot (FDJ) were out front for most of today’s stage, before the duo was caught with 61 kilometers to go.

For the most part, the peloton stayed together until Sagan and Froome et al made their winning move during the last 10 kilometers.