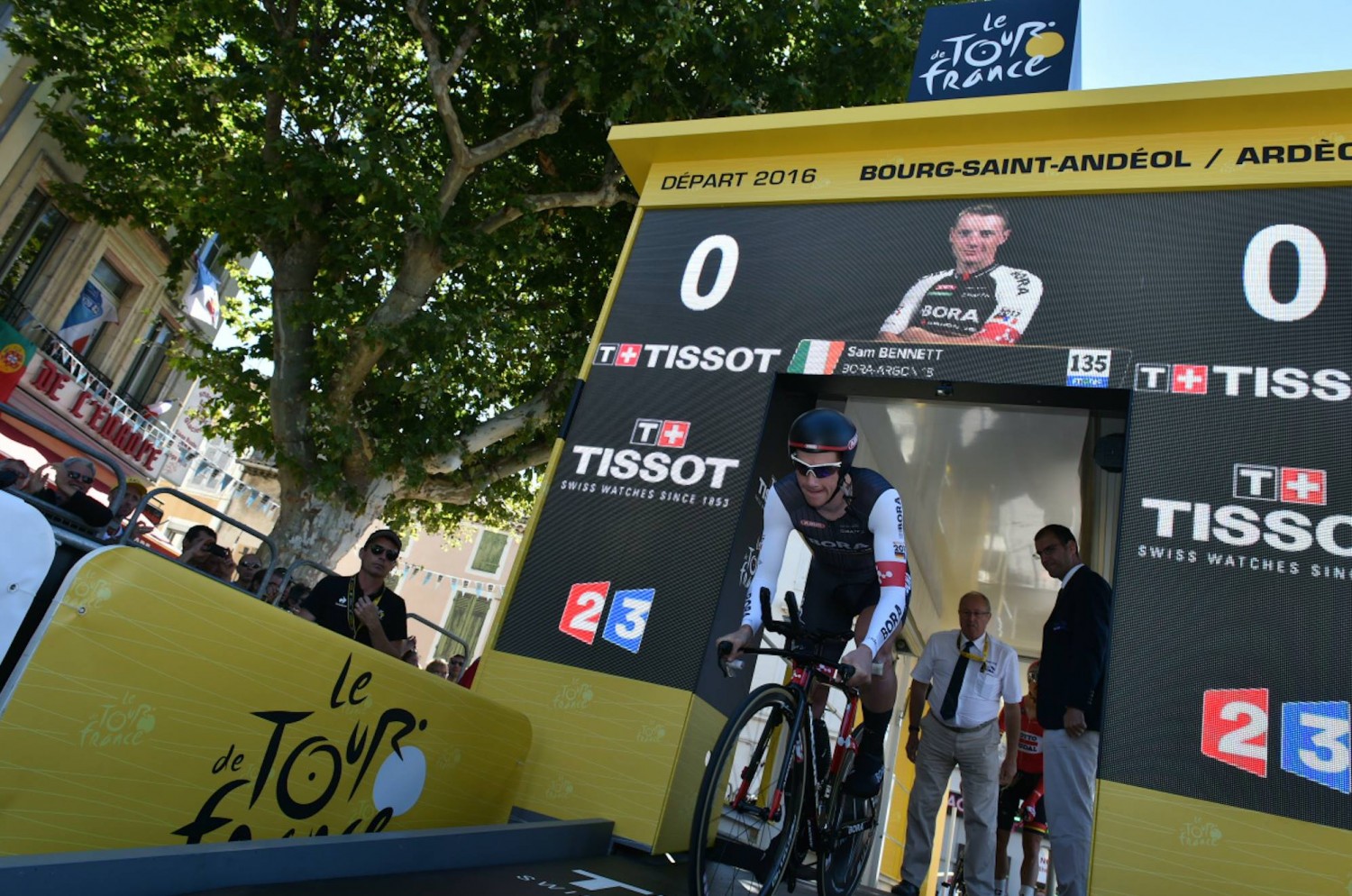 “It was a just question whether we should race or not today,” Dumoulin said. “In the end, it was a just decision to race because we can’t let terrorists rule our lives in our society. It’s terrible what happened and overshadows the day a lot. So you’re speaking to a man with two sides to his face today. Of course I’m happy with the win, but at the same time my thoughts are with everyone involved in the horrific attacks in Nice.”

Today’s victory marked Dumoulin’s second stage win in this year’s Tour de France- ultimately setting a time that was head and shoulders above everyone else.

Meanwhile, Froome gained two minutes and five seconds on Nairo Quintana (Movistar), who put in a below-par performance to finish 20th on the stage and is now in fourth overall.

After Froome, Bauke Mollema (Trek-Segafredo) was the best performing of the general classification riders – finishing fifth on the stage.

As a result, Mollema moves up to second overall, 1:47 behind Froome, as British rider Adam Yates (Orica-BikeExchange) slips to third at 2:45, after putting in a solid ride to finish 18th on the stage.

Romain Bardet (Ag2r), Fabio Aru (Astana) and Joaquim Rodriguez (Katusha) were the biggest time losers of the day, all slipping down in the overall classification.

Geraint Thomas (Sky) benefitted from a good run to claw back some time and move up to 15th overall, 6-48 behind Froome. Australian Richie Porte (BMC) rises to eighth overall.

Dumoulin’s arrival at the finish line saw him smash the previous best time set by Nelson Oliveira (Movistar) by over a minute and a half, raising the bar significantly. Oliveira held on for third behind Froome.

A combination of fatigue from the previous two weeks’ effort and a hilly course saw several of the traditional time trial experts fail to register quick times at the finish. Fabian Cancellara (Trek-Segafredo), Tony Martin (Etixx-QuickStep) and current TT world champion Vasil Kiryienka (Sky) were well off the pace.

Simon Gerrans (Orica-BikeExchange) and French TT champion Thibaut Pinot (FDJ) were absent from the list of 188 starters, having withdrawn overnight.

Gerrans fractured his collarbone in a crash the previous day, and Pinot was reportedly suffering from bronchitis. Edward Theuns (Trek-Segafredo) abandoned during the stage after crashing.