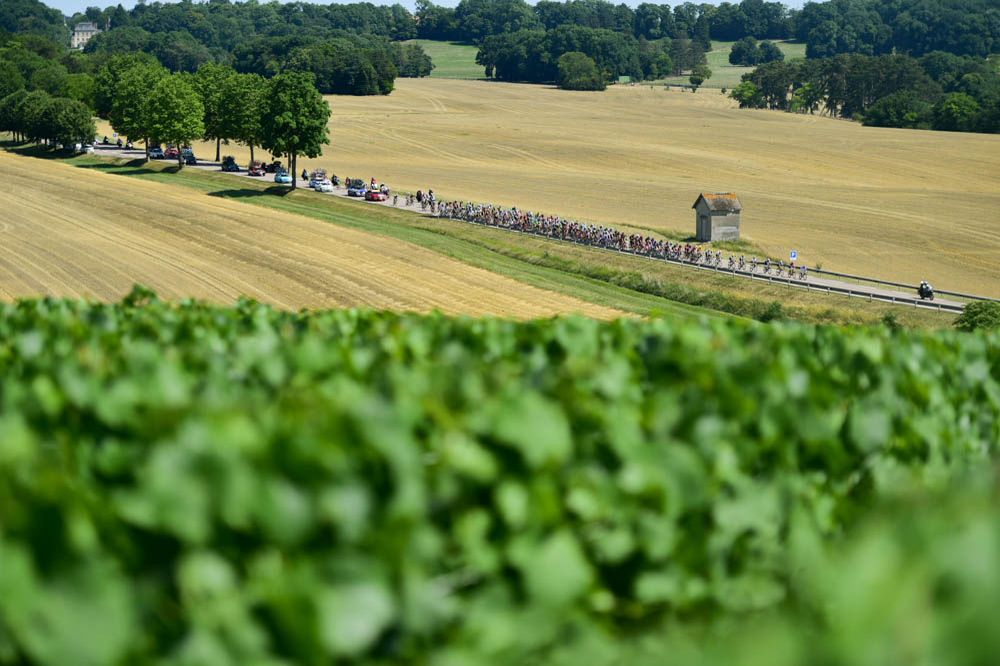 Kittel’s victory, which marked his 11th career stage win in French Grand Tour, moved him up to 143 points in the points classification, just 27 points down on leader Démare, while Michael Matthews (Team Sunweb) is 74 points adrift in third.

Kittel’s hopes of winning Stage 6 looked slim when his lead-out train broke down during the final 2 kilometers, leaving him to start his sprint from the back of the field. However, he managed to power his way through to nix Démare on the line, who in turn edged out Greipel in a photo finish.

Kittle said after stage, “the last kilometer was then again a little bit freestyle, but I had a good wheel, first from Arnaud Démare, and then I had to go at 250 meters to the front, and yeah it went perfect.”

Meanwhile, Chris Froome (Team Sky) finished safely in the main peloton to retain his yellow jersey, with a 12 second lead over his teammate Geraint Thomas.

From there, the trio went on to establish a maximum lead of 4 minutes over the peloton. However, after a long day of being out front, the peloton finally brought the curtains down on the escapees during the final four kilometers.

Teams then began amassing at the front, as they worked to move their respective sprinters into position to contest the inevitable sprint finale – with Kittel ultimately emerging victorious.