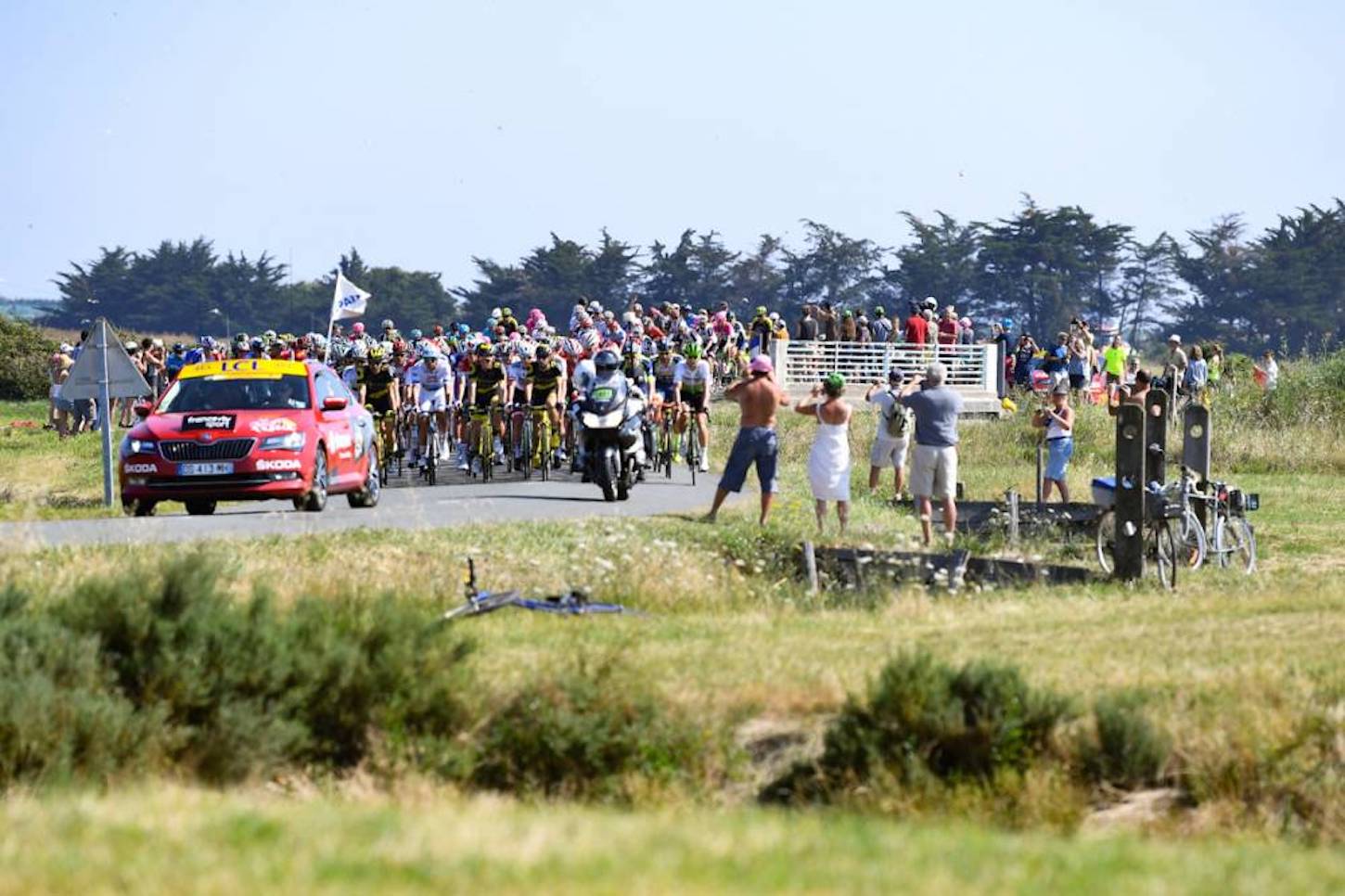 Meanwhile, defending champion Chris Froome (Team Sky) crashed during the drama, after being forced off the edge of the road a little over five kilometers from the finish, later crossing the line almost a minute after Gaviria.

Today’s 190 kilometer stage that began in Noirmoutier-en-l’Ile was a fairly sedate state of affairs, until the final 10 kilometers.

French sprinter Arnaud Demare saw his hopes of a stage win ended in a tumble, then Team Sky’s Egan Bernal, the youngest rider in the race at 21, slid off the side of the road in another incident.

Froome was the next to go, sent hurtling into a field as the road turned to the left. The defending champion was quickly back on his bike but he could not get back on to the main group as the sprint trains put down the power at the front.

As Froome chased back, he passed a helpless Quintana waiting for help with a mechanical, just another general classification hopeful to be caught up in the chaos as the peloton split into pieces.

Up ahead, Colombian sprinter Gaviria held off world champion Peter Sagan on the rise to the line to take victory, becoming the first rider to win his debut stage in the Tour since Fabian Cancellara in 2004.