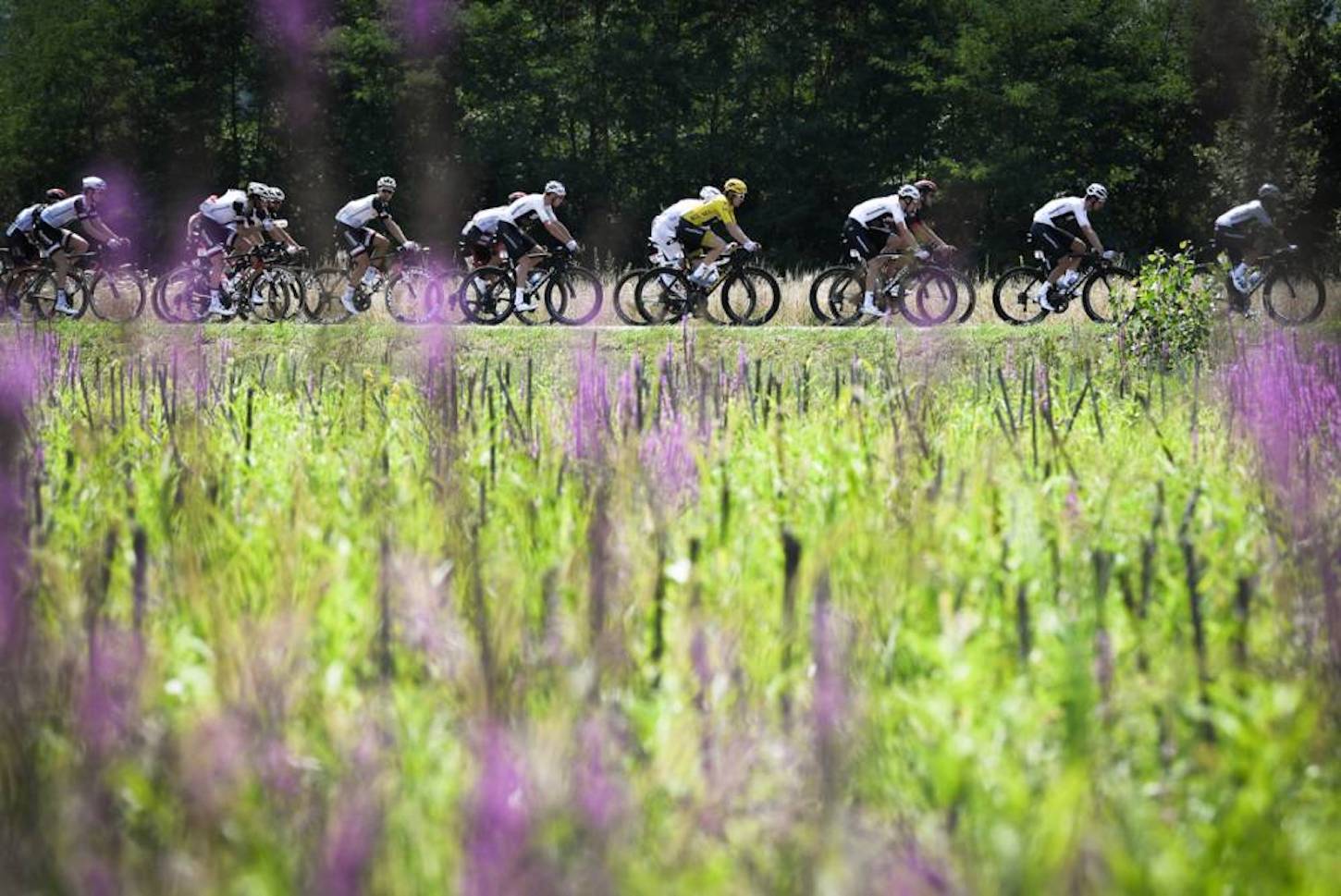 Arnaud Démare (Groupama-FDJ) claimed a well-deserved victory in stage 18 of the Tour de France in Pau today, after the French rider benefitted from a superb lead-out that allowed him to execute a final surge during the closing 200 meters to fend-off challenges from Christophe Laporte (Cofidis) and Alexander Kristoff (UAE Team Emirates) and seize the stage honors.

The stage was contested by a vastly depleted field of sprint men following the exits of Mark Cavendish, Marcel Kittel, Andre Greipel, Fernando Gaviria, Dylan Groenewegen and Michael Matthew at various points in the Tour so far.

World champion Peter Sagan, who crashed heavily on Wednesday’s stage, was active in the finale but eventually finished eighth.

Meanwhile, after two grueling days in the Pyrenees, race leader Geraint Thomas (Team Sky) was able to enjoy his seventh day in the yellow jersey during the less challenging 106-mile route from Trie-sur-Baise to Pau that featured only two minor climbs and a flat finish.

Thomas remains 1:59 ahead of Tom Dumoulin (Sunweb) in the overall classification, while his teammate and four-time champion Chris Froome is in third, at 2:31 behind.

Only two challenging stages remain, a lengthy leg through the Pyrenees tomorrow that includes three major climbs and then a technical individual time trial Saturday, before the mostly ceremonial finish on the Champs-Elysees in Paris on Sunday.